Corporate tax breaks are like a wishing well for municipalities 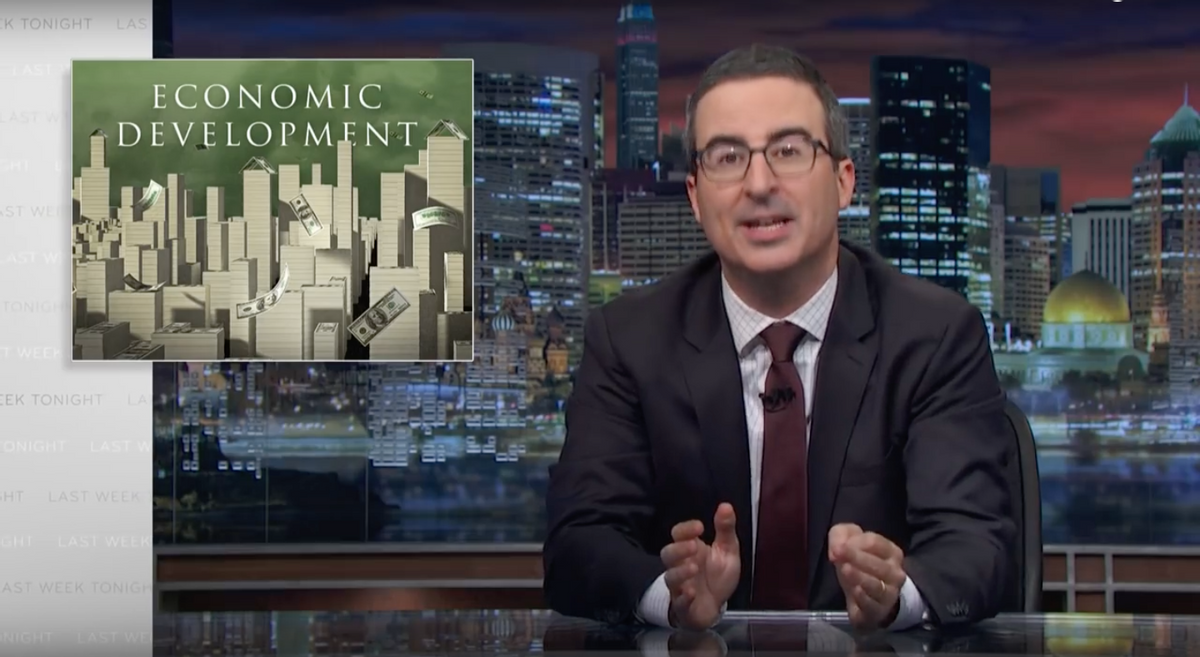 Some states were desperate to lure Amazon to one of their towns. In Georgia, the government even offered to rename a city after the tech giant. Oliver was surprised that Omaha, Nebraska, didn't offer Amazon CEO Jeff Bezos the chance to kill three people of his choosing.

"Because you know he would," Oliver said of Bezos. "He wants it so bad. It's the only thing he can't have and he wants it."

All 50 states offer some kind of incentives, such as tax breaks, to entice companies, hoping that they will attract employers, which creates jobs, which leads to spending, creating more jobs and so on. Yet this plan doesn't always work out.

Oliver used the Ark Encounter, an attraction based on the biblical story of Noah’s Ark in Williamstown, Kentucky, as a case study. The religious attraction, which received tax incentives, did create some jobs in the area, but with several catches. Ark Encounter only hires Christians, won’t allow gays or lesbians to work there, and non-married employees must sign a chastity pledge.

“Aside from the homophobia, chastity is a pretty weird rule to put in place for a museum that’s pretty much a gigantic replica of a floating fuck zoo,” Oliver said. “They weren’t brought in two by two so that everyone would have a swim buddy. They were brought to f**k.”

“We’re basically throwing money down a hole and hoping it brings us prosperity, which is the exact business model of a fucking wishing well,” Oliver said.