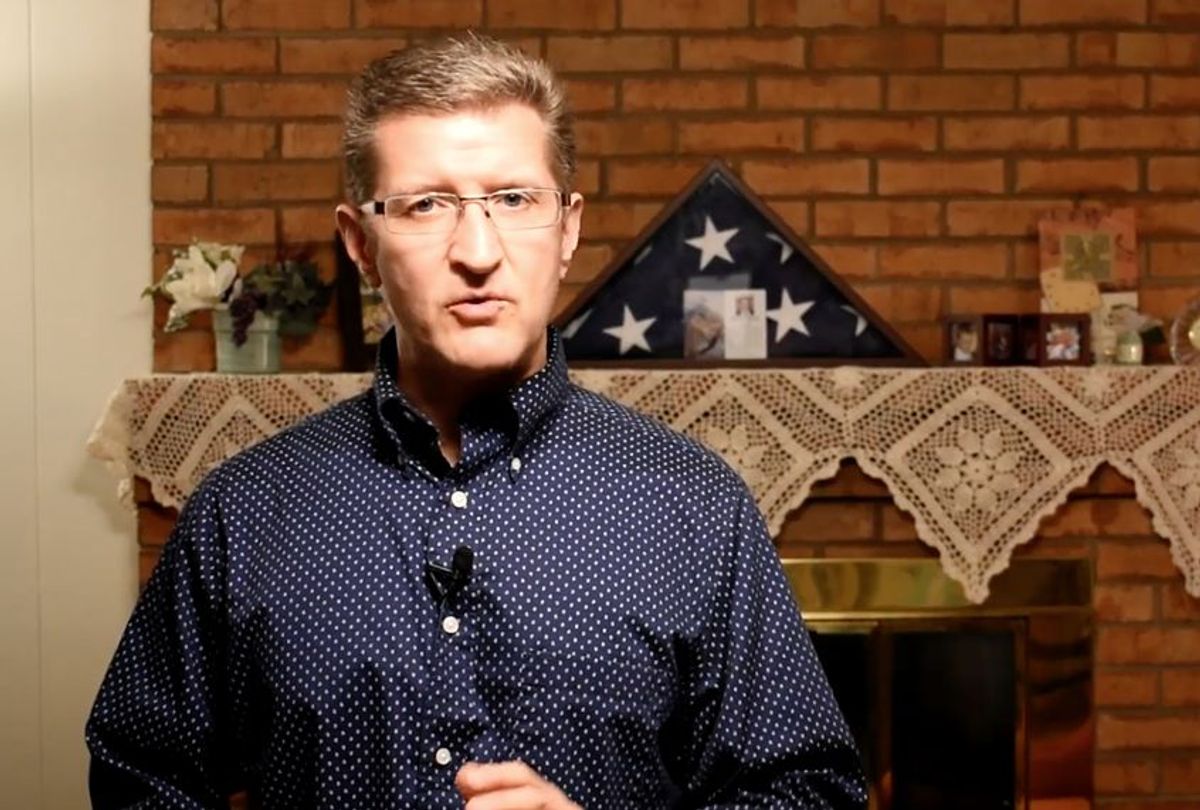 As if politics in 2017 couldn't get any weirder, a local school board candidate in Campbell County, Virginia, released a campaign ad in which he targeted a high school student — though not directly by name — and went on a strange transphobic rant, making heavy use of right-wing dog-whistles.

John Kinchen, a Republican-endorsed Campbell County school board candidate, posted the ad to his campaign's Facebook page and quickly saw a strong public backlash. "I am concerned about our Campbell County values in our schools, and how we are communicating those values to our children," Kinchen starts. Kinchen then quickly begins explaining how "transgender issues" are something that "we don't need to make an issue." "We have more important issues, or 'real issues,' to deal with," Kinchen insists, while "real issues" in scare quotes flashes on the screen.

Several students were given focus for a specific ability, talent, or achievement, which is normal for any yearbook. Each was given a two-page spread and a nice paragraph describing their accomplishment, but on pages 18 and 19, one student was highlighted for staying true to himself. This means wearing makeup and dressing in feminine clothing. He says, 'I wish people would teach their children to be open minded about things because that would save a lot of problems.' He goes on to say, 'If I could do one thing to change the world, it would be to teach acceptance.'

Kinchen cites the language in Jenkins' 2-page yearbook spread as an example of how words like "acceptance" are "code words" used by "liberal activists." "This is what is going on right here... today it is seeking approval, tomorrow it is transgender education, because it is currently being accepted and promoted in the schools."

Jenkins, however, is not even transgender.

"I like to wear makeup. I identify myself as a male," Jenkins told a local ABC News affiliate.

Several comments on the video also criticize Kinchen for targeting Jenkins, and the student agreed.

Brookville H.S. Student Mikel Jenkins (left, w/ mom) says he was singled out & inaccurately labeled as transgender instead of gay in video. pic.twitter.com/1O6s9F43PD

"I'm glad it was me, because I'm accepting of myself and I'm strong," Jenkins said.

In the video, Kinchen explained that his religious views served as a motive for his reasoning.

"It begins with persuasion then acceptance then approval where leaders and influencers condone the behavior and that way of thinking," Kinchen said. "The leaders of the school should have given more guidance to this publication. But by allowing such a piece they have tacitly condoned this way of thinking and this lifestyle. Lastly, once these ideas find their way into approval, it is normalized."

The grueling, cringe-worthy video is nearly four minutes in length and, in the end, makes little sense. But it follows a pretty normal right-wing playbook: take those who express some sort of difference (in this case it is presentation of gender), suggest that they have an agenda that they are trying to impose on a tight-knit community, and then force the idea of said group as a big "other" that is inherently hostile or different to the community's values. The video itself is full of these sorts of right-wing dog whistles, phrases like "liberal activists," "common sense," and "homosexual marriage equality" that subtly marginalize the LGBTQ community and mark them as inherently odd.

"These are not national issues, these are local issues that affect... our society here in Campbell County," Kinchen concludes. "Join with me to reaffirm our values."