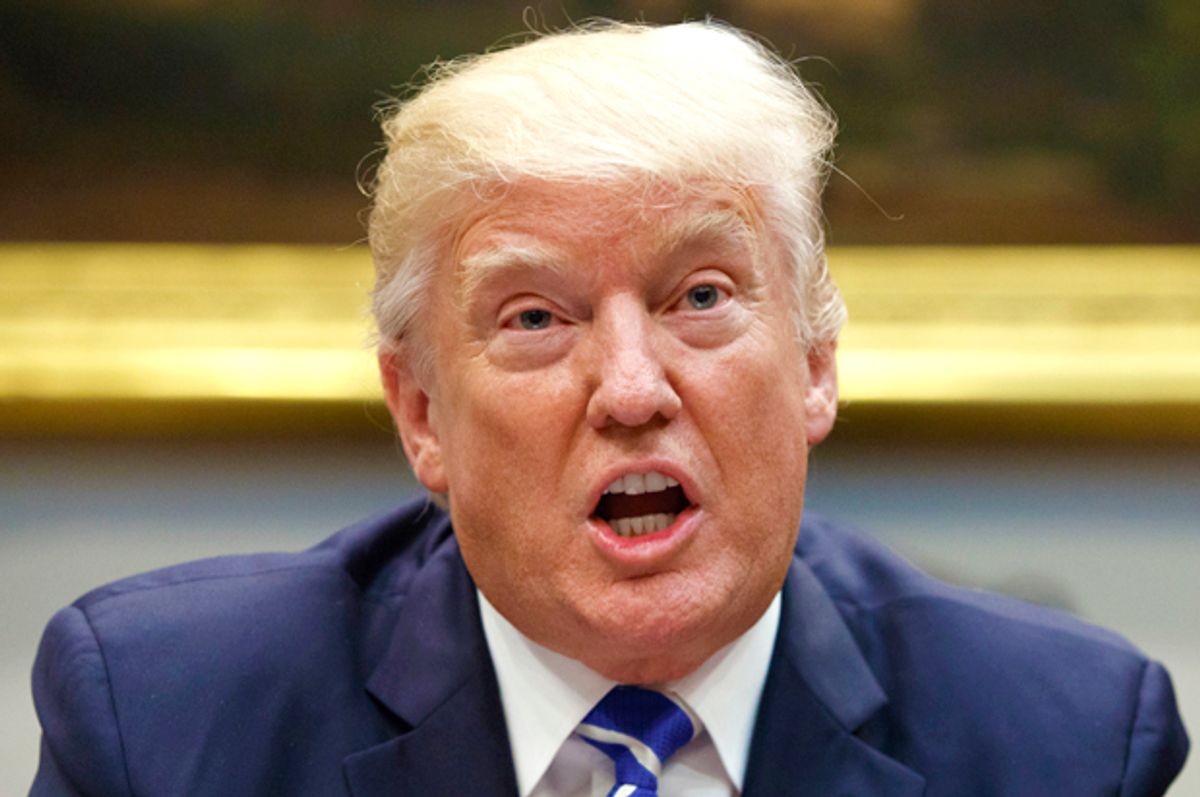 Rep. Al Green, D-Texas, vowed Wednesday to call for a vote on President Donald Trump's impeachment. In a fiery speech on the House floor, Green said that he will initiate impeachment proceedings before Christmas.

“I now announce that before Christmas, there will be a vote on the chief inciter of racism, bigotry, hatred, xenophobia, sexism, ethnocentrism. There will be a vote in the U.S. House of Representatives on the impeachment of the president,” Green said in a House floor speech.

Earlier this month, Green introduced his articles of impeachment. He did not mention a crime for the reason to remove Trump out of office. Instead, he asserted that the president was "fueling an alt-right hate machine" that's "causing immediate injury to American society."

The Texas lawmaker, whose district covers parts of Houston, cited Trump's equivocating response to the violence in Charlottesville at the hands of a white supremacist and his attacks on NFL players for kneeling during the national anthem to protest police brutality. He also denounced Trump's now-debunked claim that former President Obama ordered a wiretap of Trump Tower.

Green said at the time that this behavior has "undermined the integrity of his office" and "brought disrepute on the presidency."

In his speech Wednesday, Green acknowledged that he may face political pushback for his impeachment campaign but said that his conscience required him to impeach the president.

“And while I have been told that there are political consequences for what I will do, I accept the consequences,” Green said. “Whatever others will do is their choice. My conscience dictates that I will vote to impeach. Let others do what they may. History will judge us all.”

A former trial attorney in Houston, Green has been one of the leading anti-Trump voices in Congress.

“I pray that this country will continue to reject what the inciter-in-chief, Donald J. Trump, has been causing this country to have to endure,” Green said.

Trump's impeachment has been contemplated by political scientists and historians ever since he took office. Legal ethics experts say that Trump is and has been violating the emoluments clause in the Constitution. The Constitution reserves impeachment proceedings for "high crimes and misdemeanors," but does not specify which conduct would arise to such a level.

Fox News pulled an ad advocating for President Donald Trump's impeachment, claiming that it had a "strong negative reaction" among its viewers.

Watch Green's speech on the House floor below: