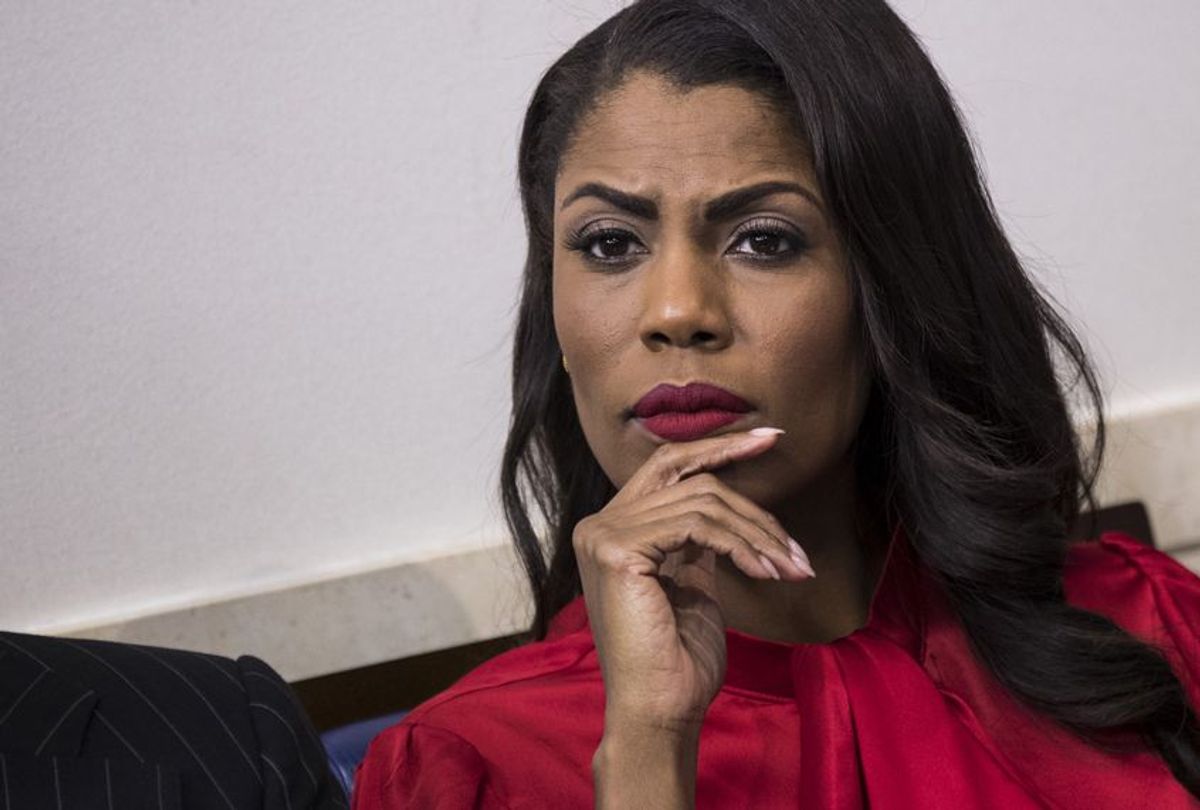 The current director of communications for the Office of Public Liaison, Manigault formerly worked for the Clinton administration under former Vice President Al Gore. She later gained notoriety for her fiery, combative 2004 appearance on NBC’s Donald Trump-hosted reality show "The Apprentice." She later returned to the franchise in the 2008 season of  "The Celebrity Apprentice" and "Celebrity Apprentice All-Stars" in 2013.

After her appearances on his show, Manigault would maintain an on-and-off professional relationship with the future president, eventually joining his 2016 national campaign as director of African-American outreach during the Republican National Convention. She would return to the executive branch, this time under Trump, landing in the Office of Public Liaison, the White House department dedicated to communicating with interest groups and other public organizations.

According to Politico, Manigault brought some of her 39-person bridal party to the Rose Garden and the West Wing for a photo shoot connected to her wedding in April. Reportedly, the move came as a surprise to several security officials who were not briefed before the arrival of Manigault's friends and family. Politico further states that it is unknown whether or not Manigault had prior authorization for the shoot and that she was subsequently prohibited from posting the resulting photos to social media due to “security and ethical concerns.”

These reports of Manigault's behavior further call into question the reputation of an office already under fire due to a perceived lack of organization and significance. Sources for Politico's report called it a “dumpster fire place to work” and noted that early on in the administration "there was no organization, no calendar, nothing."

Overall, the primary role of the office is to organize support for the President’s policy agenda from third-party groups such as veterans associations, businesses and religious organizations. White House Press Secretary Sarah Huckabee Sanders has claimed that the office has executed these responsibilities but acknowledged that “the early months were not as smooth as they could have been.”

Former director of the Office of Public Liaison, George Sifakis, whose tenure lasted from March until September, provided little direction for employees, Politico reports. Currently, Johnny DeStefano serves as director on an "acting" basis under the close watch of Chief of Staff John Kelly.

Politico's report further describes Manigault as “a particular problem in the office” and “a distraction” due to several incidents. In one case, she referred to herself as "The Honorable Omarosa Manigault" in an invitation to the White House sent to members of the Congressional Black Caucus. The self-appointed title has no basis in precedent or protocol.

In July, Manigault was heckled by the audience during a contentious and arguably mishandled appearance at the convention of the National Association of Black Journalists.

These are only her most public foibles. The Politico report hints that there are more behind the scenes and that the office itself remains somewhat rudderless. It also suggests that Manigault's access to the Oval Office is more limited now, though the website underscores that she remains on good terms with the president.