Why you shouldn't try to reason with Trump supporters 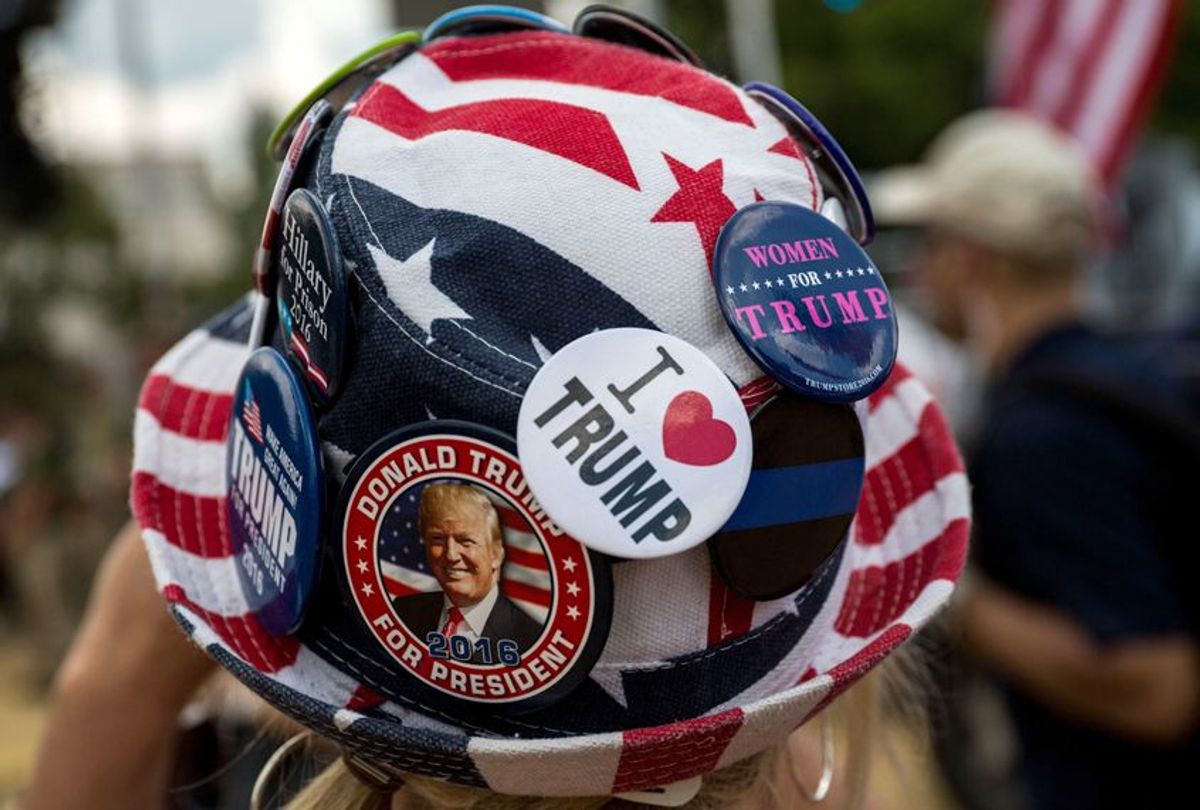 A year ago, in the wake of President Donald Trump's stunning election win, you couldn't swing a dead cat in the Rust Belt without hitting a Trump supporter who understood the president-elect's flaws, but insisted on giving him a chance to follow through on his campaign promises. Over the next 365 days, reporters visited and re-visited so-called Trump country — even as support for him dwindled in those areas — searching for the reasons why people continued to pledge their support for making America great again.

A new Politico Magazine profile of die-hard Trump supporters in Johnstown, Pa — the heart of Trump country — suggests that Trump's most fervent fans haven't swayed in their support, even as the president continues to break (or forget) his promises. Here's one Johnstown, Pennsylvania, native, telling a Politico reporter why he liked Trump.

“Everybody I talk to,” he said, “realizes it’s not Trump who’s dragging his feet. Trump’s probably the most diligent, hardest-working president we’ve ever had in our lifetimes. It’s not like he sleeps in till noon and goes golfing every weekend, like the last president did.”

I stopped him, informing him that, yes, Barack Obama liked to golf, but Trump in fact does golf a lot, too—more, in fact.

Del Signore was surprised to hear this.

He did not linger on this topic, smiling and changing the subject with a quip. “If I was married to his wife,” Del Signore said, “I don’t think I’d go anywhere.”

This is the Trump supporter in a nutshell: When confronted with facts, the topic changed. The sources they use to get their information on a daily basis are suspect: Friends, family and Fox News. The latter is, well, Fox News, but the former are the people who were absolutely certain that Obama was the antichrist.

In short, the Trump die-hards are not sound on policy or history — recent or otherwise. It wouldn't be fair to say that they're unfairly ridiculed, because they constantly wave their ignorance around like it's a flag.

The modern Trump supporter is living in a state of downplayed disappointment — like a child taking a bite of black licorice thinking it was chocolate, feeling regret, then accepting the candy anyway. In a year, despite the president's Twitter gloats, things aren't really getting better in their town. They have essentially been forgotten about. But instead of screaming in anger, they've taken to rooting on the sidelines and overlooking the small slights that hint that Trump doesn't care about them whatsoever.

Let's head south for a brief detour, where, in Florida, an MSNBC correspondent revisited the Jacksonville-area town of Mayport. One woman said that she voted for Trump and was pleased with her choice. She was asked how things had improved since his election.

"A lot of more patriotism and everything like that," she said.

Just like today, one year ago the conventional wisdom was that Trump was political .

I went back to Florida country to check in with some of his swing voters, who are still with him.

But are there enough of them to hold off #TheResistance? https://t.co/QlTbvdnxzZ

Adaptation is one of the core elements of humanity, but like certain parts of the Trump base, evolution doesn't exist. Let's go back to Johnstown, where, like much of Appalachia, they're waiting for coal and steel to come back to their economically-depressed town.

Politico found that there are jobs opening up in the town, but the problem is that no one wants to work them.

Some of the later-in-life blue-collar workers who are still here can be loath to learn new trades. “We’ve heard when working with some of the miners that they are reluctant because they’re very accustomed to the mining industry,” said Linda Thomson, the president of JARI, a non-profit economic development agency in Johnstown that provides precisely the kind of retraining, supported by a combination of private, state and federal funding, that could prepare somebody for a job in Polacek’s plant. “They really do want to go back into the mines. So we’ve seen resistance to some retraining.”

And there's the 500-pound gorilla in the room: Race. One can say that racism exists in America without necessarily seeing it in everything. But in Johnstown, there's definitely a bit of racism.

Here's what one woman had to say about the Mexican border wall, and Mexican people.

And this exchange that a married couple had in front of a Politico reporter over one of the president's cause célèbres — National Football League players protesting during the national anthem.

“Shame on them,” Del Signore said over his alfredo. “These clowns are out there, making millions of dollars a year, and they’re using some stupid excuse that they want equality—so I’ll kneel against the flag and the national anthem?”

“Well,” Del Signore responded, “I hate to say what the majority of them are …” He stopped himself short of what I thought he was about to say. . .

She looked at me.