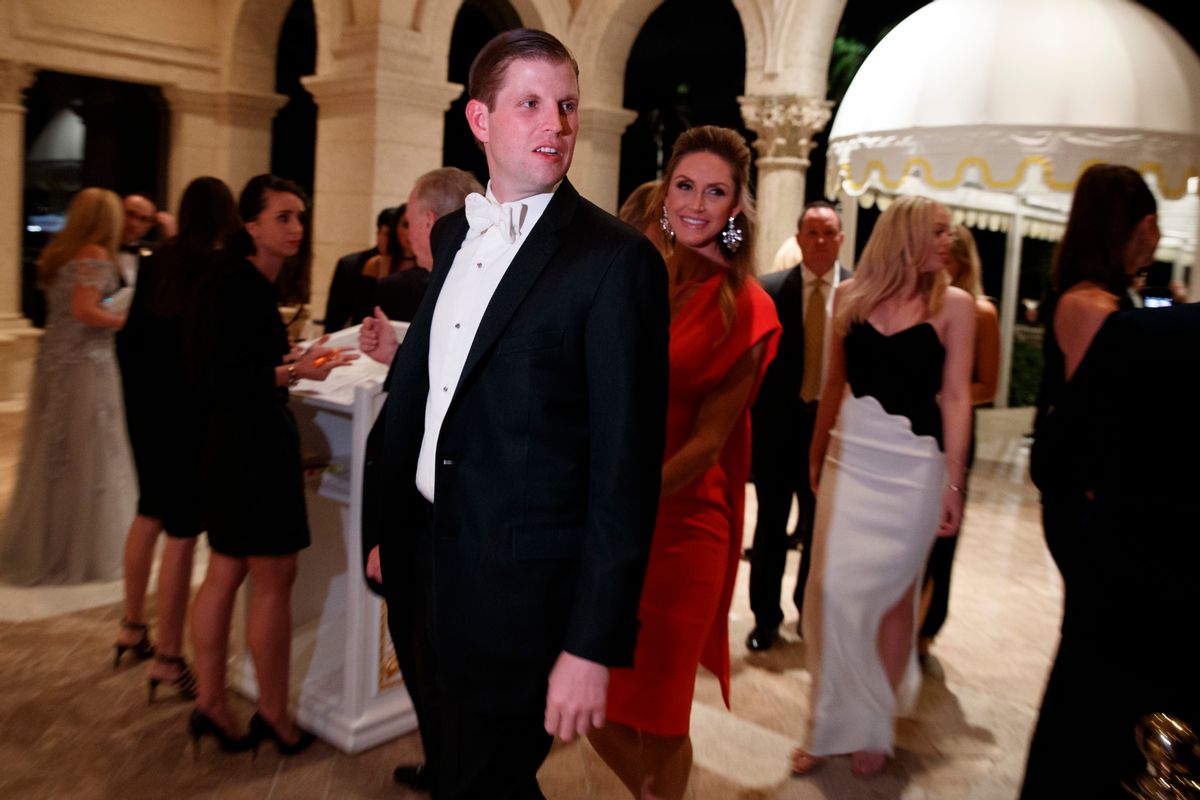 Eric Trump's brother-in-law has been promoted to lead a policy shop in the Department of Energy that was once in charge of steering former President Barack Obama's climate change agenda, drawing more concern that President Donald Trump's administration is being treated like a family business.

Kyle Yunaska, the brother of Trump's wife, Lara Trump, was promoted to be the chief of staff of the Energy Department's Office of Energy Policy and Systems Analysis on Wednesday, according to E&E News.

Yunaska landed a job with the policy shop in February when he was working with "the 'beachhead team' of temporary political employees," Axios reported at the time.

In terms of qualifications to lead a policy shop that once directed Obama's climate change agenda, just four years ago, Yunaska was featured on Inside Edition's 2013 competition to find Washington, D.C.'s "hottest bachelors" — and didn't win.

Not much else is known about Yunaska, who has no prior background or history working in energy policy. "His Facebook page lists his position as a tax analyst at Georgetown University and former accounting manager at the Association of Schools and Programs of Public Health," Axios reported.

The move raises more concerns about rampant nepotism throughout the Trump administration, as members closest to the Trump family have received key positions despite not having had any similar prior experience.

Yunaska is perfectly positioned to act as a sycophant for an administration that has taken drastic environmental deregulation measures and has openly denied, or at least questioned, the science behind climate change.

The Department of Energy was not available for comment.