Far from being shunned, former Trump staffers are living the high life 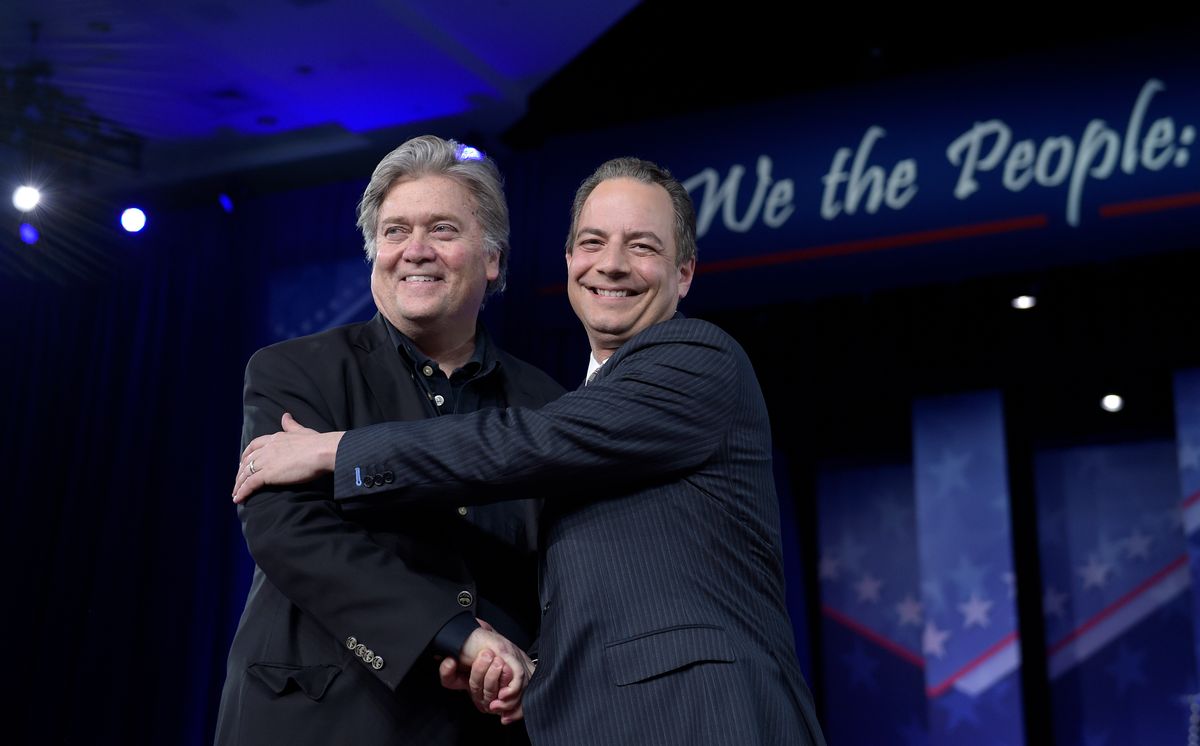 From private jets to five-figure speaker fees, the Trump White House's former staffers live in the lap of luxury. A new profile from Politico covered the celebrity lifestyles of three high-profile former staffers.

Bannon, the former White House chief strategist, flies only by private plane now and is accompanied by a security team at all times. Priebus, the former White House chief of staff, spends his Friday afternoons at an extravagant golf club in Alexandria, "sipping Heineken on the patio and trying to break 90 over 18 holes," Politico reported. He stays busy by charging $50,000 for speaking engagements, in which he talks about his time at the White House.

"I can count on one hand the number of publicly negative experiences I've had," he told Politico. "One hundred percent, I get treated better."

Those who joined President Donald Trump in the White House did so with great risk. Trump was a widely-unpopular candidate, and a resistance had already formed against him during the transition period. Nevertheless, those who helped orchestrate his campaign enthusiastically accepted roles in the West Wing. Bannon, Priebus and Spicer all became entrenched in the president's inner circle.

But, for various reasons, the three departed the White House, joining a long list of names who have left Pennsylvania Avenue this year.

There was some speculation that Bannon, Priebus or Spicer would try to bring down the president once they left the White House. Reports on the constant infighting and the tiring job of defending their inept boss were thought to have spurned at least one of the staffers. Yet all three speak highly about their time in the West Wing and have been steadfast Trump apologists.

It appears there will not be a day of reckoning for either three. The "drain the swamp" narrative that Trump yapped about in the campaign specifically criticized the way people in Washington profit off their relationships with high-power people. Yet Bannon, Priebus and Spicer all seem to be doing just that. And the Trump base hasn't shown any concern for the former staffers' new lifestyles.

These three post-White House lives contrast strongly with that of Gen. Mike Flynn, whose legal bills continue to pile up as he becomes the focus of the investigation into Russian interference in the 2016 presidential election.