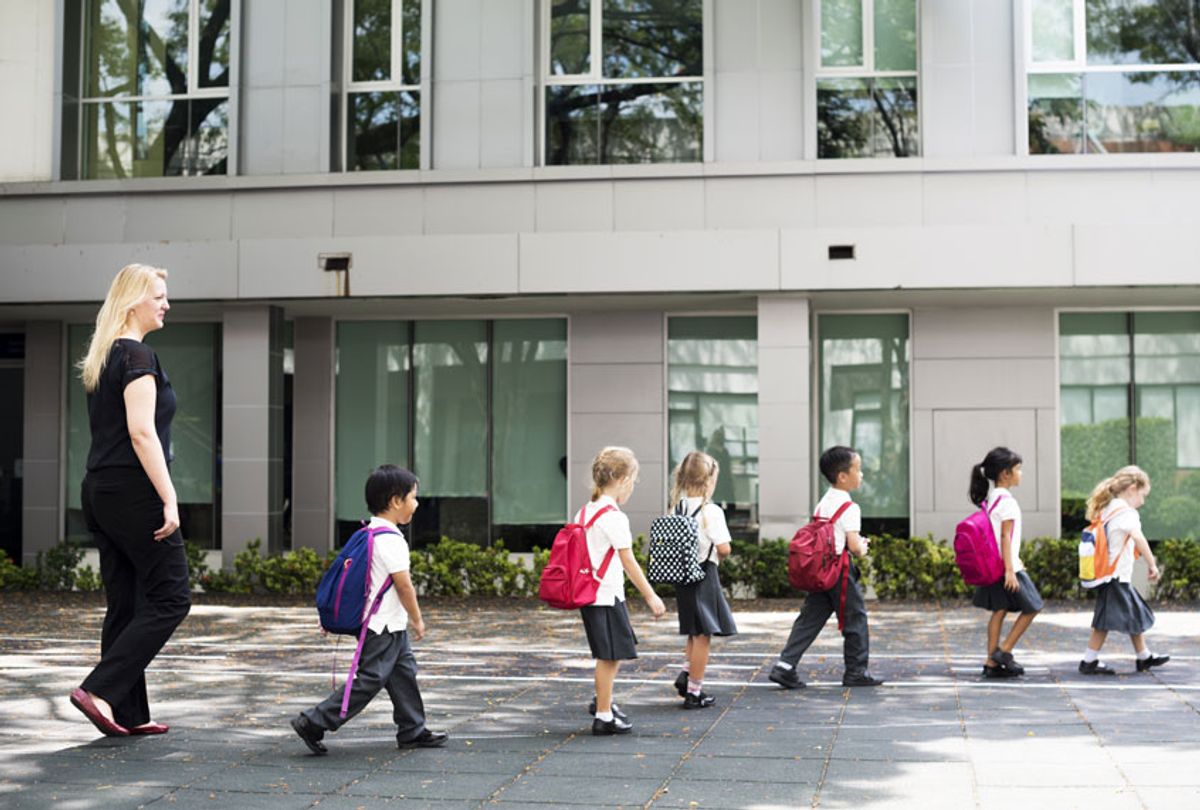 Chicago shuttered some 50 schools in 2013. Since then, voter turnout and support for Democrats in the affected neighborhoods has plunged. What's the connection? In the latest episode of the Have You Heard podcast, AlterNet education editor Jennifer Berkshire talks to political scientist Sally Nuamah about the political fallout from the closures, and why shuttering schools ends up undermining democracy.

Jennifer Berkshire: There's been a lot of attention paid to how students who attended the schools Chicago closed down in 2013 are faring now. But you've been measuring a different kind of impact: what's happened to those communities in terms of voter turnout and democratic participation. What are you finding?

Sally Nuamah: We’re basically finding that support among the African American community for the Democratic Party, specifically in areas where closures occurred, decreased in a really substantial way. You actually see lower levels of participation, higher levels of negative attitudes toward people who are in the same parties in which most of these people identify, which is the Democratic Party.

Beyond that, you see these communities are further losing population. There’s less will, or less faith, in the traditional public school system across this population, because they are afraid they’re going to be betrayed again, they’re going to have to move schools again, and that’s a very volatile situation. Then there is the economic piece, and the fact that the number of African American teachers in Chicago has declined by 40%.

Berkshire: You describe people in the Chicago neighborhood where you grew up talking about the potential closing of a school in 'life and death' terms.  What did they mean?

I would hear people specifically say that people would think that they failed. Their kids would think that they failed, because the institutions that their kids attended were being closed down and they couldn’t protect it.  So, [school closings] have to do not just with social and economic issues but also in terms of what people are modeling, what their teaching to their younger people. What they’re able to protect for the next generation to come, they were leaving assets that were passed down to them from prior generations, especially because schools have always been at the center of civil rights and the fight for equality.

Berkshire: Whenever you see a big battle over closing schools, like the one in Chicago back in 2013, inevitably you’ll hear questions about why people fight so hard to save a failing school. But as you found out in your research, that question misses something fundamental about how residents in these neighborhoods see public schools and the role that they play.

Nuamah: What you find is that when communities are opposed to school closures, it’s not that they want to go to bad schools — they’re rational human beings. It has more to do with the larger historical, social, and community-based roles that schools have played. In African American communities in particular, public schools had long history of being the first public institutions in which African Americans got access. That led to mayoral positions, and other kinds of political positions thereafter.  But not just that: schools historically have been a main social mechanism for the black middle class.  A lot of people end up in black middle class status after the industrialization, through jobs in the education sector.

All those acts I mentioned actually aren’t related directly to student achievement, but play an important social, economic, and political role in these communities, especially after industrialization.  That is in part why a school and education policy has always had a central role and narrative around Civil Rights, and the social mobility of minority, especially black, populations.

Berkshire: As a regular chronicler of school reform efforts and the backlash against them, I'm struck again and again by the fact that the people 'fixing' the schools have a much more narrow understanding of what schools do — and what people want from schools — than those on the receiving end of the fix. This seems like a classic example of that.

Nuamah: When you replace public schools with new schools that don’t account for these larger social, economic, and political roles schools have always played in these communities, it actually undermines why these people think that these institutions are important, and why they’re something that we are still fighting for.

This is an edited transcript. Listen to the entire interview. Learn more about Sally Nuamah's research on the political fallout from school closures at SallyNuamah.com.

Jennifer Berkshire is the education editor at AlterNet and the co-host of a biweekly podcast on education in the time of Trump.