After years of rumors, 5 women have come forward with disturbing allegations in The New York Times 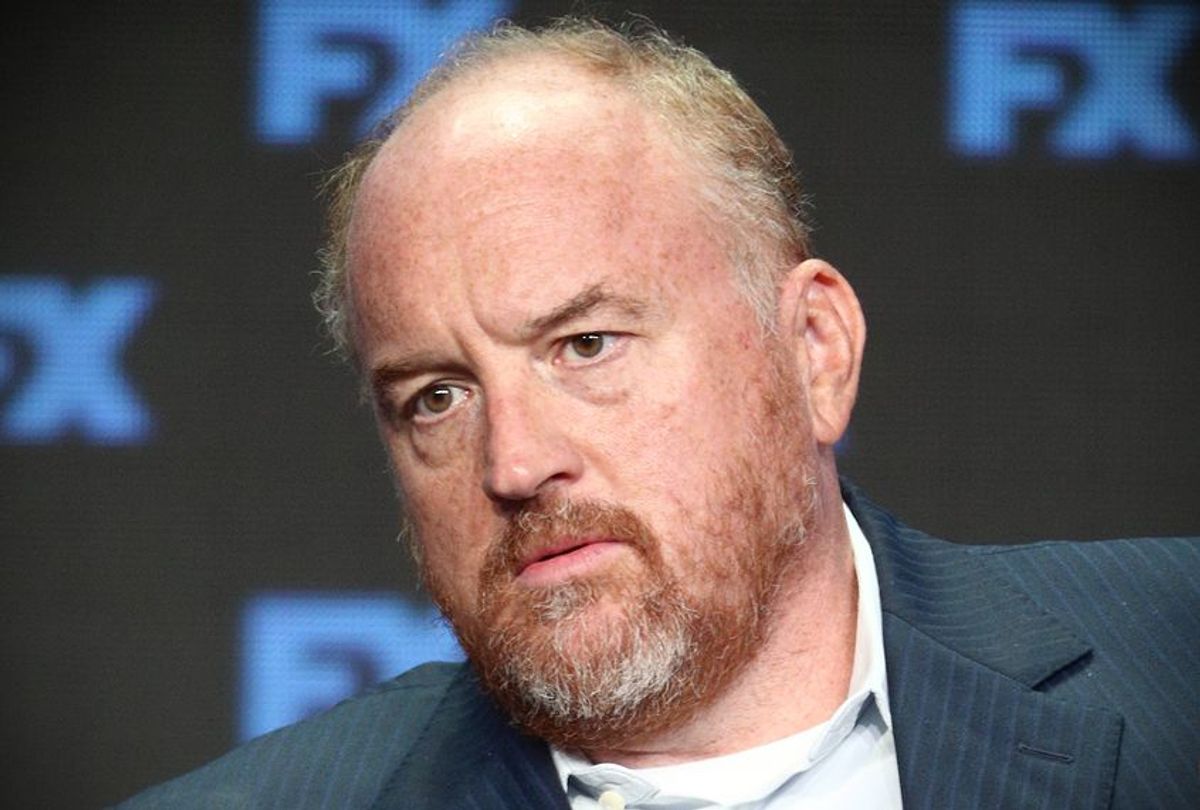 A new exposé printed Thursday afternoon in The New York Times surfaces allegations of sexual misconduct against comedian, writer, director and producer Louis C.K. by five women. All of the women — three of them named, two of them anonymous — claim that Louis C.K. masturbated in front of them in an alleged pattern of behavior that dates back to at least 2002.

While disturbing and shocking, the accusations in the Times do not come as a great surprise for many. For years, rumors have swirled around Louis C.K., loud whispers that directly mirror the allegations printed in the paper Thursday.

Months before the backlash against sexual abusers in Hollywood began, comedian and former Louis C.K. creative partner Tig Notaro told The Daily Beast that the comedian needed to “‘handle’ his sexual-misconduct rumors.”

Though she did not explicitly accuse Louis C.K. of anything in particular, Notaro said she had a run-in with the comedian and that, since then, they have had zero interaction. She added that his limited involvement in her show, “One Mississippi,” had come to an end. Louis C.K. would subsequently decline to comment on the issue to the Times in late summer.

Years before Notaro gave that interview, the now-defunct website Gawker published multiple articles either sourcing or pointing to anonymous women who claimed to have had experiences similar to those who shared their stories in the Times’ exposé. Indeed, the narratives are so similar, that there is a decent argument to be made that they are the same women.

In 2015, Jen Kirkman also alluded to a “known-perv” in the comedy world who could essentially end her career if she were to expose him.

“And this guy didn’t rape me, but he made a certain difficult decision to go on tour with him really hard,” she said at the time. “Because I knew if I did, I’d be getting more of the same weird treatment I’d been getting from him." It was long supposed that the comedian in question was Louis C.K., given that the two had toured together.

Almost immediately after the the Times published its article on Thursday, Kirkman took to Twitter to lend her support to the women who have come forward as well as Notaro. She added that she will “no longer casually call Louie a friend," and said she "can’t support what I now KNOW are his contributions to the power dynamic in this business.”

When women speak, don't sensationalize it and make it about naming the man. Our stories run deeper. It's our culture that damns us if we do or don't or shames us if we have made peace. It's time to listen to how women want this to be talked about. The end.

According to the Times, Louis C.K. allegedly masturbated in front of or on the phone with no less than five women. Each of the individual stories of these women bear marked similarities to those of the others.

Cox confirmed the incident and said she felt “outrage and shock,” in a statement. “What happened to Rebecca on that set was awful,” she said in a statement to the Times. “My concern was to create an environment where Rebecca felt safe, protected and heard.” Regardless of all of this, Corry chose to continue with the pilot, concerned that her career might suffer.

As well, Louis C.K. has intermittently, inconsistently decried misogyny and sexism in his routines. Men are "the number-one threat to women," he said in one standup performance. "Globally and historically, we're the number-one cause of injury and mayhem to women. We're the worst thing that ever happened to them."

Some critics have seen Louis C.K.'s approach to misogyny either as cruelly ironic or deflective, given the persistent rumors about him.

The Times also reported that Louis C.K.’s manager, Dave Becky, worked to suppress any evidence or rumors about the comedian's behavior.

Becky was allegedly angered when Dana Min Goodman and Julia Wolov, two comedians who claim they were together when Louis C.K. committed another act of sexual misconduct in front of them, were openly discussing the incident. Concerned with Becky’s power as a manager for some of top comedians in America, the two women withdrew from any future projects involving the comedian and Becky. Times writes that “Becky was adamant in an email that he ‘never threatened anyone.’”

While Louis C.K.’s publicist told the Times that neither he nor his client would be providing a comment on the paper's report, almost as if the accusations were not on their radar, Louis C.K.’s actions in the last few hours implies otherwise. As the publication of the exposé drew near, Louis C.K. withdrew from an appearance on “The Late Show with Stephen Colbert” scheduled for Thursday evening, and the nighttime premiere for his upcoming film, “I Love You, Daddy,” was cancelled.

At this point in time, it's unclear how Louis C.K. will fare in the face of these accusations. However, given the recent downfall of Harvey Weinstein and Kevin Spacey, the outlook for the comedian seems bleak.

Following waves of accusations against Weinstein and Spacey ranging from sexual harassment to rape, both were fired from their respective positions and became industry pariahs in a matter of days (if not hours).

Though Louis C.K.’s alleged pattern of misconduct seems to be arguably less serious, our patience and tolerance for sexual abuse within the Hollywood power structure also seems to be decreasing by the day. It's easy to imagine that this is the beginning of a very long, very lean time for the comedian.