A paranoid veteran, the "deep state," and his disturbing death

How did David Crowley die, and did his alt-right, dystopian theories play a role? 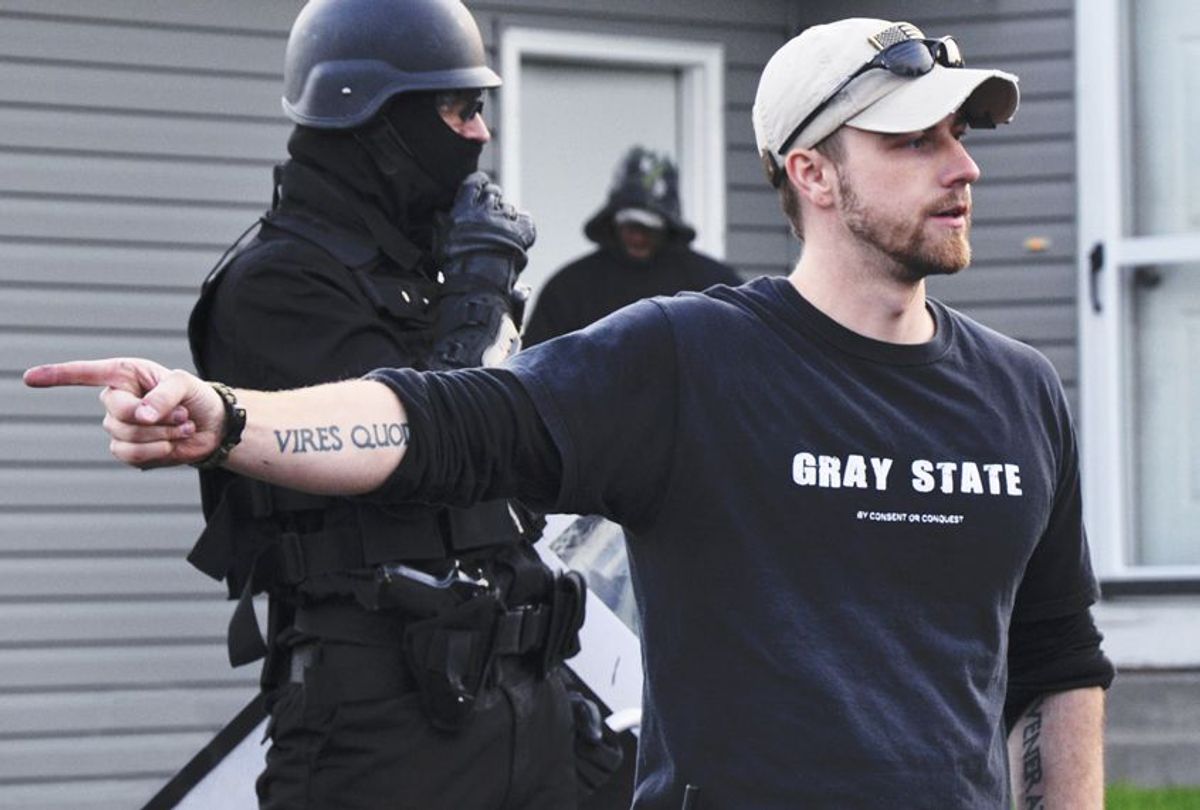 For those of us who feel like we’ve been tumbling down a rabbit hole of despair since the election of Donald Trump, it's worth grabbing hold of something solid for a moment to take a look at Erik Nelson’s new documentary, “A Gray State,” now in theaters.

The film gets its name from its subject, David Crowley, an aspiring filmmaker and war veteran who was making a movie called “Gray State,” a paranoid’s message to audiences about the demise of democracy by a big government under the power of a New World Order. And then, in real life, he killed himself, his wife and his child.

But the weirdness, and awfulness, didn’t stop there; conspiracy theorists glommed onto Crowley’s case and whipped up a frenzy of suspicion, suggesting he may have been murdered by the very forces he was trying to document. Talk about a tangled web.

Nelson, a veteran director and longtime producer behind Werner Herzog, including his “Grizzly Man,” another film about a charismatic, delusional man who ends up tragically dying, sat down on "Salon Talks" with me relayed his belief that when Crowley was, “writing and creating ‘Gray State,’ he was really writing about himself,” he said. “It was a very intensely personal description of his own life and demons.”

But like fellow, deep-thinking Herzog, Nelson sees all of humanity reflected in Crowley, especially now for those of us wrestling with our strange Trumpian reality. Watch the video above to hear Nelson relate his takeaways from following Crowley to the state of mind many of us experience today.

There is a “gray state that we’re all living in as we woke up on election morning,” Nelson said.  “There is this parallel universe that we didn’t believe existed.”