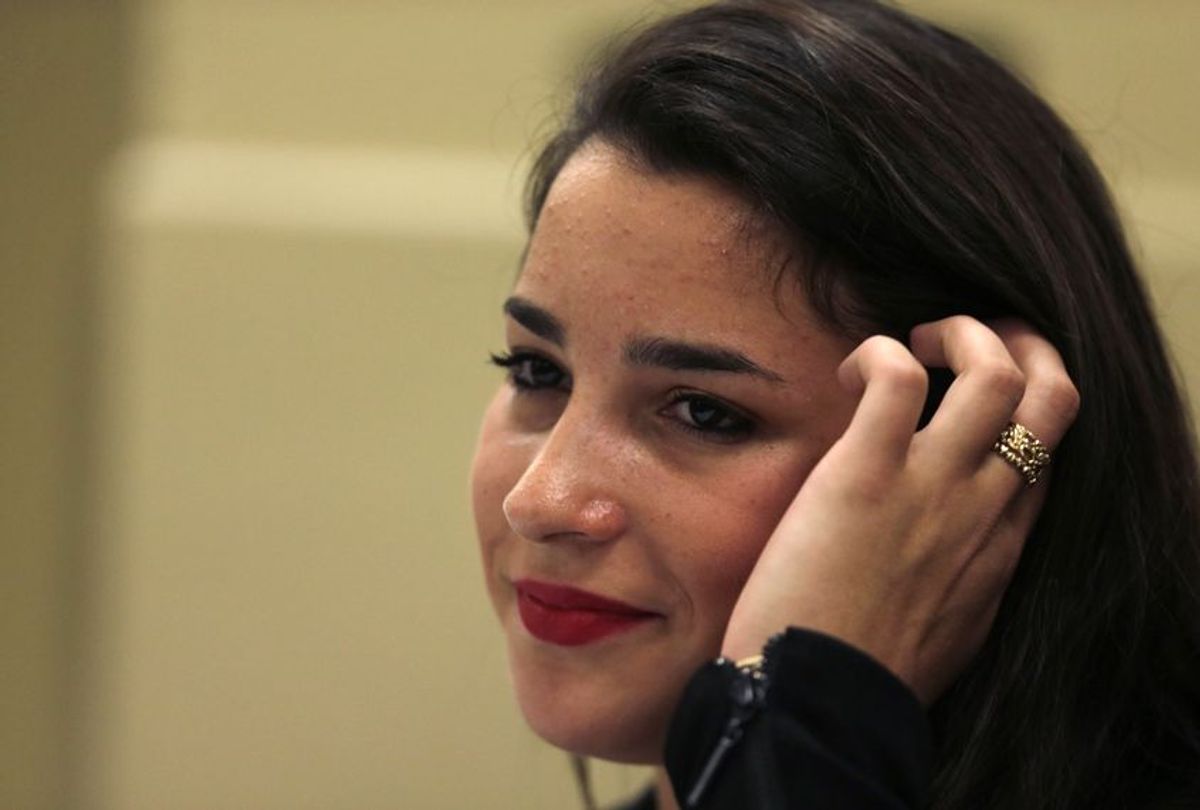 Aly Raisman, a gymnast who won gold medals for the United States in the 2012 and 2016 Olympics, is accusing her team doctor, Larry Nassar, of sexually abusing her.

"I am angry. I'm really upset because it's been — I care a lot you know, when I see these young girls that come up to me, and they ask for pictures or autographs, whatever it is," Raisman told "60 Minutes" in an interview scheduled to air on Sunday. "I just — I can't — every time I look at them, every time I see them smiling, I just think — I just want to create change so that they never, ever have to go through this."

Raisman also made it clear that she objects to the line of questioning from critics who challenge the alleged victims for not speaking up sooner.

"Why are we looking at why didn’t the girls speak up? Why not look at, what about the culture? What did USA Gymnastics do, and Larry Nassar do, to manipulate these girls so much that they are so afraid to speak up?" Raisman told "60 Minutes."

USA Gymnastics addressed the allegations in a statement saying, "We want to work with Aly and all interested athletes to keep athletes safe. We are appalled by the conduct of which Larry Nassar is accused, and we are very sorry that any athlete has been harmed during his or her gymnastics career."

Raisman is hardly the first woman to speak out about Nasser. McKayla Maroney, another Olympic gold-medal gymnast, accused the doctor of sexually assaulting her for years, last month. This included allegations that he began abusing her when she was 13 years old under the guise of providing her with "medically necessary treatment" and drugging her when she was 15 years old, in what she called "the scariest night of my life."

Nassar is now in jail facing 22 charges of first-degree criminal sexual conduct, as well as charges of sexually abusing a family friend and possessing child pornography. He has already pleaded guilty to the latter charges.

It is entirely possible that, even with the recent accusations by Maroney and Raisman, we have only seen the tip of the iceberg here. As an attorney representing the girls, John Manly, told "60 Minutes" in February, "I believe what — at the end of the day there are members of every single Olympic team since 1996 he did this to. That’s what we’re gonna end up with."