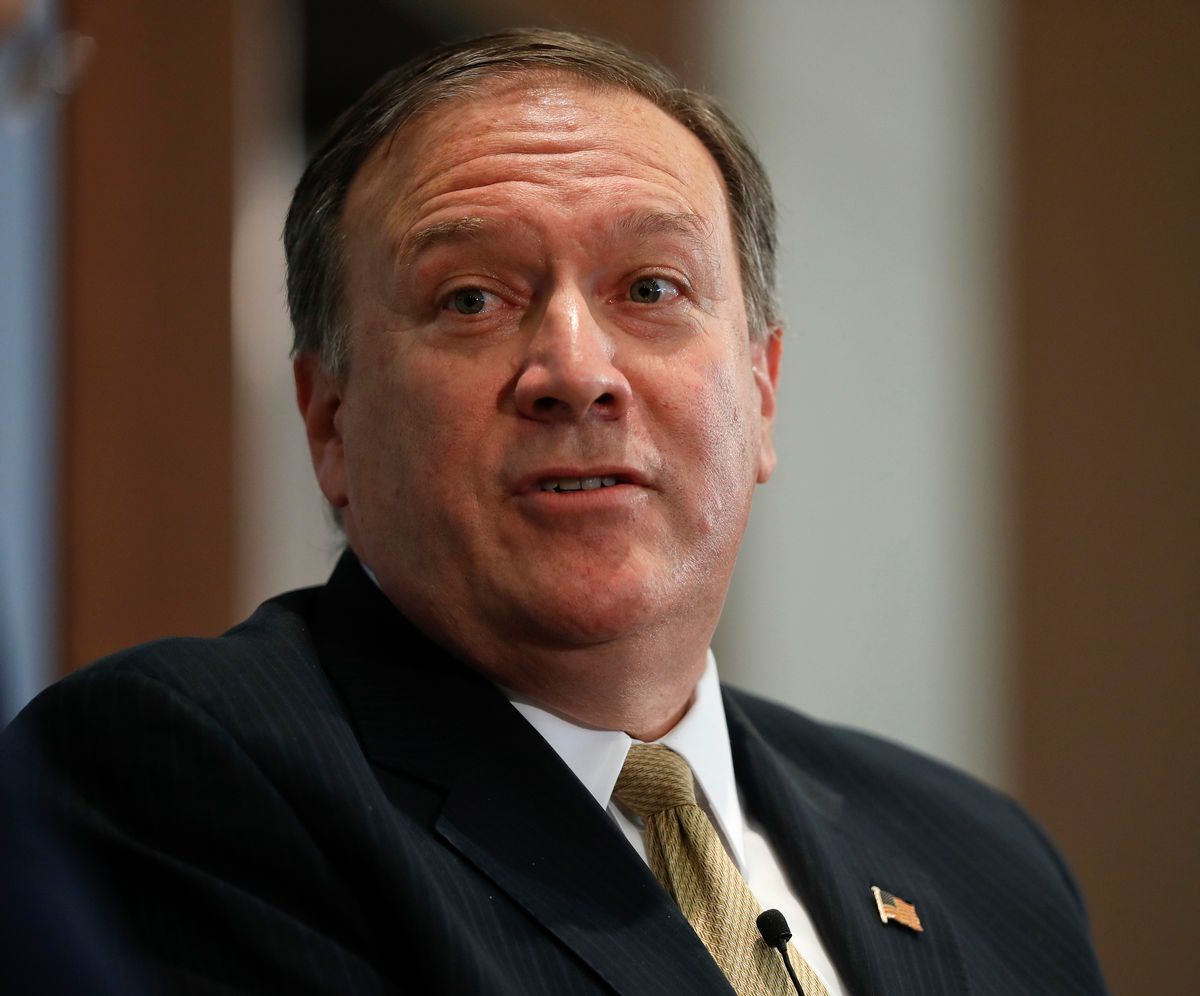 After President Donald Trump said he believes Russian President Vladimir Putin has been sincere in his denials that Russia didn't interfere in the 2016 election, CIA director Mike Pompeo, contradicted the president on Saturday and said he stood by the assessment of U.S. intelligence agencies.

In January, the intelligence community released an assessment which said multiple agencies had agreed that Russia made attempts to interfere in the election.

While on Air Force One early on Saturday Trump told reporters that Putin told him his country did not attempt to meddle in last year's election, but the Kremlin's press secretary denied that the topic had been discussed at all.

But on Saturday afternoon the CIA made it quite clear that the president, and Pompeo had a much different position on the matter.

"The Director stands by and has always stood by the January 2017 Intelligence Community Assessment entitled: Assessing Russian Activities and Intentions in Recent U.S. Elections," the CIA said in a statement when asked about a reaction to Trump's comments earlier in the day, CNN reported.

The agency added, "The intelligence assessment with regard to Russian election meddling has not changed."

While in-depth details about what exactly occurred during the 2016 election are not, and may never be, completely understood, Trump has dangerously shown zero concern over the issue repeatedly.

Special counsel Robert Mueller and multiple committees on Capitol Hill are probing Russia's alleged attempts as well as potential connections that the Russian government may have had with Trump's campaign.

It's been reported that various members of the campaign have strange ties to the country and Mueller has already landed two indictments which include Trump's former campaign chair, Paul Manafort, and his business associate, Rick Gates. On the same day the two were indicted it was revealed that George Papadopoulos, a former foreign policy adviser to the Trump campaign, pleaded guilty to lying to the FBI in his original interviews about contacts with Russia.

The Justice Department affidavit showed that Papadopoulos proposed to establish a meeting between then-candidate Trump and Putin during a meeting on March 31, 2016, in which both Attorney General Jeff Sessions, and Trump, attended.