How to survive an all-nighter

Yes, plentiful sleep is best, but sometimes that's not an option. Lessons from Special Forces training can help 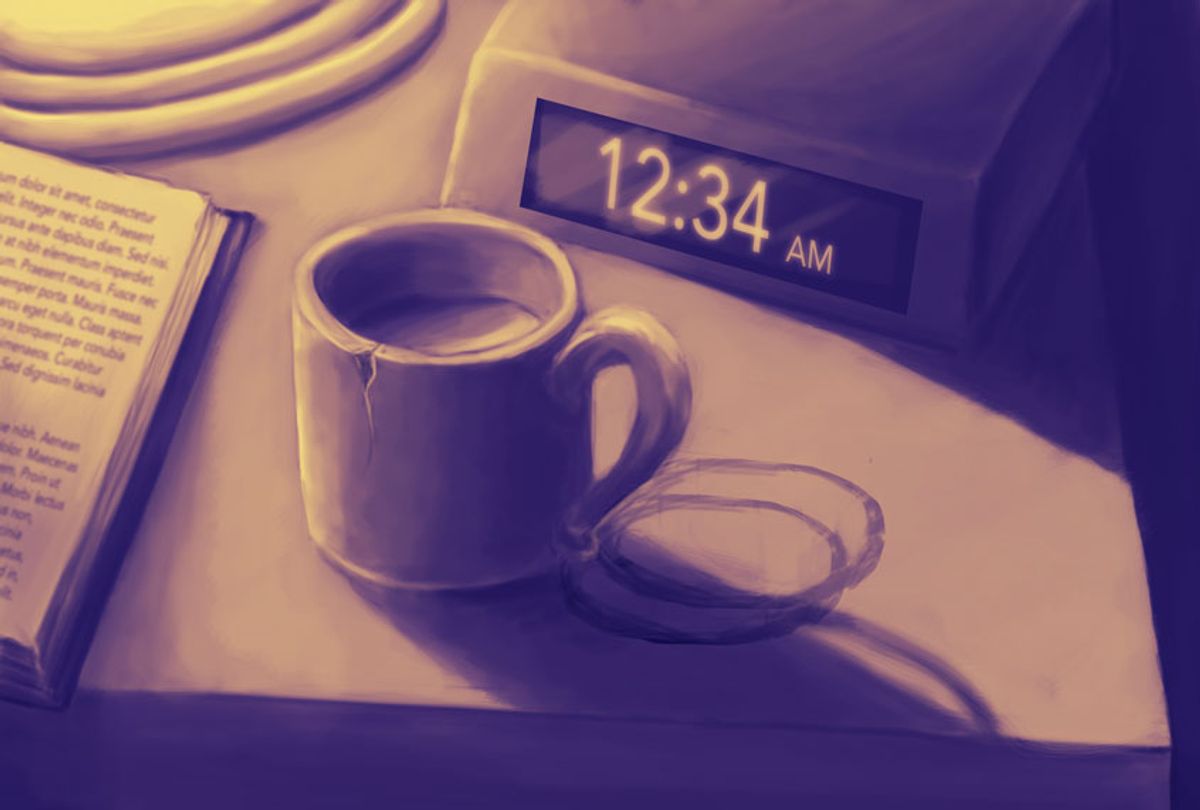 When a recent study carried out by researchers at the University of Rochester Medical Center in New York showed how the brain uses sleep to flush the cerebrospinal fluid present in the extracellular space and rid itself of toxic molecules, it raised the debate again about the importance of sleep in our lives.

This is more of an academic question. As technology drives connectivity and shrinks the traditional differences between night and day, more and more of us find that we have to work across time zones and through the night in order to make crucial deadlines.

Companies that outsource workers, rely on staff to put in extra time or have a far-flung, international network of peers find themselves debating the wisdom of the proverbial “sleep is for the weak” slogan. At stake is nothing less than their survival.

The argument goes that if sleep is a critically important component of high-level brain function then companies whose staff is sleep-deprived are laboring under a competitive disadvantage. Sleep-starved employees make suboptimal decisions that result in an accumulation of errors. Let a sufficient number of errors accumulate in your day-to-day operations, and very soon they begin to weigh against you. Critical deadlines are missed, contracts are cancelled, fresh opportunities are not seen quickly enough and even threats to the business are not noticed until it is too late.

Any business can survive only so much damage before its brand is tarnished, its reputation is dented, trust evaporates and it finds itself with demoralized, tired staff, a shrinking market share and in urgent need of restructuring.

Yet despite the growing body of evidence that points toward the many cognitive and health benefits of sleep, the reality of daily working life and the ever-expanding awake cycle are pointing the other way. Our modern lifestyle is unlikely to change toward any kind of normative day/night cycle. Our pace of life is not going to suddenly decelerate and we are not ever likely to unplug from each other and the internet just because the sun has gone down.

So clearly we must do something that takes into account everything we know about sleep and sleeplessness and work out a solution that allows us to toil through the night without impairing our physical or cognitive capabilities. The answer to our predicament comes from the most unlikely quarter: snipers and elite Special Forces. These are combatants whose mental and physical skills have been honed to a fine edge and yet which have to go through the seemingly blunting process of sleepless days and nights and still perform at peak when called upon. How do they succeed without losing their vital edge?

Studies have shown that a sleepless night elevates the dopamine levels in the brain, leading to a heightened sense of euphoria. But, at the same time, sleep deprivation shuts down the brain’s key planning and decision-making regions (the prefrontal cortex) while activating more primal neural functions such as the fight-or-flight reflex in the amygdala region of the brain.

It may sound like it's impossible to go through an all-nighter and still function adequately the next day, but it actually isn’t. Vietnam marine sniper Carlos Hathcock did it in a now legendary three-day crawl to successfully complete his mission. Elite soldiers who go through Survival, Evasion, Resistance, Escape (SERE) training have to learn how to manage extreme sleep deprivation.

So when you have no choice, here are four things you can do that will temporarily allow you to brush off the debilitating effects of sleep deprivation and function well.

1. Stock up your sleep reserves

It may not always be possible to plan this step, but sleeping enough the nights that lead up to a sleepless night makes it easier to pull off an all-nighter because your brain has that extra capacity to absorb the stress it undergoes.

In a pinch, sleep experts suggest grabbing what they call a “prophylactic nap.” At the Dayton VA Medical Center, researchers associated with Wright State University have carried out studies to determine the best protocol for weathering a sleepless night without suffering ill effects in terms of performance. In a study titled “The use of prophylactic naps and caffeine to maintain performance during a continuous operation” they detailed how their group of 24 young adult males, when put through a sleepless 24-hour period where their mental alertness and performance was monitored against baseline readings and a control group, managed to maintain near-optimum efficiency through a regime of strategic napping and caffeine intake.

The power-nap-and-a-strong-espresso strategy was found to be most effective when the nap was no more than 90 minutes long and the coffee intake was spaced out to help boost alertness when the effects of the nap were beginning to wane. Sara Mednick, an assistant professor at the University of California, Riverside, who’s been studying the ability of naps to restore the brain to near-normal baseline performance, cites how her studies show that napping produces the same sleep-stage-specific enhancements as an overnight sleep.

2. Have a stimulant ready

Wars may be won by bravery and they may require weaponry, but they run on coffee. There is no nine-to-five in battle. And, just like when a crisis hits in a business environment, when things break on the battlefield all hands are called to the task irrespective of the time of day or the kind of week they may have had. Snipers report having a strategic relationship with coffee. “If you need to stay up all night and are on lookout, you need to have coffee on hand. But that also means you can’t go on drinking coffee all day, every day, like water. Keep it in reserve. Come off it if you need a day before your all-nighter. Then it will work best for you,” says Mark, a sniper.

3. Stay off the carbs

If you’re preparing for an all-nighter and want your brain to function at peak then you should know that a large, carb-heavy meal will most probably lead to a crash as its “good mood” feeling kicks in. Snipers know that you need to fuel up for combat operations, so they pile in some calories to keep them going -- but they avoid anything that’s really carb-rich.

Snipers on duty have an active lifestyle as part of their everyday work. They constantly have to work on their fitness so they do not have to specifically schedule physical activity before they go on a mission. It’s not quite the same for the rest of us, who sit behind desks looking at screens all day, drive everywhere and try to fit in exercise once or twice a week. Here's some advice from Mark, who is with the 15th Marine Expeditionary Unit: “Try to get some exercise in before an all-nighter -- nothing that would exhaust you, so stay away from all the heavy stuff, but a workout that makes you sweat a bit and lights up your brain makes you feel energized and ready for anything. Plus, when you are actually pulling an all-nighter, try to be active. Do a few push-ups or stand up and walk about. All of this stimulates the body and keeps the mind alert.”

So next time you have the prospect of an all-nighter staring you in the face, you’ll be ready to tackle it like a seasoned warrior, shaking off its ill effects and retaining your edge.

David Amerland is a business journalist, author, and international speaker. He helps multi-national clients and start-ups to organize their social media strategies and advises corporations on their social media crisis management techniques. He writes for a number of prominent websites, including Forbes. His latest book, “The Sniper Mind: Eliminate Fear, Deal with Uncertainty, and Make Better Decisions,” is out now from St. Martin’s Press.