The "Girls Trip" star is the first black female comic to host "Saturday Night Live." Ever. Let that one sink in 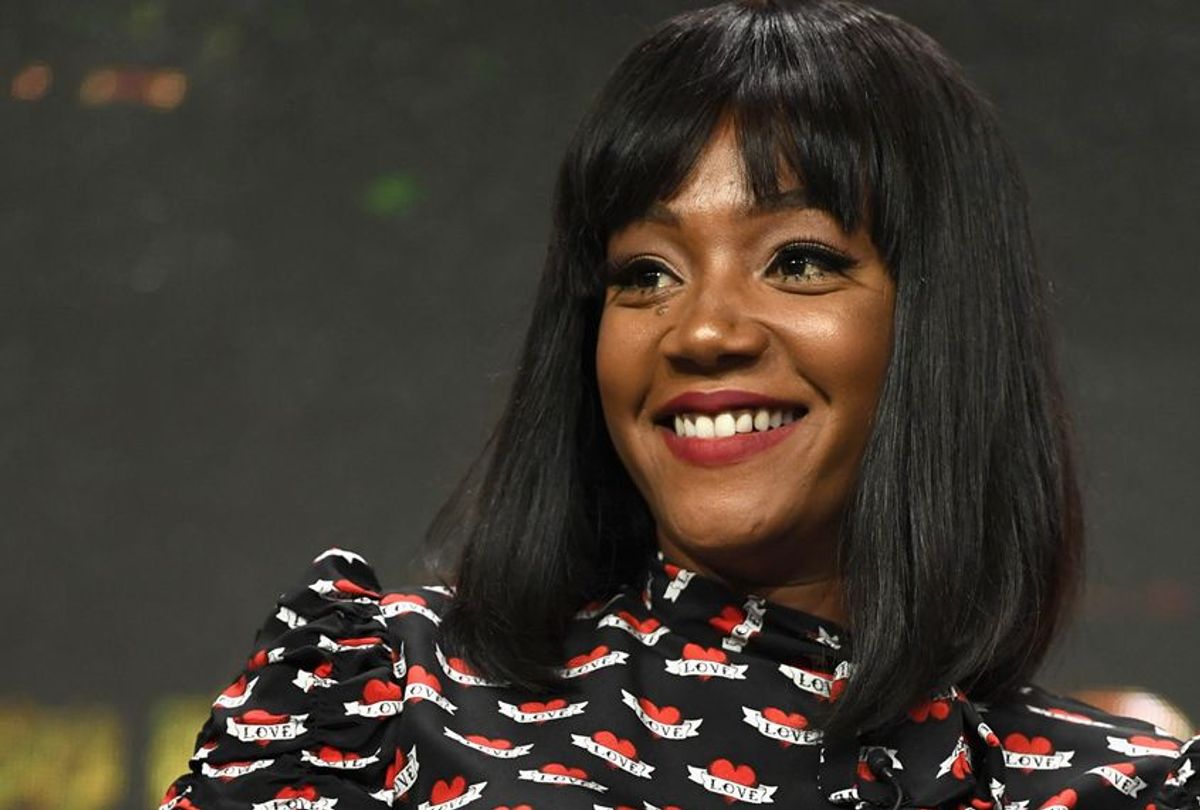 One sparkle in a week made out of smiling turd emojis was this astounding tweet from Tiffany Haddish, who is hosting “Saturday Night Live” on November 12.

This Saturday, 11/11 on #SNL!! Can you believe I will be the very #first black female comedian… https://t.co/qSVgrCpztv

Can I believe it? Actually yes, I can. And I submit that answer with a mixture of emotions. Haddish, the breakout star of the surprise theatrical hit “Girls Trip,” is a tremendous comedian deserving of a higher profile. What’s more, “SNL” is featuring her just as her career is taking off; following a stint on NBC’s underappreciated summer comedy “The Carmichael Show,” she’s set to co-star in Tracy Morgan’s upcoming TBS comedy “The Last O.G.” (which, along with “Girls Trip,” is probably the reason she landed this hosting gig).

Indeed, Haddish deserves applause for making history, something I’d say is increasingly difficult to do in a show that’s been on the air for 43 seasons and has had 566 hosts as of this writing.

I’d say that, I suppose, except for the fact that it isn’t hard to make such history if you’re a person of color — especially a woman and even more so if you’re a female comedian who’s also a minority. This is history “Saturday Night Live” shouldn’t be making in 2017. That barrier should have been broken many, many years ago.

Haddish’s hooray moment — again, well-earned, nobody can take that away from her! — serves as the latest reminder of the show’s snail’s pace movement with regard to making inclusivity part of its casting mandate. Let’s start with black female regulars: There’s been Yvonne Hudson, Danitra Vance, Ellen Cleghorne, Maya Rudolph, Sasheer Zamata and, now, Leslie Jones. Six. Over 43 seasons.

That’s not a particularly large number, but it’s longer than the list of Latina hosts — scanning a tally on Ranker I counted Salma Hayek, Christina Aguilera, Eva Longoria, Sofia Vergara and, heck, let’s put Dawson here too.  Now consider the show hired its first Latina castmember in its history, Melissa Villaseñor, in 2016.

No Asian-American female comedians have ever been asked to host, nor Latinas. (Note to "SNL" coordinating producers: Margaret Cho exists. So does Constance Wu.)

Then again, what can we expect? Aziz Ansari became the first host of South Asian descent to host the show at the beginning of this year. “SNL” is on a roll in 2017! On the other hand, 2017 will be over in a few weeks.

There are a lot of questions to be asked here, beginning, I suppose, with why this matters to anyone who isn’t keeping track of diversity in the industry. The answer is fairly straightforward, especially for anyone who likes and values “Saturday Night Live,” and that is that the “SNL” episodes hosted by comedians tend to be bouncier and more agile than others.

Shows hosted by comedians of color are particularly hilarious because they allow "SNL" writers to explore areas of humor otherwise unavailable to them. Kumail Nanjiani’s October “SNL” episode netted the second-highest ratings of the season and was lauded for a monologue that confronted Islamophobia. Ansari also blasted bigotry in a cathartic post-inauguration opener.

And over the long stretch of years when there weren’t any black women in the cast, representation of black female celebrities fell to the black men in the cast, furthering the demeaning stereotype that infers black women are masculine. And isn’t that hilarious!

Previous to Zamata’s and Jones’ arrivals that job fell to Kenan Thompson, who for years jammed himself into drag to play, among many others, Mo’Nique, Wanda Sykes and Whoopi Goldberg.

All of those women, in case you haven’t noticed, are stand-up comedians. Two of them are Oscar winners. The third, Sykes, has worked closely with one of the most famous alumni of “SNL,” Chris Rock, and helmed several series. Hell, Whoopi even had her own NBC show for a time.

None has ever been asked to host.

Given all of that, to answer Haddish’s rhetorical question yet again, I truly can believe that she’s the one breaking this barrier. And as a black woman raised to understand the truth said aloud on "Scandal," of knowing we have to be twice as good to get half as much as our white peers, I am pulling for her to hit her performance out of the park. Because if it took this long for a black comedienne to get a shot at hosting, who knows how long it’ll take for the next female comic to win that honor if she bombs?

Yes, that’s pressure. Those are the stakes. But Haddish has gotten this far — she can handle it. The name of her first major comedy special says it all: “Tiffany Haddish: She Ready!” Believe it.