A 19th-century scientific rivalry escalated to the point of espionage, and led to "fake" dino myths that persist 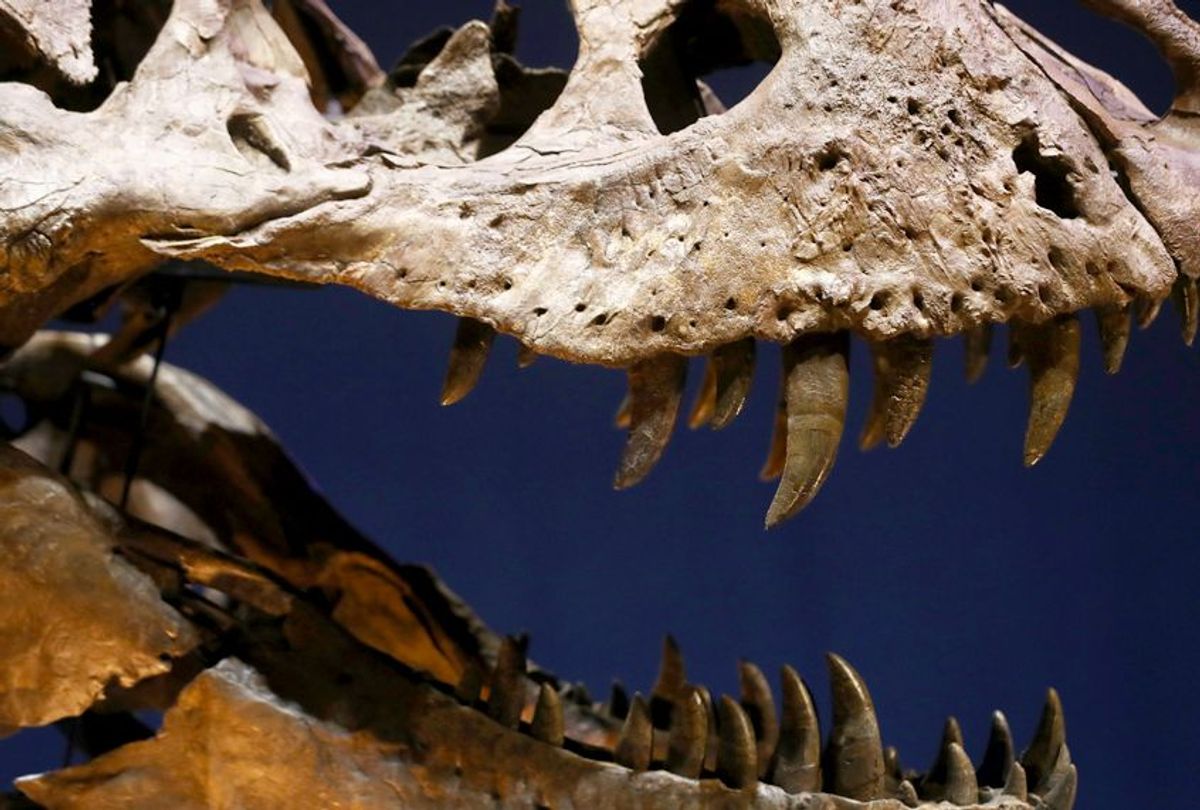 Toward the end of his life, the legendary 19th-century paleontologist Edward Drinker Cope was so broke that he sold his house and moved in with his fossil collection. Cope slept on a cot, surrounded by fossils and bones, financially ruined by his rivalry with fellow fossil hunter Othniel Charles Marsh. The fierce competition between the two men became something of a legend, and is known today as the Bone Wars.

Both Cope and Marsh were major players in early paleontology, a field of science concerned with fossilized remains. Although people had collected fossils throughout human history, the formal science of classifying and describing them really started in the 1700s, during the Age of Enlightenment. The word “paleontology” was first used in 1822, in a French scientific journal. While many dinosaurs had been studied in Europe, when Cope and Marsh entered the field there were only nine known dinosaur species in North America.

Edward Drinker Cope was born in 1840, to a wealthy Quaker family. He was a scientific prodigy at a young age, but didn’t pursue a formal education in the way you might expect. He took only one year of college, at the University of Pennsylvania. In his mention in "Dinosaurs, the Grand Tour," Cope is described as a “dandyish character” with a fantastic mustache. He also apparently had a fiery temper. To keep him out of the Civil War, his father sent him for further studies in Europe, which led to him meeting a man who was nearly his opposite.

Othniel Charles Marsh was born in 1831, and came from more modest roots than Cope. His father was a farmer, but the young Marsh had the advantage of having a rich uncle, George Peabody. Peabody paid for Marsh’s education, sending him to Yale, and later financing the Peabody Museum of Natural History at Yale (where Marsh became the curator). Marsh later became the first professor of Paleontology in North America. He was a bit of a loner, and never married (though that may be in part due to his uncle’s controlling nature). Marsh met Cope in Berlin in 1864, and while many have said the two were friends, I think friendly colleagues is probably more accurate.

Perhaps because they were so different, and working in such a small field, competition was inevitable. However, there were two things that really set off their rivalry. In 1868, Cope was doing field work in New Jersey, where the first Hadrosaurus had been found by his mentor Joseph Leidy. Cope happily showed Marsh around the fossil bed. Unbeknownst to Cope, however, Marsh had bribed the New Jersey quarry owners to send fossil finds to him first, sabotaging Cope’s work.

Then, the same year, Cope discovered a brand-new plesiosaur (an ancient marine reptile). Naming rights were given to whoever first published a find, so he was in a hurry. He named the creature Elasmosaurus. It was Marsh who pointed out, perhaps a bit too gleefully, that in his haste Cope had made a serious error. Cope had mounted the creature’s skull on the tip of its tail, rather than the end of the neck. To add insult to injury, when Cope tried to hunt down and destroy all of the copies of the journal that his find had been published in, Marsh refused to let go of his copy.

The Bone Wars had begun. For Marsh, it would mean the discovery and naming of the triceratops, stegosaurus, diplodocus, and ultimately a total of 80 new species of dinosaur. Cope named fewer dinosaurs — 64 species — but named more than 1,200 vertebrate species and published more than 1,400 scientific papers, more than anyone to this day.

The competitive spirit between the two likely led to more discoveries, but it also led to mistakes and some pretty unscientific behavior. Marsh mounted a camarasaurus skull on an apatosaurus body and called it a brontosaurus, creating a classic fake dinosaur that haunts paleontology to this day. There were reports of both men filling dig sites with dirt, or even blowing them up, likely destroying priceless fossils simply to prevent the other from finding them. Marsh even went so far as to have unrelated bones deposited in one of Cope’s sites, in order to confuse him. The Bone Wars culminated in a vicious letter-writing campaign, in which both men rehashed their history and attempted to destroy the other’s reputation. With the prestige of Yale backing him, Marsh managed to inflict more damage to Cope’s reputation.

So how did the Bone Wars finally end? Well, Cope died at age 57 from renal failure. The Bone Wars had financially destroyed him, his wife had left him, and he was living alone with his fossils. Marsh died two years later at 68, in a similar, if less dramatic, state of financial ruin. The feud had consumed both of their lives, and death was the only release. But Cope wanted his body donated to science… and some think he was hoping that, after his death, his skull would be found to be larger than Marsh’s. For his part, Marsh left no specific instructions regarding his remains, so his skull was never measured.

Who won the Bone Wars? One answer is the field of paleontology itself: more than 130 North American dinosaurs were discovered vis-à-vis the Bone Wars, pushing scientific progress, and the whole ordeal served as a PR campaign for the nascent discipline.

On the other hand, much of the two men’s science was sloppy, irreplaceable fossils were destroyed in the name of their rivalry, and many finds (including the brontosaurus) were later reclassified. Ultimately, the Bone Wars serves as a cautionary tale: Everyone, even scientists, has an ego; but to do good science, it's best to let your ego inspire you rather than destroy you.