Following the allegations of sexual impropriety, Moore's campaign has nosedived 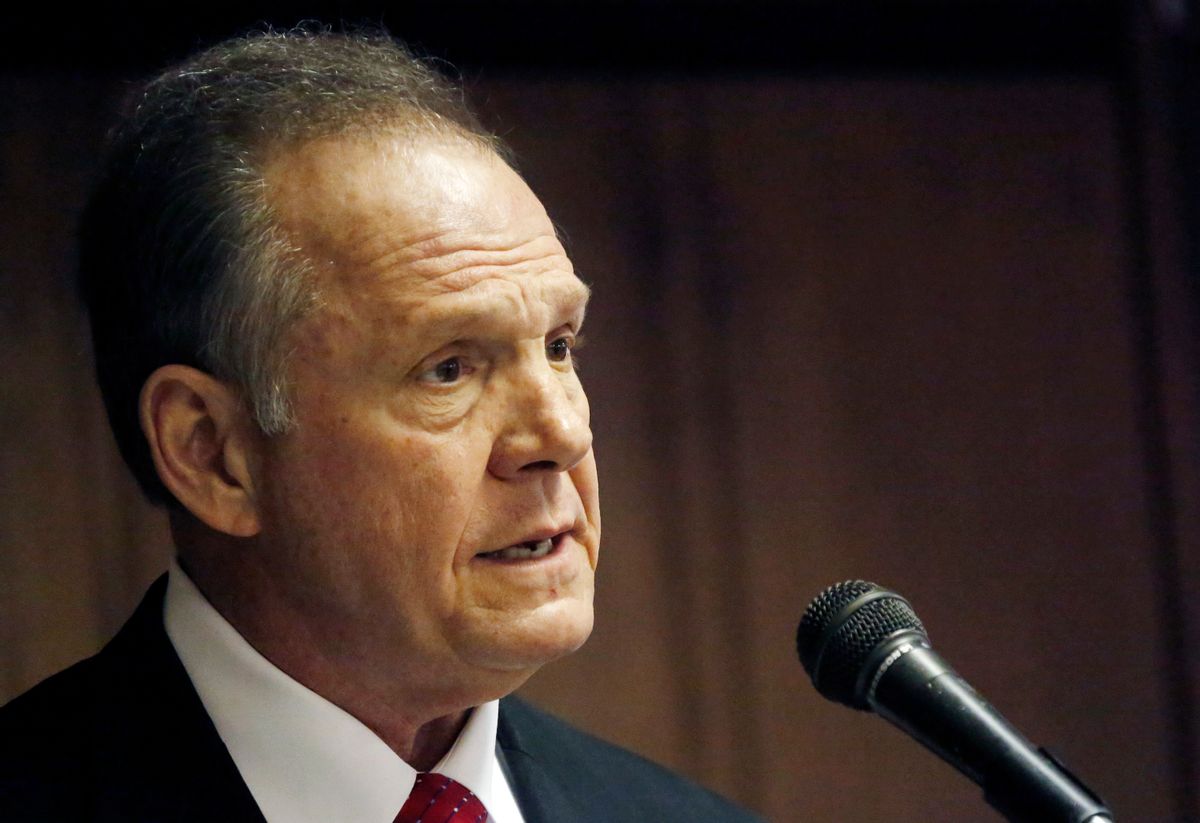 Republican senatorial candidate Roy Moore has taken a hit in the polls in the wake of allegations that include sexual contact with a 14-year-old girl when he was 32.

The latest poll, conducted by JMC Analytics, found that Moore's opponent, Doug Jones, has a four-point lead — 46 percent of Alabamans indicated they would vote for Jones, while 42 percent said they would elect Moore.

The poll, based on a landline sample of likely voters, was the first since the Moore scandal broke that shows Jones with an edge.

Members of the Alabama Republican Party have taken heat in recent days for defending Moore's conduct.

"It was 40 years ago," Hall told Daniel Dale, a reporter for the Toronto Star. "I really don't see the relevance of it. He was 32. She was supposedly 14. She's not saying that anything happened other than they kissed." He added, "The other women that they’re using to corroborate: number one, one was 19, one was 17, one was 16. There’s nothing wrong with a 30-year-old single male asking a 19-year-old, a 17-year-old, or a 16-year-old out on a date."

The defense by Alabaman Republicans has apparently not been working. Moore has lost six percent of support since JMC Analytics ran a poll before the allegations surfaced.

Jones' campaign, meanwhile, has been reinvigorated by the latest poll, as the former U.S. attorney used the survey to attract more support and donors.

I need you now, we can make history.