After embracing Ed Gillespie's racist fearmongering, have Bannon and Breitbart turned over a new leaf? 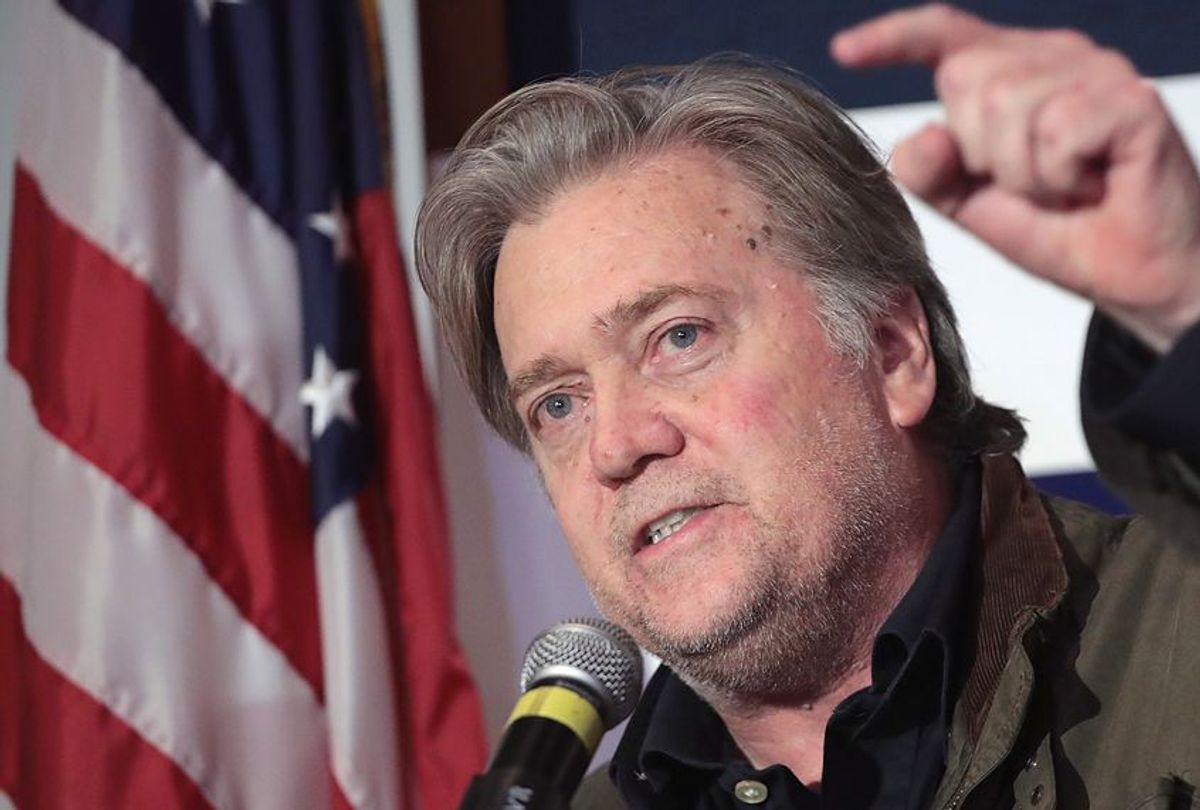 On the November 8 edition of SiriusXM Patriot’s Breitbart News Daily, Breitbart Editor-in-Chief Alex Marlow said Republican gubernatorial candidate Ed Gillespie lost the Virginia election because he is “the definition of the swamp.” Breitbart Executive Chairman Stephen K. Bannon commented that the Republicans “should not give up the minority areas” or “the Hispanic areas,” as he implied Gillespie did. Bannon’s comments stand in stark contrast to his statement just two days prior that MS-13 and sanctuary cities were two issues where “Gillespie caught fire because he’s embracing Trumpism.” Gillespie's fearmongering around those issues was a key part of the failed candidate's rightly condemned appeal to racism.

A day before the election, Ken Klukowski, legal editor of Breitbart.com, commented on Breitbart News Daily that “Gillespie's focus in the campaign’s final weeks on immigration” and other issues, including Confederate monuments, “is in harmony with the president’s position,” which Bannon summarized as “the Trump agenda.” Klukowski said that as Gillespie had “embraced” the Trump agenda, “he has come from behind to potentially take the lead in the final days.” Bannon, who was co-hosting, claimed that the election “all [came] down to kind of the Trump issues,” such as “sanctuary cities” and “MS-13”:

According to Breitbart.com, Bannon also said during the November 6 show that “when the Gillespie campaign start[ed] to really embrace the Trump agenda, and part of that is sanctuary cities – deporting guys like these gangs, MS-13 -- … all of a sudden, Gillespie caught fire because he’s embracing Trumpism.”

Breitbart also extolled the supposed virtues of Gillespie’s racist campaign in a November 6 article: “Gillespie initially trailed in the polls to [Democrat Ralph] Northam. However, in the last few weeks, Gillespie tied, and in some polls beat, Northam by making MS-13 a focal point of his campaign.” The article further stated that “Gillespie also promised to sign legislation that would ban sanctuary cities” in Virginia.

But after Gillespie lost to Northam, Bannon said the Republican Party should “not give up the minority areas” and “the Hispanic areas,” demographics negatively smeared by Gillespie’s racist campaign. From the November 8 edition of SiriusXM Patriot’s Breitbart News Daily:

ALEX MARLOW: As Virginia is -- even though the candidate was Ed Gillespie, who is the definition of the swamp. He's a lobbyist. I mean, he's a guy who is -- campaigns with [former presidential hopeful Jeb] Bush, [former Secretary of State] Condi Rice, [Florida Republican Sen.] Marco Rubio, the exact people that the Trump voter base rejected. He has huge authenticity problems. Seems like a decent man personally, but far from inspiring. You got this encroaching swamp attitude in Northern Virginia, which really makes Northern Virginia a subsidiary of Washington, D.C. And yet you're going to hear non-stop hot takes about how this was a rejection of the Trump agenda. It almost seems farcical, but it is something we have to combat.

STEPHEN BANNON: Well I think it does. And I think it also -- when you talk about some of these demographic areas, it’s incumbent upon -- and this is why I think you need people that really embrace the Trump agenda and understand it to be out there on the hustings selling it -- is that we should not give up the minority areas, we should not give up the Hispanic areas, we should not give up the black middle class and working class areas. Now, economic nationalism is really don't be the big beneficiaries. Remember, the people that are most abused by the global elites are the black and Hispanic working class and then the minority middle class. And it’s just -- it’s outrageous. But you need people that really believe this message to the nerve marrow of their bones, I think, to be able to sell it.