Mitch McConnell on Roy Moore accusers: "I believe the women" 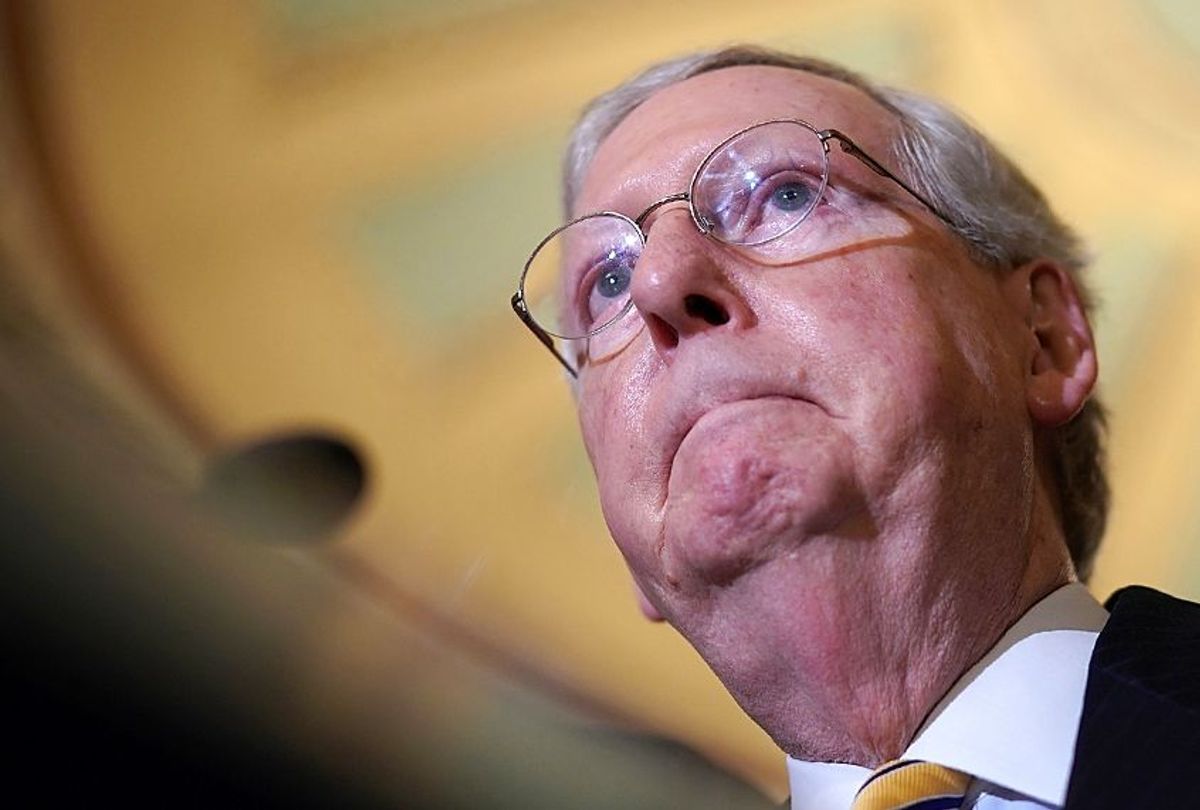 Senate Majority Leader Mitch McConnell is calling on Roy Moore, the Alabama Senate Republican candidate accused of trying to have sex with minors, to step aside.

When asked by a reporter on Monday if he believed the allegations against Moore, McConnell replied. "I think he should step aside."

Moore responded to McConnell's statement by releasing a tweet guaranteed to play well with his conservative base — namely, a call for McConnell to step aside.

More than 30 people told The Washington Post in a story published last week that Moore had sought sexual relationships with teenage girls. One of the accusers, who was 14 years old at the time, said that Moore "touched her over her bra and underpants . . . and guided her hand to touch him over his underwear."

McConnell's word may not carry much clout among Republican voters. He has been the frequent target of attacks by President Donald Trump, who has at least partially blamed McConnell for many of the failures that have beset his administration. Even when Trump and McConnell have aligned — including by Trump supporting McConnell's choice for Republican Senate candidate in Alabama, Sen. Luther Strange, over the more right-wing Moore — it has often backfired for both men.

Nevertheless, the Kentucky Republican's recent statement reflects a growing trend in the Republican establishment to unite against Moore's candidacy in light of the new accusations. While most of them have added the "if true" qualifier, the list is nevertheless a forbidding one — 31 senators alone have argued that Moore should leave the race if it turns out that the stories being told about him actually happened. "I don’t think this candidacy is sustainable, but we believe in a presumption of innocence until proven guilty, and so I think it’s important for the facts to come out," Texas Sen. John Cornyn said.

Similarly, Sen. Jeff Flake of Arizona has said Moore should leave the race "if there is any shred of truth to the allegations." Flake's colleague, Sen. John McCain, tweeted on Thursday that the charges against Moore were on their own downright "disqualifying."

2012 Republican presidential candidate Mitt Romney joined his 2008 GOP counterpart in calling for Moore to step aside right away, rather than waiting to see if any further proof comes out.