A letter signed by clergy members was posted online, ostensibly showing their support. That's not the whole story 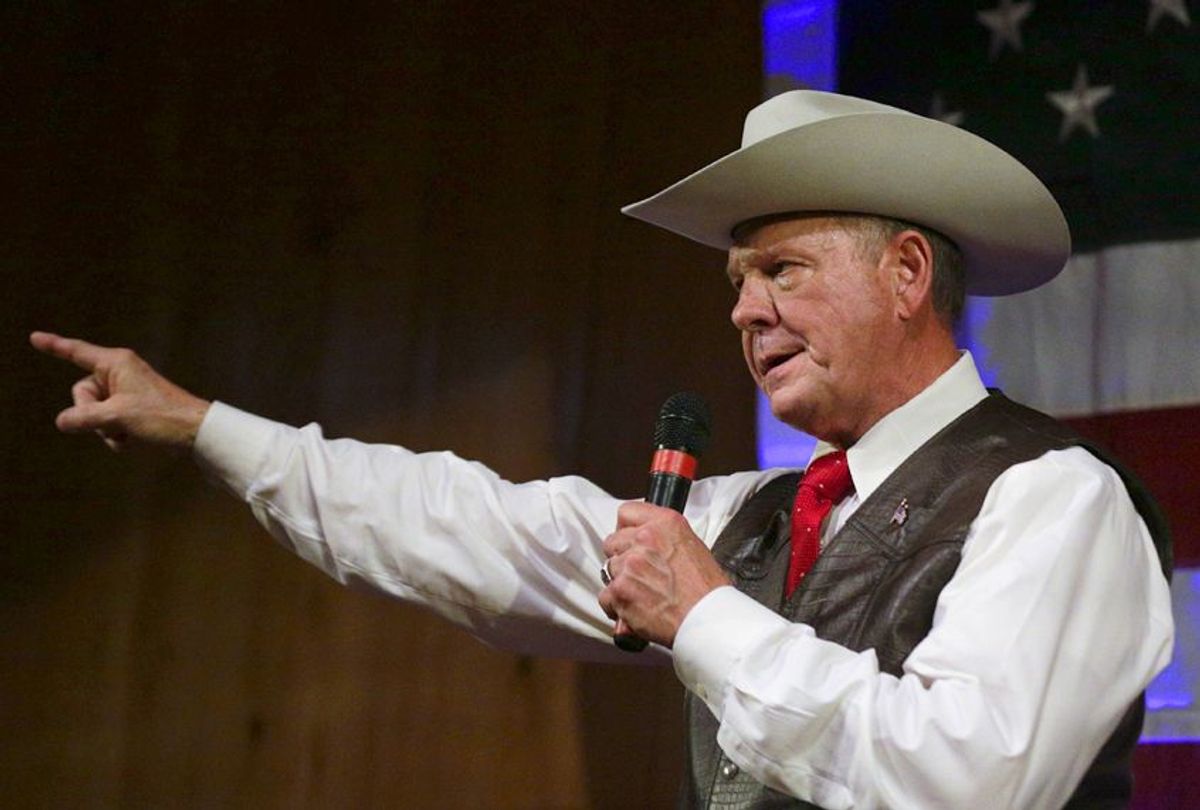 Kayla Moore, the wife of Republican Senate candidate Roy Moore, took to Facebook on Sunday to post a letter that made it seem like over 50 Alabama clerics were supporting her husband — even though the letter was signed prior to the sex scandal that has rocked his campaign.

That letter appeared to be an edited version of one posted on Moore's website on August 15, but with its top three paragraphs removed. As a result of their removal, readers wouldn't know that its purpose was to encourage voters to support Moore in his primary campaign against Sen. Luther Strange — which occurred prior to the breaking of the sexual assault allegations.

After touting Moore's support of the "little guy" and right-wing positions on issues like abortion and same-sex marriage, the letter played up the notion that liberals are out to get the former judge.

"You can know a man by his enemies, and he’s made plenty – from the radical organizations such as the Southern Poverty Law Center and the ACLU to the liberal media and a handful of establishment politicians from Washington," the letter stated.

"I was not asked about this story or allegations," Tijuanna Adetunji of the Fresh Anointing House of Worship in Montgomery told AL.com.

That experience was echoed by Pastor Thad Endicott of the Heritage Baptist Church in Opelika, Alabama.

"The list that has recently circulated was evidently copied and pasted from the August endorsements without checking to see if I still endorsed Moore," Endicott told AL.com, adding that he wanted his name to be removed from the list.

On Monday, Kayla Moore doubled down on the defenses of her husband, proclaiming that the women accusing Roy Moore of attempting to sleep with them when they were minors had been paid to do so.

"After the accusations came out against Judge Moore his polling numbers did not change, so do you think they will let up?? We knew something was coming, just did not know what next," Kayla Moore wrote on her Facebook profile. "This is the same Gloria Allred that did the very exact same thing to Trump during his campaign. Going on two months now they’ve been on a witch hunt here in Etowah County and our state advertising people to step forward with accusations and we are gathering evidence of money being paid to people who would come forward."

Five women have so far come forward with various accusations that Moore had behaved inappropriately with them. This included one who claimed he tried to initiate sexual contact with her when she was 14. Moore's refusal to drop out of the race has created a conundrum within the Republican Party, with some still calling on him to step aside and others arguing that if elected he should be expelled from the Senate.