RT says the Kremlin doesn't own it, but won't say who does

RT filed as a foreign agent Monday, but did not disclose who owns the company 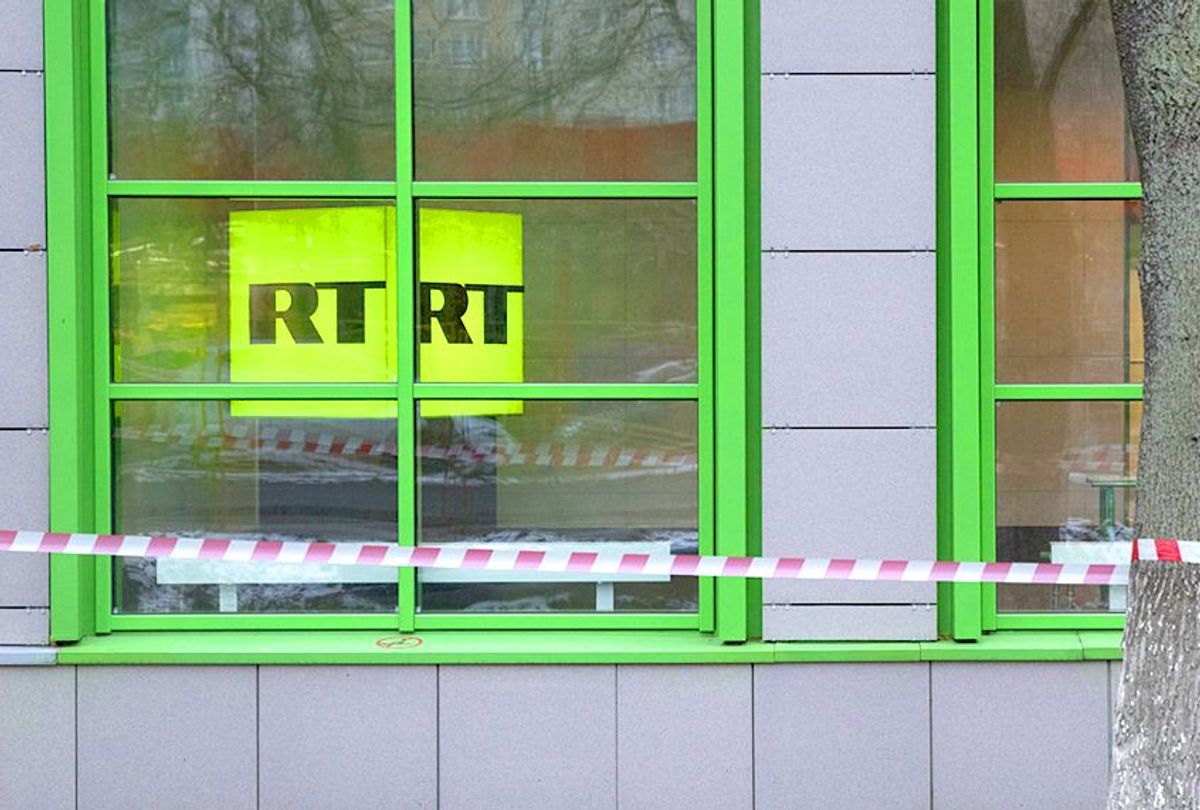 The company that owns and runs the U.S. operations of the RT website and television channel filed paperwork Monday registering with the Justice Department as a foreign agent — a step the U.S. said was necessary in order for the media outlet to continue operating in the country. In its filing, RT did not identify who in fact owned the company, The Wall Street Journal reported.

RT, formerly known as Russia Today and headquartered in Moscow, has been accused repeatedly by the U.S. government of being a propaganda outlet for the Kremlin.

RT reported in September that T&R Productions had received a letter from the DOJ demanding it register as a foreign agent. The D.C.-based corporation is responsible for the production and operations of RT America. T&R Productions hires and pays U.S. employees and films its broadcasts stateside.

The Foreign Agents Registration Unit (FARA) requires the public disclosure of certain activities and relationships with other nations through registration by "agents of foreign principals" with the DOJ.

"Americans have a right to know who is acting in the United States to influence the U.S. government or public on behalf of foreign principals," Acting Assistant Attorney General Dana Boente said in a statement. "The Department of Justice is committed to enforcing FARA and expects compliance with the law by all entities engaged in specified activities on behalf of any foreign principal, regardless of its nationality."

The filing was made under news director Mikhail Solodovnikov, a former reporter for a Russian TV outlet who said in the forms that he is a U.S. citizen by marriage. He listed his salary as $670,000 a year and is currently the sole member and owner of the T&R Productions LLC and produces shows for ANO TV-Novosti, according to the filing. Ownership was transferred to Solodovnikov earlier this year as investigations concerning RT intensified, but it is not known who transferred ownership to him.

Asked on the filing questionnaire who owns ANO TV-Novosti, Solodovnikov said that the Russian Federation finances the organization “to a substantial extent” but said he wasn’t sufficiently aware of who owns, supervises, directs, controls or subsidizes the Moscow-based nonprofit to answer the question fully.

“Registrant is not sufficiently aware of these facts to answer this question,” the filing says, while arguing that the Foreign Agent Registration Act, or FARA, shouldn’t apply to RT.

Solodovnikov disputed the need for the FARA registration in the filing.

"The production of shows remains under the independent editorial control of registrant," he wrote. "Registrant respectfully disagrees that FARA should apply."