RT may be unstoppable in its mission to propagandize gullible Americans

Now that we know RT has taken advantage of YouTube and refuses to register as a foreign agent, can they be stopped? 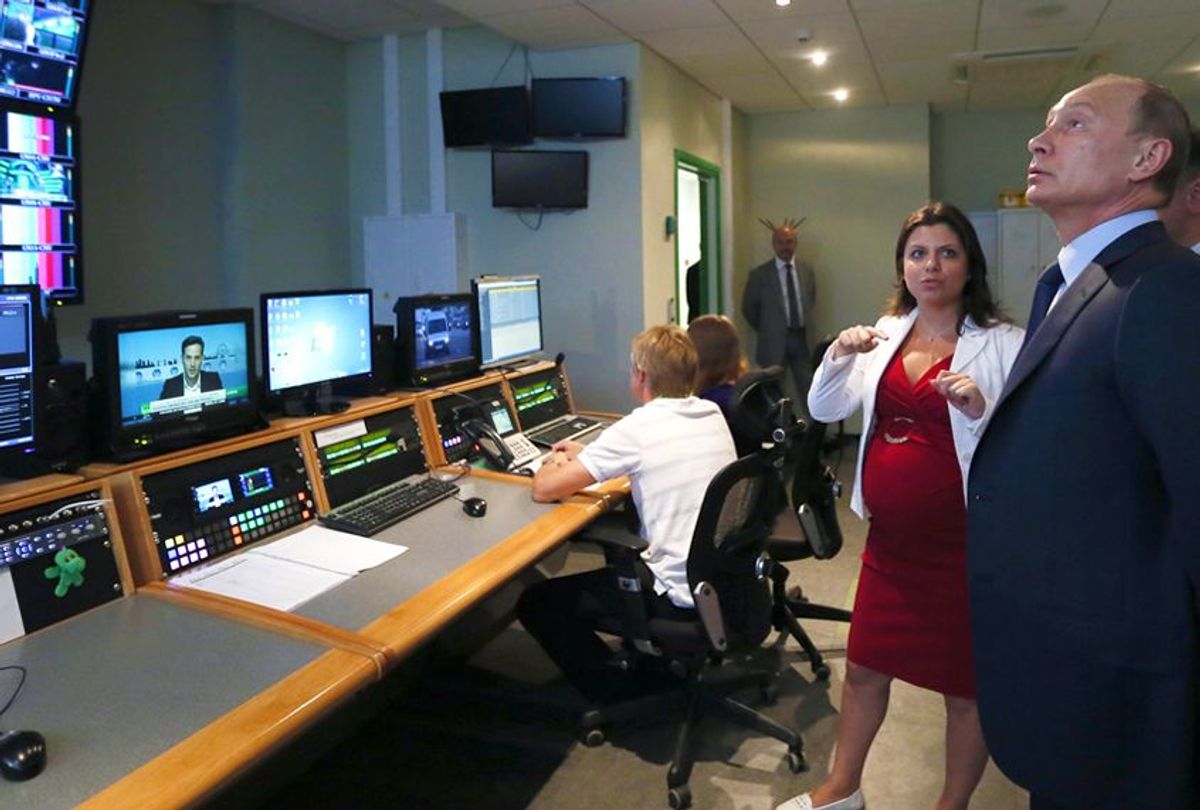 Even though it has been determined that the Russian government uses its state-sponsored news organization in order to spread propaganda to the American public, there are limits to how far the U.S. government can go to remedy the situation, at least immediately.

For one thing, although the Department of Justice gave RT — Russia's state-sponsored news network — until Oct. 17 to register as a foreign agent, the network announced its refusal to comply last week. This puts the U.S. government in a difficult bind when it comes to further pursuing the matter, especially since RT has declared that it is "doing everything possible" to avoid having to register.

"There is no question that RT has the support of the Russian government, financial support of the Russian government," Derek Chollet, a senior advisor at the think-tank German Marshall Fund, told Salon. "But obviously folks taking a close look at that will think about the effects of other relationships around the world and what Russia would do in response to other American media organizations."

Another problem is that, although registering as a foreign agent would slow down RT's ability to churn out propaganda by imposing significant disclosure requirements, it would not ultimately stop the organization from taking advantage of online platforms that refuse to weed out fake news — such as YouTube. As The New York Times reported earlier this week, YouTube's relationship with RT has come under increasing scrutiny due to the network's success at garnering views for its content on the website.

"It’s not a secret. It’s not rocket science, but they’re just doing it much better," Christoph Burseg, who runs an analytics and strategic consultancy, told the Times. "Unless YouTube decides to manually step in, they will continue to be very present. RT isn’t doing anything wrong, they’re just riding the algorithms."

This means that if Americans want to avoid being played for fools by Russian propagandists deliberately sowing divisiveness, they need to take it upon themselves to be vigilant media consumers.

"The first and most basic is to shine a bright light on these activities. Who is supporting these organizations, what they are doing in our media environment," Chollet told Salon. "That's raising awareness so people are thoughtful about and have greater awareness of the kind of information they are receiving, where it's coming from and what agenda it may be serving. I think that's something that may be important for consumers of any kind of media, but particularly one that is quite obviously promoting a Russian agenda."