So now Sean Hannity is giving away Keurig machines, because nothing matters anymore

After gleefully watching his fans destroy the coffeemaker's products, Hannity is handing out 500 of its machines 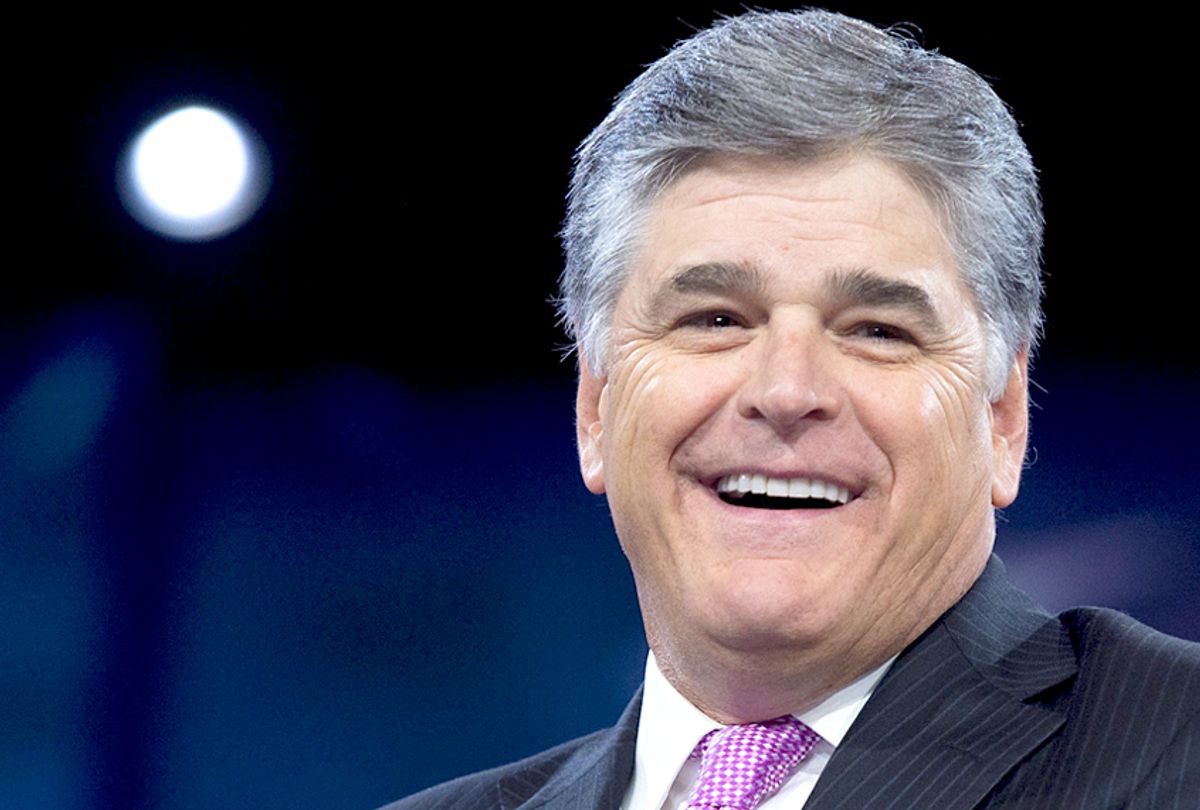 In a denouement to what may be one of the briefer, stupider battles of America's furious culture wars, Fox News host Sean Hannity has announced that he will be giving away 500 coffee-pod machines from Keurig, a former and perhaps future advertiser on his show, "Hannity." Yes, these would be the same kind of machines Hannity's fans could be seen smashing in a flurry of online videos that surfaced on Twitter and other outlets beginning this weekend.

Initially, Hannity followers engaged in these acts of destructive conspicuous consumption after Keurig announced via Twitter on Saturday that it would longer be advertising its products during Hannity's highly valuable time slot. That announcement came in response to a query sent by Media Matters for America president Angelo Carusone, who pointed out Hannity's botched defense of Alabama U.S. Senate candidate Roy Moore after a series of allegations involving sexual misconduct with minors emerged from Moore's past. All things considered, it was a reasonable decision on the part of Keurig, one several other corporations have also made.

In response to this strategic commercial branding decision, Hannity fans began a bizarre backlash that included trolling Keurig's online presence, hounding Carusone with accusations of bigotry and worse, and, yes, throwing coffee-pod machines off third-story balconies. Even first son and potential traitor Donald Trump Jr. got in on the fun. Hannity loved it.

Perhaps feeling the heat, Keurig CEO Bob Gamgort issued an internal memo to his employees Monday, apologizing to them for the incoming bile and crediting it to a botched social-media rollout that gave the public the impression the company was "taking sides." Hannity picked up that letter and saw it — perhaps rightly — as a capitulation, saying on Twitter: "Hold on to your coffee machines @Keurig has recognized it got caught up & misled by a bigot."

As it turns out, Keurig never admitted to anything of the sort, but never mind that.

In that same post, Hannity wrote "Still giving away coffee machines, which brand has yet to be determined. Stay tuned." Those coffee machines, as it now turns out, are Keurigs. "To all of my supportive and devoted fans of the show," Hannity tweeted Tuesday, "I am giving away 500 Keurig machines as a thank you for always standing by me. We accept the apology of the Keurig CEO, and look forward to enjoying a nice cup of apolitical Joe. Good Luck!"

It's not clear where Hannity is getting these alleged giveaway Keurig machines. To this point, no press release or Twitter post from the company confirms that it is the supplier.

Furthermore, there have been no public statements from Gamgort or anyone representing Keurig to suggest that the company has apologized to Hannity or his fans for pulling its advertising, nor is there any indication that Keurig will return as an advertiser. A careful parsing of the CEO's letter expresses, yes, regret over the announcement of the move, but not the decision itself.

As Gamgort wrote, pulling advertising from "Hannity" was "a prudent 'business as usual' decision for us, as the protection of our brand is our foremost concern." Any apology within that internal memo, in other words, was directed to Keurig's employees. "I apologize for any negativity that you have experienced as a result of this situation," Gamgort continued, "and assure you that we will learn and improve going forward."

Essentially, the CEO was saying he was sorry that Hannity fans went after individual Keurig employees on social media (which they did) and that the company was dragged by a group of Trump-loving rape apologists into the uncomfortably bright lights of modern American political discourse (which it was).

But, hey, in our current gamified system of tit-for-tat partisan cultural warfare, a victory declared and believed is a victory in actuality, no matter how hollow the declaration is or how chuckleheaded its believers are. In this, Hannity has certainly won and moved on to other quarry, quite specifically Media Matters and Carusone. He devoted 30 minutes of his 42-minute broadcast to Media Matters on Monday, and has continued to assail the group via social media. Congratulations on the big win, Sean.

Oh, and if you wanted one of those 500 Keurig machines, sorry. Hannity's all out.