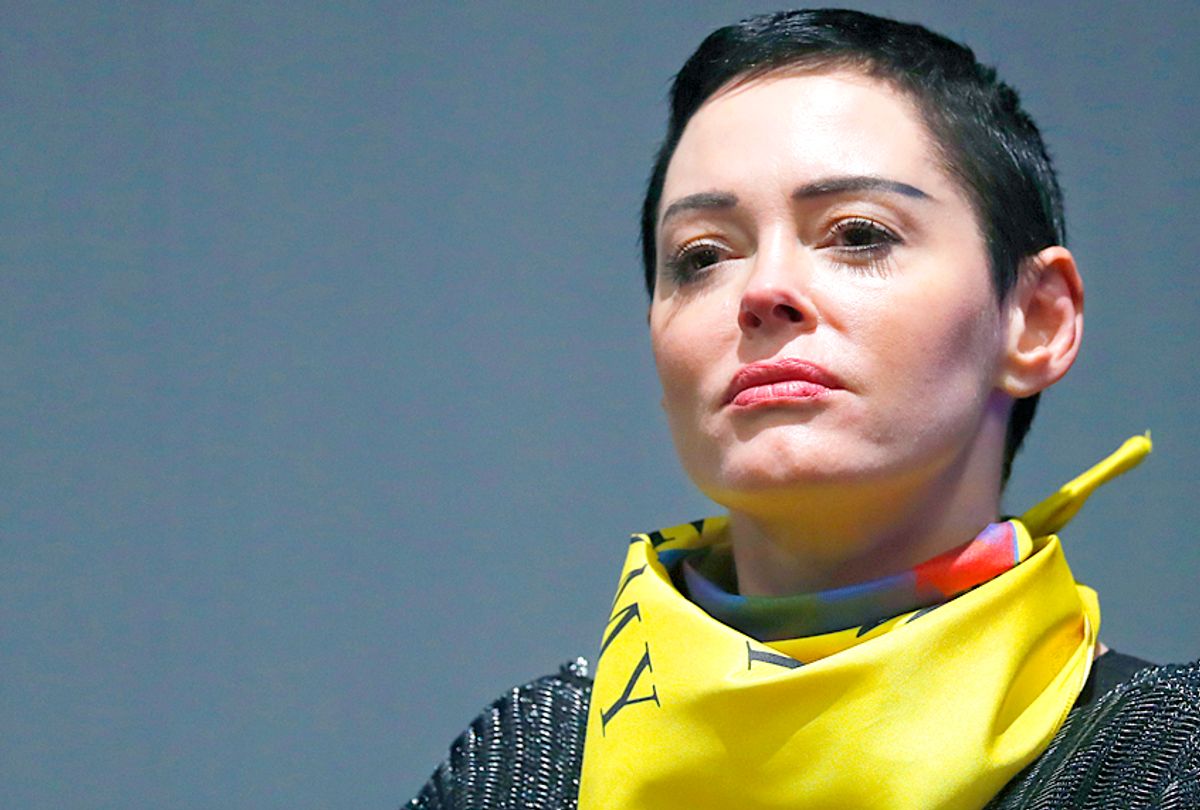 When news of a February arrest warrant for Rose McGowan on drug possession charges resurfaced last month, her insistence that two bags of cocaine were planted in her wallet during a January flight to Washington, D.C. initially seemed absurd.

“Are they trying to silence me?” McGowan tweeted on Oct. 30. “There is a warrant out for my arrest in Virginia. What a load of HORSESHIT.” While some believed her, it seemed a far stretch that Harvey Weinstein or a non-specific, ominous "they" would or could reach out a shadowy hand and try to send her to prison months before The New York Times and other outlets revealed the producer's alleged abuse towards her and dozens of other women.

After information surfaced on Harvey Weinstein’s spy operations against women he wanted to silence, however, this conspiracy theory doesn't seem all that far fetched.

According to an account given to Ronan Farrow writing for the New Yorker, the incident in question occurred after McGowan flew to D.C. to attend the Women’s March. The actor says she noticed her wallet was missing when she called a Lyft from Dulles International Airport. Hours after her flight, she says an airport detective named Jerrod Hughes called McGowan so she could retrieve the wallet — without mentioning the cocaine findings. McGowan, skeptical of Hughes’ legitimacy and afraid she was being followed by Weinstein operatives, says she declined to pick it up and instead boarded a bus from the march.

The fear of a Weinstein spy network following her stemmed from a tweet she sent out in 2016 accusing an unnamed studio head of rape. She recently clarified that this studio head was indeed Weinstein, as many suspected. All that time, Weinstein was allegedly hiring intelligence agents to track and silence his victims. Most notably, The New Yorker reported that former Mossad members met with McGowan several times under fraudulent identities.

“The explicit goal of the investigations,” wrote The New Yorker, “laid out in one contract with Black Cube, signed in July, was to stop the publication of the abuse allegations against Weinstein that eventually emerged in the New York Times and The New Yorker.”

All of this puts the charges against McGowan, and her denial of them, into a new light. Thus, last night's news that she turned herself in on Tuesday also takes on a different character.

The Los Angeles Times reports that McGowan, who has said she will plead not guilty at her arraignment on Thursday, posted $5,000 bail after her arrest. She and her lawyer argue that the drugs were planted in order to frame her which, honestly, doesn't seem all that weird right now. Seems like Weinstein has dragged us all over into the other side of the looking glass.