A felony drug charge has some seeing a nefarious plot in the works, but the facts may not bear that out 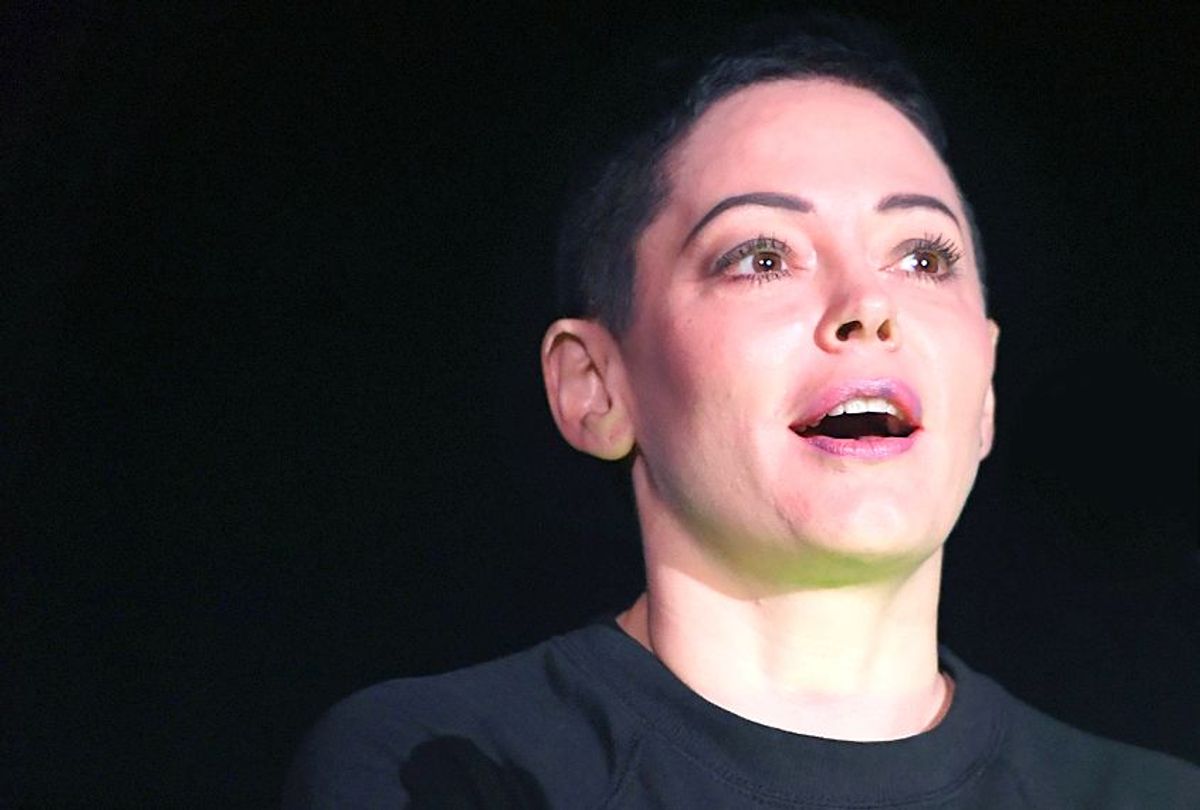 An arrest warrant has been issued for actress Rose McGowan for felony possession of a controlled substance after authorities said that her "personal belongings" left behind on a flight tested positive for narcotics.

The warrant was obtained by Metropolitan Washington Airports Authority Police Department on Feb. 1, after a police investigation concluded that items left behind on a United Airlines flight which landed at Washington Dulles International Airport on Jan. 20, tested positive for narcotics and belonged to McGowan, the Associated Press reported.

There are no current details on what the belongings were, what the substance was and how the actress is tied to the items. Authorities claimed they have contacted McGowan to appear in a Loudoun County, Virginia, court, according to the AP.

"The warrant obtained February 1, 2017, was and has been a matter of public record since issuance and our police have made attempts to contact Ms. McGowan regarding the matter," said Andrew Trull, the spokesman for the Metropolitan Washington Airports Authority, in a statement, according to the Huffington Post.

McGowan, 44, who has made headlines in recent weeks after she went public about sexual harassment settlements with Hollywood producer Harvey Weinstein, voiced her frustration over the arrest warrant on Twitter and raised questions that she could be being silenced after having spoken out.

"Are they trying to silence me? There is a warrant out for my arrest in Virginia. What a load of HORSESHIT," she wrote on Monday afternoon.

There is at this time no word on when or if McGowan will surrender herself or respond to the warrant in any legal, official way.

McGowan has a leading voice in the ongoing storm over Hollywood's now exposed system of sexual misconduct and abuse in Hollywood, sharing her own stories and amplifying the claims of others.

It was reported on Monday that Weinstein's lawyer offered McGowan $1 million to stay quiet days before the New York Times first published a story on Weinstein's alleged years of sexual abuse and settlements. Specifically, it is claimed that Weinstein raped McGowan in 1992, then reached a settlement with her in an apparent attempt to buy her silence.

While the Weinstein revelations only became a public issue earlier this month and the arrest warrant has been public record since Feb. 1 according to police, the timing of everything — along with the scarcity of details — has left many people wondering about a potential setup.

Such conspiracy theories are also being pushed from a surprising direction: prominent figures of the alt-right, presumably, in their intense hatred for the liberal Hollywood elitist class.

"I'm sure this is just a coincidence," Infowars editor, Paul Joseph Watson, tweeted.

"It's not a coincidence that Rose McGowan and Corey Feldman have both had this happen to them after speaking out against Hollywood predators," Laura Loomer tweeted.

"Curious timing," Breitbart tweeted along with a story on the news of McGowan's arrest warrant.