The Trump position on Roy Moore is a lot different than what the White House has claimed, McConnell says 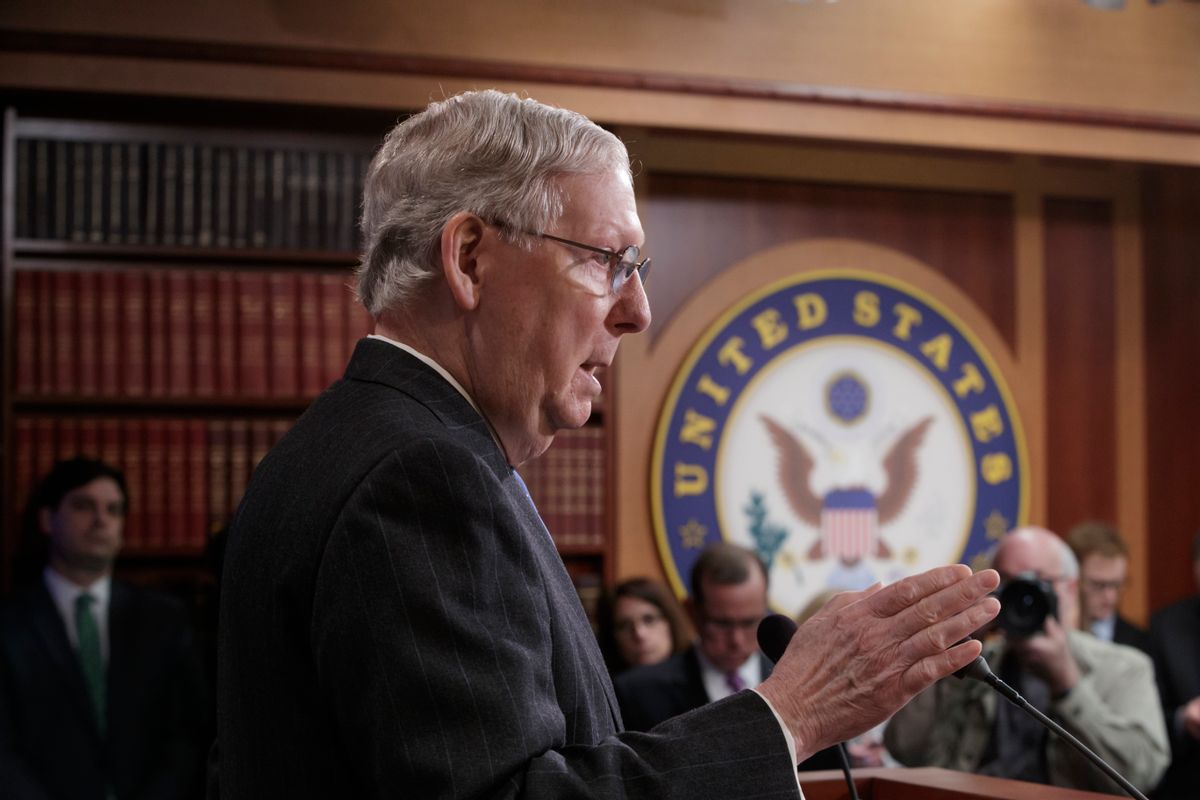 President Donald Trump may not want to get involved in the ongoing controversy surrounding Alabama's GOP Senate candidate Roy Moore, but Senate Majority Leader Mitch McConnell isn't making that easy for him.

McConnell said that Trump had been involved in handling the crisis surrounding Moore "in great detail" during his trip to Asia, according to The Wall Street Journal. He specifically described talking with Trump about how to manage the debacle on Friday, adding that he had also spoken with Trump's Chief of Staff John Kelly and Vice President Mike Pence on different occasions as well.

On Tuesday, McConnell appeared on CSPAN to reiterate that he had spoken with Trump while the president was in Vietnam and he believed Moore should not be allowed to serve in the Senate. He added that "we’ve looked at all the options to try to prevent that from happening. Once the president and his team get back, we’ll have further discussions about it."

McConnell's actions run against the approach that Trump has taken since the Moore scandal broke. During his trip to Asia, he avoided answering questions about Moore, even though the scandal had become such major news that Chinese President Xi Jinping privately asked Trump about it. On two separate occasions on Tuesday — first when Trump was aboard Air Force One, then again when he was returning to the White House — he avoided questions from reporters about the situation.

McConnell has also proposed an alternative that could further complicate the Trump administration's handling of the Moore crisis. On Tuesday he suggested that Alabama voters conduct a write-in campaign for Attorney General Jeff Sessions, who served in the seat currently being contested by both Moore and his Democratic opponent, Doug Jones.

Moore has been accused of trying to initiate sexual contact with two teenage girls, one 16 years old and the other one 14 years old.