You know it's bad when you've lost Fox News 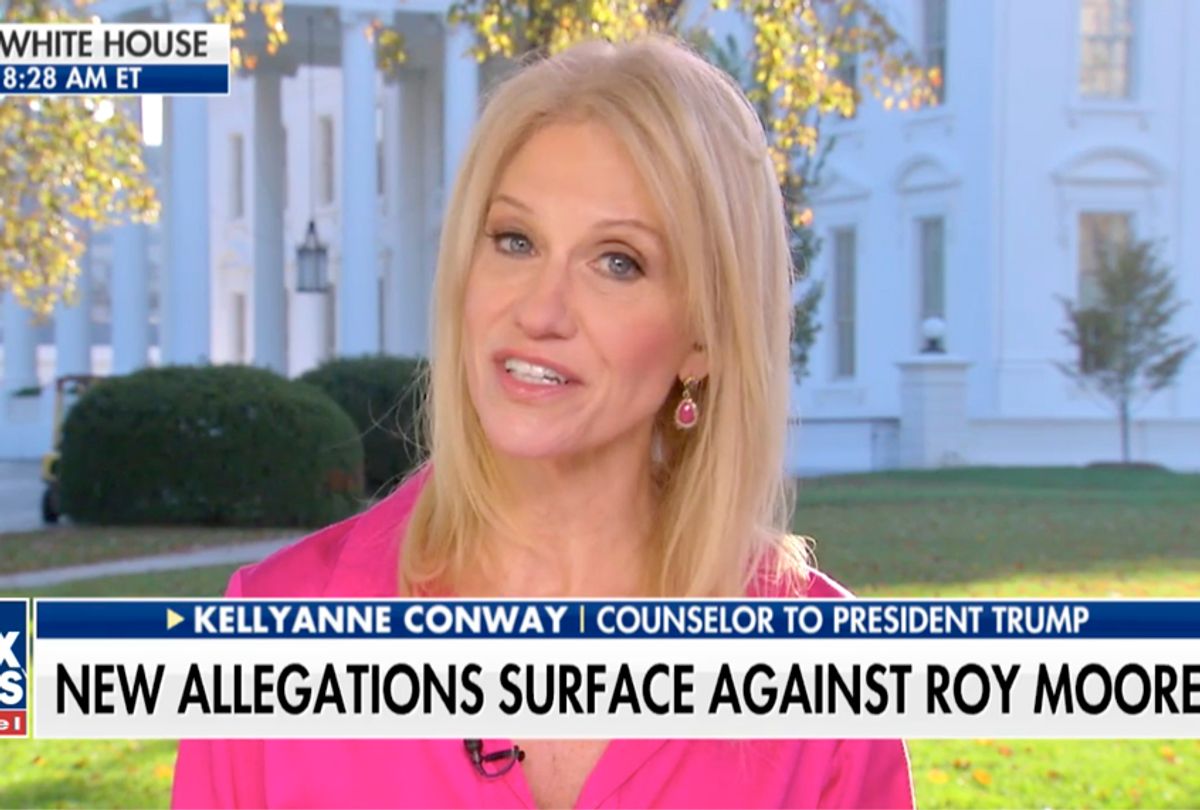 The White House might be going to war with its biggest fans.

The White House senior counselor complained Thursday that all the mainstream media wants to talk about is the GOP's Roy Moore issue, rather than the tax plan the Trump White House has been trying to push. She rebuked the Fox News co-hosts for piling on and bringing up the Senate campaign in Alabama during her interview.

“I do find that the mainstream media want to talk about this issue more than almost anything else,” Conway said. “And again, we’re not telling Americans what’s in the tax plan for them. If this is just going to be a war of soundbites then the tax plan will not be as successful.”

“I’m sorry,” Conway said after co-host Brian Kilmeade pointed out the special election in Alabama may prove decisive for the tax bill. “I think it’s incumbent upon everyone who has a role and a responsibility to inform people what’s going on on Capitol Hill to tell them what’s in this plan,” she argued, completely losing her cool.

Earlier in the interview, "Fox & Friends" co-host Ainsley Earhardt noted that Ivanka Trump had come out harshly on the Roy Moore allegations, but Trump had mostly been silent on the issue. Conway offered a feeble excuse for her boss' impassivity and then tried to steal credit from Ivanka.

“He’s been very busy here working,” Conway said, before deflecting by bringing up her own campaign against sexual misconduct. Conway claimed that she was actually the "first person" in the Trump administration to speak out on behalf of sexual assault victims.

“I tried to make this an issue over a year ago on October 9, 2016, when I talked about, maybe when I was younger and prettier, folks on Capitol Hill behaving in such a way that we should take a look at it,” she said. “Nobody wanted to listen to me because of the campaign I was managing.”

Co-host Steve Doocy asked Conway about Senate Majority Leader Mitch McConnell's plan to postpone the election so that he could replace Moore with a more viable candidate such as Attorney General Jeff Sessions, who would "go back to his old chair in the U.S. Senate.”

“That certainly has been raised,” Conway stuttered. “But again, the president will make a statement when he wants to make a statement. And none of us should get ahead of that.”