Please no, Uncle Joe: Can we pull the brakes on the Biden 2020 express? 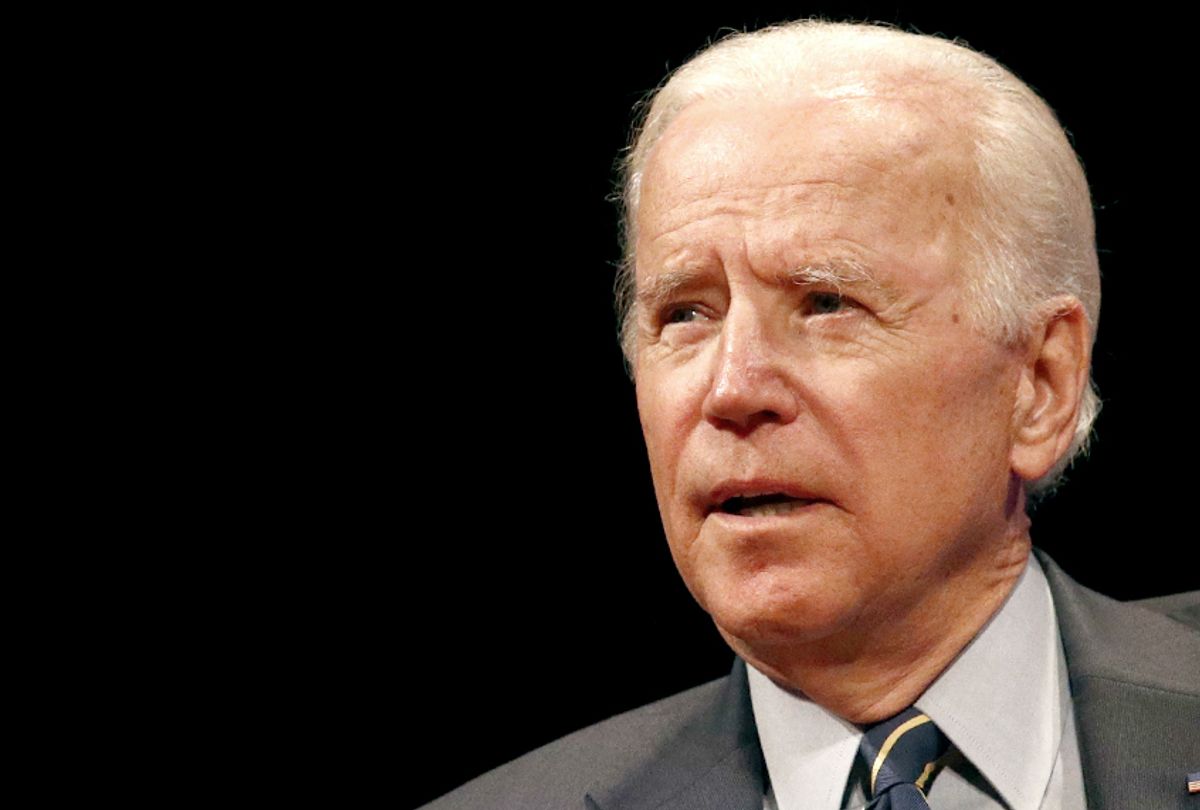 Joe Biden said on Wednesday that he has “no plans” to run for president, but on Tuesday the former vice president had insisted that he is “not closing the door” on a future run. If you couldn’t tell, Biden is out selling a book. Still, his numerous and contradictory statements about an impending return to electoral politics should be enough to make Democrats nervous.

Currently promoting his new episodic memoir, "Promise Me, Dad: A Year of Hope, Hardship and Purpose," recounting the last year of his son Beau Biden's life before he succumbed to brain cancer, Biden has loudly lamented not running for president in 2016. In his book, the former veep writes about assembling staff in key primary states and mapping out fundraising strategies before his son’s passing. Perhaps most illuminating, Biden also recently revealed that he had previously ruled out a third presidential run shortly after winning re-election as Barack Obama’s No. 2 in 2012. The reason: Beau Biden.

“I looked down the road and there would be a time in which, if I would continue to run after the vice presidency, it would crowd Beau out,” Biden told USA Today. “I really started to think that I’ve had all this time; I love what I do. But is it just too small a pond for two potentially national figures with the same name?”

Biden already bowed out once. He needs to close the door now

Biden announced in 2015 that he would not seek the presidency because the "window on mounting a realistic campaign" had closed before his family was able to work through the grief of losing Beau. He didn’t run because of his son, twice, with the second decision coming at an unbearable cost. Maybe this time he should make the same decision for the rest of us.

Biden's ability to glad-hand as the jovial guy who can connect with babies and relate to workers in Scranton, Pennsylvania, has earned him the affection of large swaths of the nation close to the middle of the economy and the middle of the political spectrum. He doesn’t come across as aloof or condescending, saving him from some of the conservative scorn that typically depicts leading Democrats as sneering, elite bloodsuckers.

But while Onion parodies that portrayed him as the porn-loving V.P. who threw weed-infested parties at the White House have apparently left Biden in high esteem with America’s teenagers, he has never been the favorite of the progressive base that now appears ascendant in the Democratic Party. Of course, Hillary Clinton ultimately prevailed over Bernie Sanders, and Biden could -- and probably would -- win the party’s nomination even if he isn’t the activist left’s preferred candidate. That might well prove disastrous for Democrats.

Biden can’t beat Trump. Although Biden has claimed he could have beaten Trump in last year's election, and a new poll suggests he would do so if the election were held today, he probably can’t in 2020.

Reruns don’t win for Democrats. While Hollywood and Republicans have found success in sequels and franchises, Democrats have a history of rejecting a second helping in favor of something new. That’s hardly Joe Biden. He has already run for president twice and will turn 78 a few weeks after Election Day 2020.

The Democrats’ anti-Bernie, Biden somehow finds himself uttering things like "the wealthy are as patriotic as the poor" in the year 2017. How? In a world where populists are incredibly popular, Biden’s brand of centrism is a non-starter for so many in the activist base who will be certain show up in the primary. His run would prove as polarizing as a second run by Bernie Sanders, without much of the upside. (Sanders is currently the most popular politician in America, according to polling.)

Since leaving the White House, Biden has only continued to attack popular progressive ideas. While recently launching his new think tank, the Biden Institute, the former vice president attempted to quash a burgeoning debate on Universal Basic Income, a hot topic in progressive economic theory. And while he certainly has built an impressive resume, experience is not exactly the quality that wins elections these days. Biden has supported nearly everything that made Hillary Clinton toxic to progressives. He voted for the Iraq war, drafted the 1994 crime bill, and supported increased restrictions on abortion access.

To be fair, the 36-year Senate veteran has a long record of championing women’s rights. But Biden is still the wrong man to serve as the Democratic leader at a time when women and our stories are gaining prominence.

"Let's get something straight here, I believed Anita Hill," Biden said at Glamour's Women of the Year summit in New York on Monday. Maybe that's true, but it certainly didn't seem that way in 1991, when Hill accused future Supreme Court Justice Clarence Thomas of sexual harassment. Including to Hill herself, who has publicly said Biden didn’t believe her.

“There were three women who were ready and waiting and subpoenaed to be giving testimony about similar behavior [by Thomas] that they had experienced or witnessed. [Biden] failed to call them,” Hill told the Huffington Post in 2014. “There also were experts who could have given real information as opposed to the misinformation that the Senate was giving ... and helped the public understand sexual harassment. He failed to call them.”

Biden’s subsequent history of handling women in ways that makes them visibly uncomfortable made for great memes while his hokey "Creepy Joe" persona was in full effect, but in the wake of sexual harassment scandals surrounding numerous powerful men, it's hard to imagine that such actions will continue to be overlooked. As the Daily Beast’s Erin Gloria Ryan notes, "Right now, a society grappling with men, power, sexual exploitation, and consent does not need Joe Biden's highlight reel playing alongside Rep. Jackie Speier's pledge to fight sexual harassment on the Hill."

Biden has widespread appeal, but it’s really nothing special

A Politico/Morning Consult poll conducted from Nov. 9-11 suggested that Biden would edge out Donald Trump in a head-to-head match. A vocal and consistent critic of the president, Biden has been a voice of the resistance while retaining his popularity with independent voters, a remarkable feat in such polarized times. But Biden actually polled slightly worse than a generic Democratic candidate in such a hypothetical matchup, who leads Trump 48 percent to 34 percent. So why not give literally any other Democrat a chance?

"The answer is no. I have no plans on running in 2020," Biden told NPR on Wednesday after weeks on the book circuit suggesting otherwise. "I don't know what's going to happen two years from now," he added. "What people want me to say is that under no circumstances will I run. That would be a foolish thing to say."

While he doesn’t seems to fully get it (a life of continual pursuit for public office may do that to you), Biden’s legacy would best be left as America’s most prominent “problematic fave.” Protect that legacy, Joe -- and spare us the agony.