Texas Sen. John Cornyn sponsors a bipartisan bill to close Texas shooting loophole — and other Republicans back it 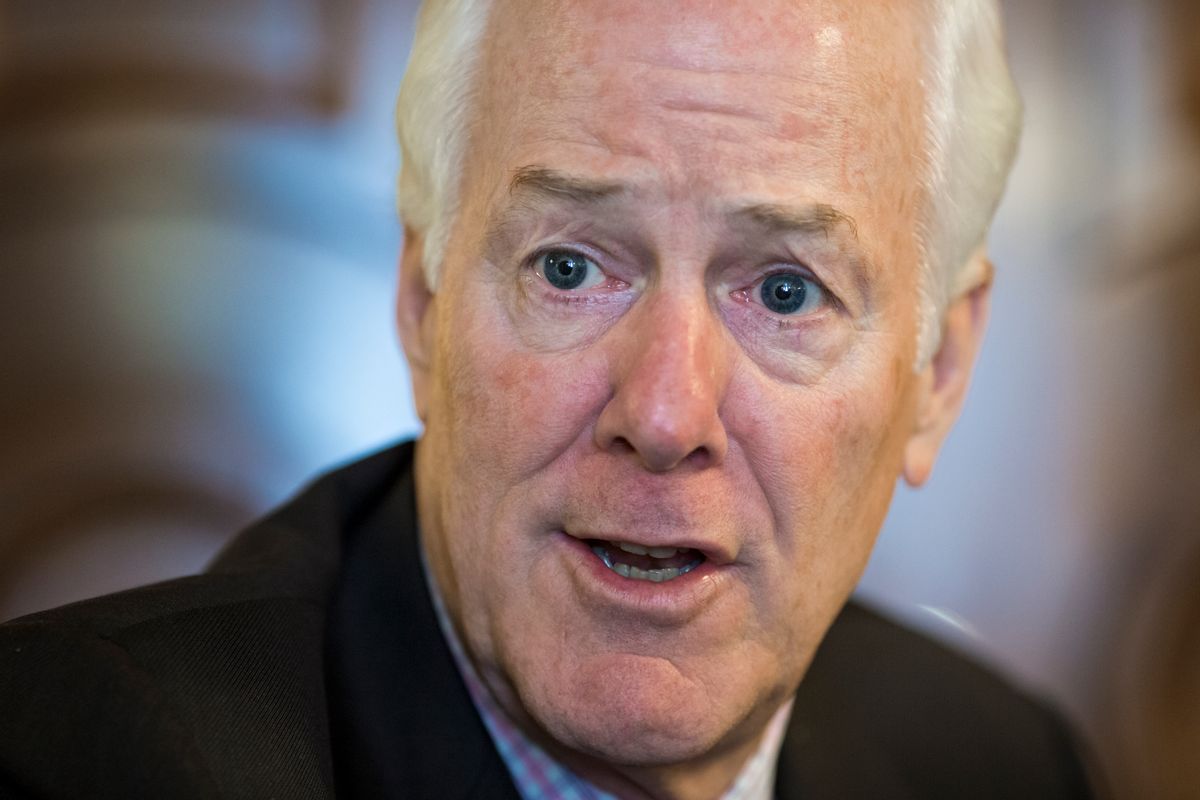 Senate Majority Whip John Cornyn, R-Texas, talks about a criminal justice reform bill during an interview with The Associated Press in his office at the Capitol in Washington, Thursday, Jan.21, 2016. The legislation includes reductions in mandatory minimum sentences for non-violent drug offers, while also increasing minimums for interstate domestic violence. A widening Republican rift over revamping the nations criminal justice system is dashing hopes for overhaul despite strong bipartisan support and a concerted effort by Cornyn. (AP Photo/J. Scott Applewhite) (AP)
--

Bipartisan lawmakers revealed legislation on Thursday that would make improvements to background checks for firearm sales with the hopes of making it more difficult for guns to be sold to individuals who are unfit. The new legislation was sponsored by Sens. John Cornyn, R-Texas, and Chris Murphy, D-Conn., and "would incentivize states to strengthen the National Instant Criminal Background Check system to ensure all background check information is uploaded," NBC News reported.

Other senators from both parties have signed on to the legislation as well, such as Sens. Richard Blumenthal, D-Conn., and Tim Scott, R-S.C.

"For years agencies and states haven’t complied with the law, failing to upload these critical records without consequence," Cornyn said in a statement on Thursday. "Just one record that’s not properly reported can lead to tragedy, as the country saw last week in Sutherland Springs, Texas. This bill aims to help fix what’s become a nationwide, systemic problem so we can better prevent criminals and domestic abusers from obtaining firearms."

The "Fix NICS Act" seeks to ensure that all necessary records are uploaded and requests federal agencies and states to lay out plans "to upload and verify the criminal and mental health records necessary to bar unfit purchasers from buying a weapon," NBC reported after obtaining a copy of the bill's description. The bill would also incentivize states to comply with the requirements for uploading necessary reports in order to receive grants, and avoid penalties such as withheld bonuses for political appointees.

"This deal will strengthen the background check system and save lives. Our bill marks an important milestone that shows real compromise can be made on the issue of guns," Murphy said.

The legislation comes on the heels of a string of mass shootings across the U.S. With six weeks to spare, 2017 has quickly become the deadliest year for mass killings in the country in more than a decade, and a majority of Republican lawmakers have been reluctant to act by tightening up the nation's lax gun laws.

While the new piece of bipartisan legislation could certainly improve the structure of firearm sales, if passed, the country still has a long journey ahead when it comes to guns.

Authorities confirmed on Wednesday that a Northern California man who killed his wife before setting off on a shooting rampage that claimed four others was ordered earlier this year to give up his firearms.