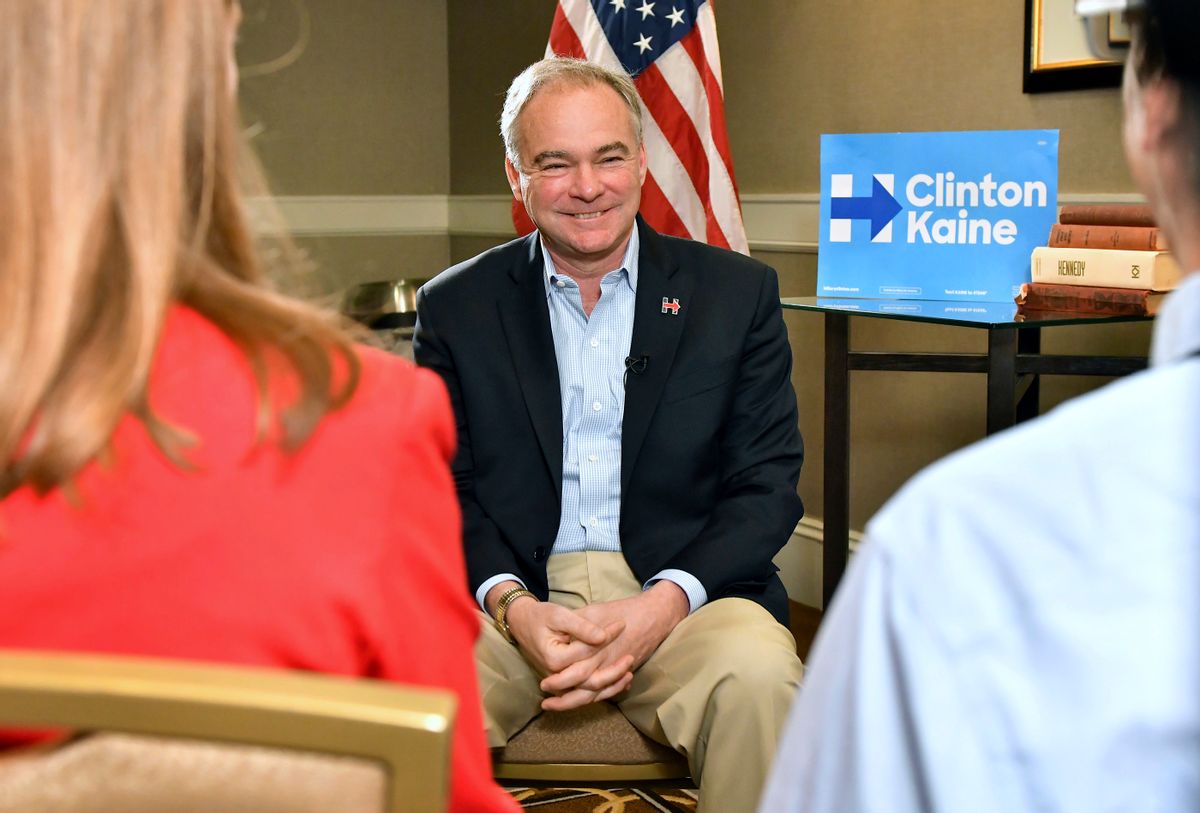 Either Sen. Tim Kaine (D-Va.) is running for president in 2020, or trying to spice up his extremely bland political brand. In either case, Hillary Clinton's former presidential running mate — who, along with Clinton, inched to victory in the 2016 Democratic primary because of appointed Democratic superdelegates — has announced that he is against superdelegates.

"I have long believed there should be no superdelegates. These positions are given undue influence in the popular nominating contest and make the process less democratic," Kaine wrote on Wednesday to Democratic National Committee Chairman Tom Perez, according to Politico.

He added that he hoped the Unity Reform Commission, which was appointed last year to improve the DNC's process for nominating presidential candidates, would decide to eliminate the system. If they fail to do so, Kaine urged other superdelegates like himself to vote for the candidate who won the most popular votes in their state's primary.

"I encourage any other superdelegate who feels the same way to take the same pledge. I believe the task of the Unity Commission will be made easier if its members know that there are many superdelegates, appointed automatically pursuant to party rules, who don’t mind changes to the current system to make our rules more democratic," Kaine wrote to Perez.

Kaine's adoption of the cause of eliminating superdelegates makes him yet another in a long line of potential Democratic presidential candidates in 2020 who have recently moved to the left on specific issues, presumably to appeal to the type of progressive who supported Sen. Bernie Sanders, I-Vt., in the 2016 primaries. These included Sen. Kamala Harris of California, who came out in favor of Medicare for all, and Sen. Cory Booker of New Jersey, who expressed support for legalizing marijuana.

Within the context of the Democratic Party's presidential primary, primary voters in each state vote for their presidential candidate of choice, and candidates are then awarded a number of state delegates proportional to the state's population and the relative vote percentage each candidate earns. Yet in addition to the number of delegates awarded to each candidate via  elections, the Democratic Party primary also stipulates the existence of so-called "superdelegates" — delegates that are appointed, rather than elected by primary voters, and who can vote without accountability to any group of voters.

The existence of superdelegates has been criticized as "undemocratic"; in the 2016 Democratic presidential primary, the vast majority of superdelegates voted for the Clinton/Kaine ticket. "This unelected party nobility, which overwhelmingly backs Hillary Clinton, entrenches establishment politics and can undermine the candidate democratically chosen by the party’s mass base," wrote Ben Norton in Salon at the time. "Debbie Wasserman Schultz, the chair of the Democratic National Committee and a close ally of Clinton, has herself openly admitted that the superdelegate system exists to undermine grassroots democracy within the party," he continued.

While many Sanders supporters particularly are against the existence of superdelegates, the presence of superdelegates wasn't the sole issue that denied Sanders a fair opportunity to win the nomination. (For more on that, check out Donna Brazile's recent book.) It also seems unlikely that the issue of superdelegates would carry the same import among progressives as matters like health care reform and ending the war on drugs.