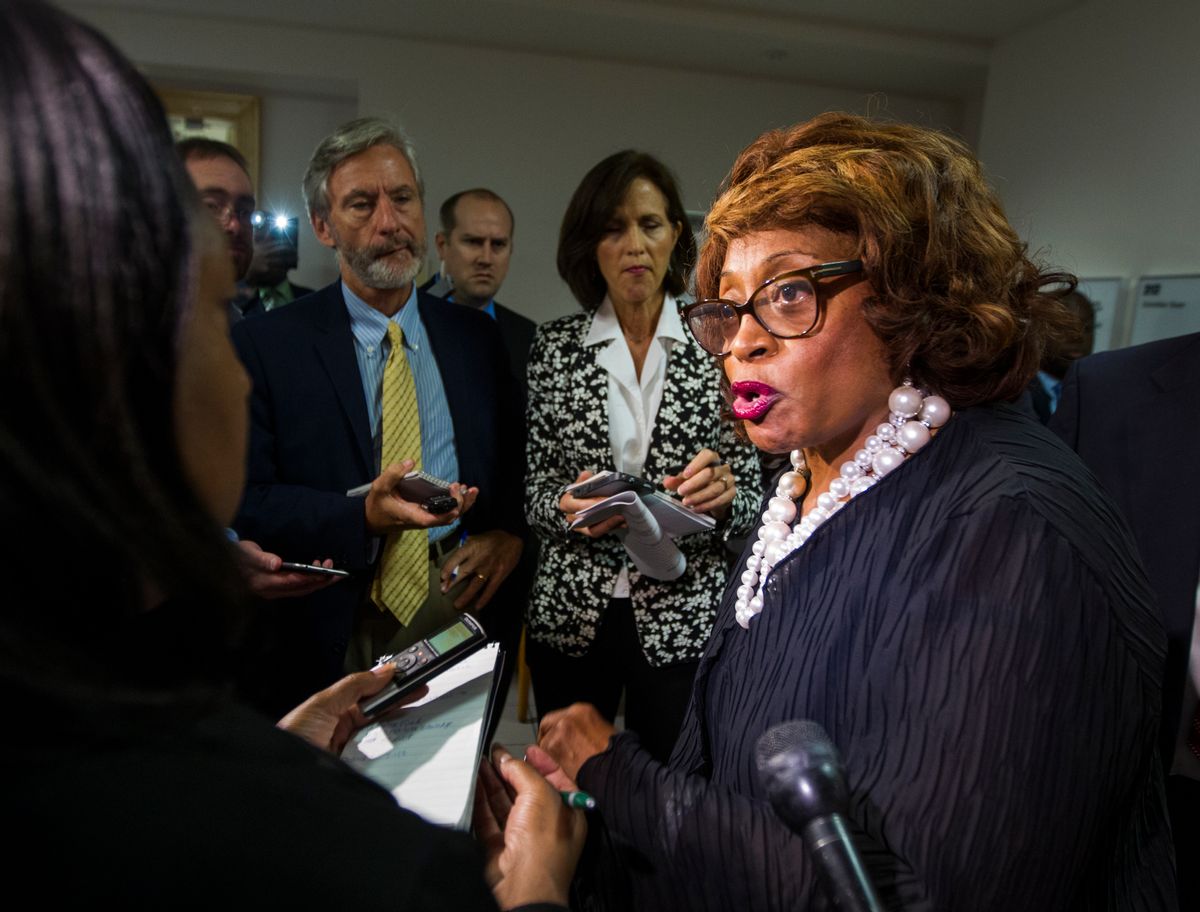 FILE - In this Aug. 13, 2015, file photo, former Rep. Corrine Brown talks with the press in Tallahassee, Fla. Opening statements in Brown's trial have been set for April 26, 2017, for the former Florida congresswoman who pleaded not guilty to fraud charges related to a charity that prosecutors said she used as a personal slush fund. (AP Photo/Mark Wallheiser, File) (AP)
--

Former Democratic Rep. Corrine Brown asked for leniency from a federal judge in Florida on Friday. She faces a lengthy prison term after being convicted of stealing thousands of dollars that were meant to go to charity.

In May, a jury convicted Brown of 18 felony counts, including filing false tax returns, mail fraud, and working with others to run a fake non-profit group.

Her conviction represents a major fall from political grace. Brown was one of the first black elected officials to be elected to federal office in Florida in 1992. She represented the Jacksonville, Florida area in the U.S. House of Representatives for over 20 years as a Democrat before losing a party primary in 2016. The vote came shortly after she was indicted.

“She ran for office to be a leader of American democracy while she stole money in a multitude of ways,” assistant U.S. attorney Tysen Duva said during the sentencing hearing. “She was a historic figure. She was a trailblazer. She has positive things to point to, but what it can’t do is overshadow the offense.”

Despite her convictions, Brown is still maintaining her innocence. During her trial, she repeatedly lashed out at prosecutors, even once blaming their investigation of her activities as somehow being responsible for a nightclub shooting in Orlando. Brown had also claimed she was being prosecuted on account of her race.

Despite her earlier remarks, on Thursday, Brown tried to sound more conciliatory.

“I ask that you take into consideration all that I’ve done in my life, and I humbly ask for mercy and compassion," Brown said, according to a local television station report.

"I never imagined I would one day be in court asking people to speak on my behalf – never," she said. "In hindsight, I wished I had been more diligent in overseeing my personal and professional life."

U.S. District Judge Timothy Corrigan will reveal Brown's sentence on Dec. 4, according to records of the proceedings.