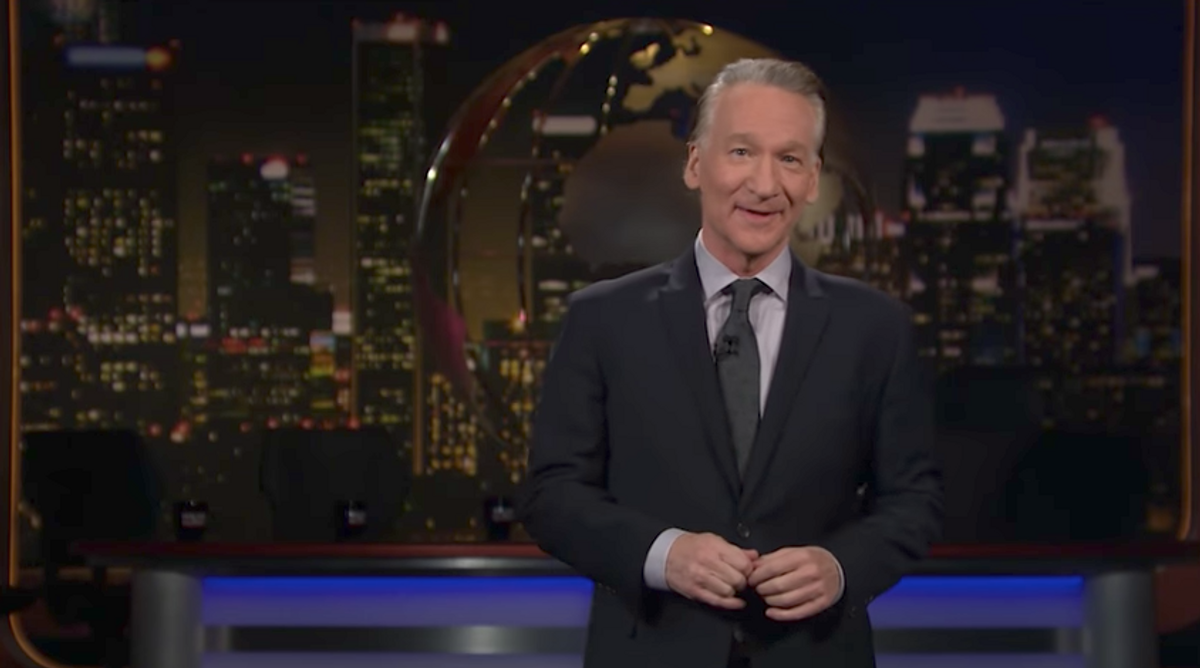 In the season finale of "Real Time" late-night comedian Bill Maher made a case for his friend Sen. Al Franken, D-Minn., who was accused of sexual harassment on Thursday, and said he shouldn't be "lumped in" with other high-profile figures who have been accused in other recent sexual abuse scandals.

During his monologue Maher joked that when the "very disturbing" news broke about Franken he was so shaken he "called Bill Cosby to see if he had anything that could calm me down."

But Maher appeared more serious and said that Franken "did a bad thing" when a picture of him was taken of him "mock-groping" his accuser, radio host, Leeann Tweeden during a USO tour in 2006.

The late-night comedian also slammed Franken's sketch in which he allegedly forced a kiss on Tweeden.

"If you write a comedy sketch where you, Al Franken, kiss a model and the next line of dialogue isn't 'get off of me creepy' it's not comedy, it's science-fiction," Maher said.

Maher acknowledged that the condemnation for Franken's behavior has been "universal, which he deserves" but that he doesn't deserve to be "lumped in" with Alabama Senate candidate Roy Moore, actor Kevin Spacey, Hollywood producer Harvey Weinstein, or President Donald Trump, who have all been accused of sexual harassment or otherwise misconduct.

Trump has called "his accusers liars, threatened to sue them, did long riffs at his rallies where he’d say they were too ugly for him to assault," Maher said. "Plus, with Al Franken we’re talking about one incident. Trump has 16 accusers, Roy Moore has nine."

The late-night comedian suggested that there should be a separate #MeToo campaign in which "I can tell two unlike things apart."