Davis' opponent for re-election may be David Ermold, a gay man whom she rejected face-to-face 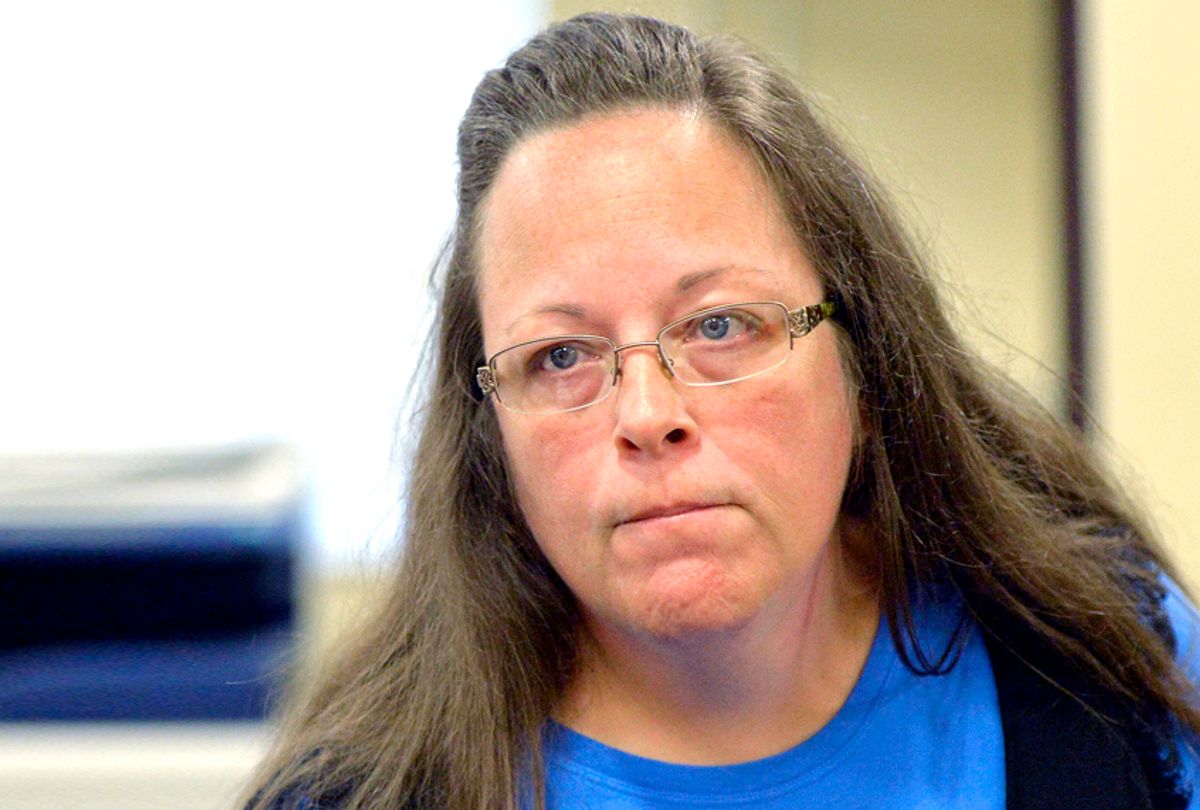 Kim Davis, the Kentucky county clerk who refused to marry same sex-couples on religious principle is up for re-election next year. The incumbent, however, may be pitted against an old enemy when she runs: David Ermold, a gay man who was denied a marriage license by Davis’ office in 2015. Now successfully married, Ermold is apparently “seriously considering” running for Davis’ job.

“I think I could win,” Ermold told the Associated Press on Nov. 7. “I don’t think that she has learned anything from the experience at all. I really, truly think that she feels like she is right. I really don’t think she cares at all about what civil rights are,” he said

Though Davis’ lawyer, Liberty Counsel’s Mat Staver, told the AP that she “doesn’t have any major concerns” about her re-election, there is mounting support for Ermold on Twitter. Indeed, she may have reason to be concerned after the 2017 “blue wave” elections in which transgender candidate Danica Roem defeated Robert G. Marshall, the Virgina lawmaker who introduced that state's infamous anti-trans “bathroom bill.”

Oh. My. God. EVERYBODY needs to commit to donating to @DErmold so that he can run, win and defeat #KimDavis. https://t.co/SOgbOmwd6b

On Nov. 10, Ermold tweeted that he needed “to get a few things in order” before any official announcement can be made.

Thank you so much for the support, Attica. I just need to get a few things in order and get in contact with the right people to make it happen. #inspiration https://t.co/8Apt6DFLyj

Apathy in life is not an option. If we don't stand for something, we stand for nothing. #RowanCounty

Davis originally drew national attention when she blurred the lines between church and state in 2015 when she refused to issue marriage licenses to same-sex couples, even after the Supreme Court’s marriage-equality ruling. She was even briefly jailed for her refusal to abide by the ruling and released on the condition that she didn’t interfere with deputy clerks issuing same-sex marriage licenses.

If Ermold runs, the 2018 elections will not be the first time they’ve faced off. He confronted Davis in a video at a municipal office that made national news in 2015.

Ermold and his now husband are part of the group of same-sex couples suing Davis. Their case is still pending.