Claims Bob Weinstein paid $600,000 to Harvey's accusers suggest the brothers were in it together 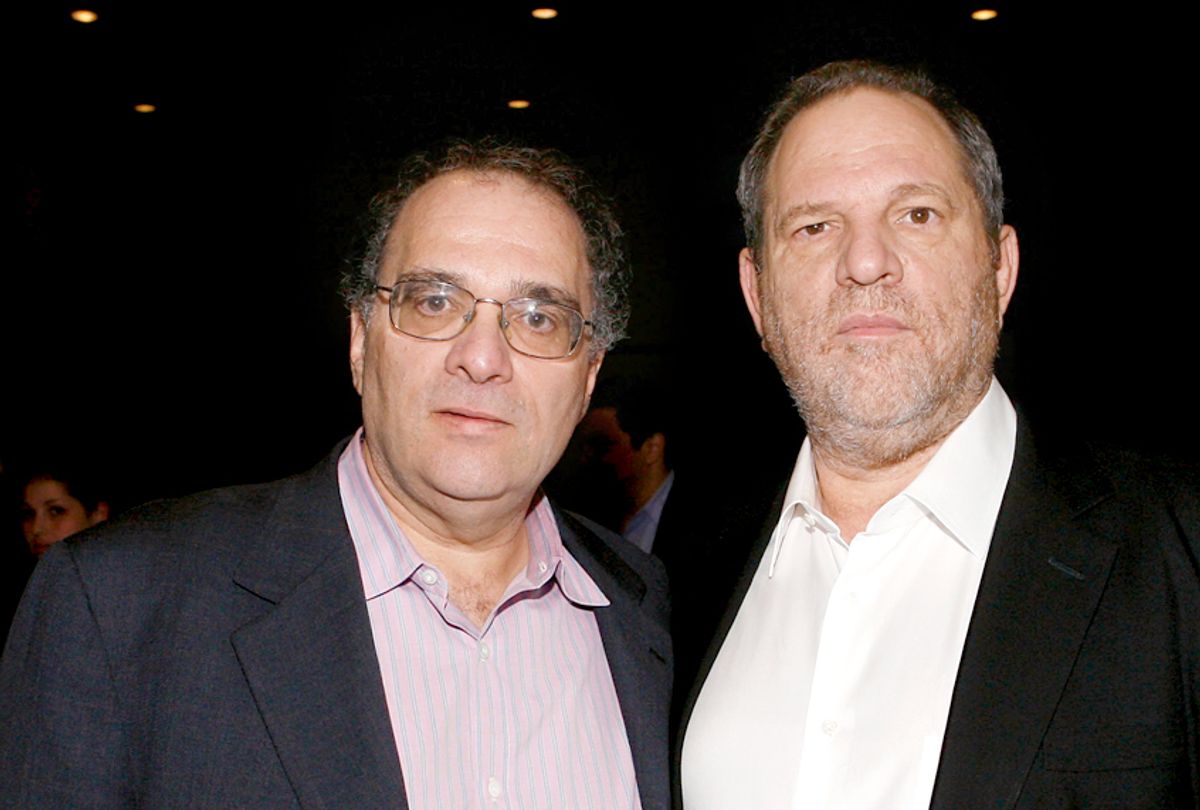 Tuesday, Ronan Farrow released his third in a series of New Yorker articles detailing the alleged pattern of sexual abuse of media mogul Harvey Weinstein. Earlier, Farrow had talked to Weinstein's accusers and, subsequently, detailed the lengths to which the producer attempted to silence and track them.

In his latest piece, Farrow dives deep into the system of settlements and payoffs Weinstein and those supporting him used to keep stories of harassment and assault out the news.

Farrow reports that, in exchange for $1 million, Filipina-Italian model Ambra Battilana Gutierrez signed a nondisclosure agreement to stay quiet about the time Weinstein allegedly groped her breasts and attempted to slide his hand up her skirt.

"I didn’t even understand almost what I was doing with all those papers," Gutierrez told him. "I was really disoriented. My English was very bad. All of the words in that agreement were super difficult to understand. I guess even now I can’t really comprehend everything."

"I saw him shaking and I realized how big this was. But then I thought I needed to support my mom and brother and how my life was being destroyed, and I did it," she said of Weinstein's attorney. "The moment I did it, I really felt it was wrong."

"The Weinstein confidentiality agreement is perhaps the most usurious one I have seen in decades of practice," an attorney familiar with the agreement told The New Yorker.

Gutierrez was just one of many women Weinstein apparently silenced with money and nondisclosure agreements over the least two decades. "He used these kinds of agreements with employees, business partners, and women who made allegations—women who were often much younger and far less powerful than Weinstein, and who signed under pressure from attorneys on both sides," Farrow wrote.

"Repeat offenders are able to operate under a cloak of silence with the help of nondisclosure agreements," Samuel Estreicher, a professor of law at New York University, who focuses on employment issues said.

Some of the sexual-harassment settlement payments were underwritten by Weinstein's brother and partner, Bob Weinstein, which was "a move that helped conceal the payment from executives at Miramax and its parent company, Disney, as well as from Harvey Weinstein’s spouse," Farrow writes. The article reports one of these payouts in the 1990s saw Bob dipping into his personal bank account for "fifty thousand pounds, roughly six hundred thousand dollars today, to be split between two female employees in England who accused Harvey Weinstein of sexual harassment and assault."

In the past, Bon Weinstein has denied any previous knowledge of his brother's alleged behavior. “I’m ashamed that [Harvey] is my brother, to be honest, and I am ashamed that these are his actions,” Bob Weinstein told The Hollywood Reporter. "I have a brother that's indefensible and crazy. I want him to get the justice that he deserves." Farrow's report calls into question that and other assertions the producer's brother has made. A former Miramax executive told Farrow it was "implausible that Bob Weinstein did not know about the nature of the allegations, which were reported to the company."

Nonetheless, he claimed ignorance in an interview with The New Yorker, saying “Regarding that payment, I only know what Harvey told me, and basically what he said was he was fooling around with two women and they were asking for money . . . And he didn’t want his wife to find out, so he asked me if I could write a check, and so I did, but there was nothing to indicate any kind of sexual harassment.”

Bob Weinstein is currently under fire for his own alleged sexual misconduct. He continues his position at the brothers' Weinstein Company, though the continued existence of that film studio is very much a day-to-day question.