Whitefish Energy is refusing to continue its work in Puerto Rico 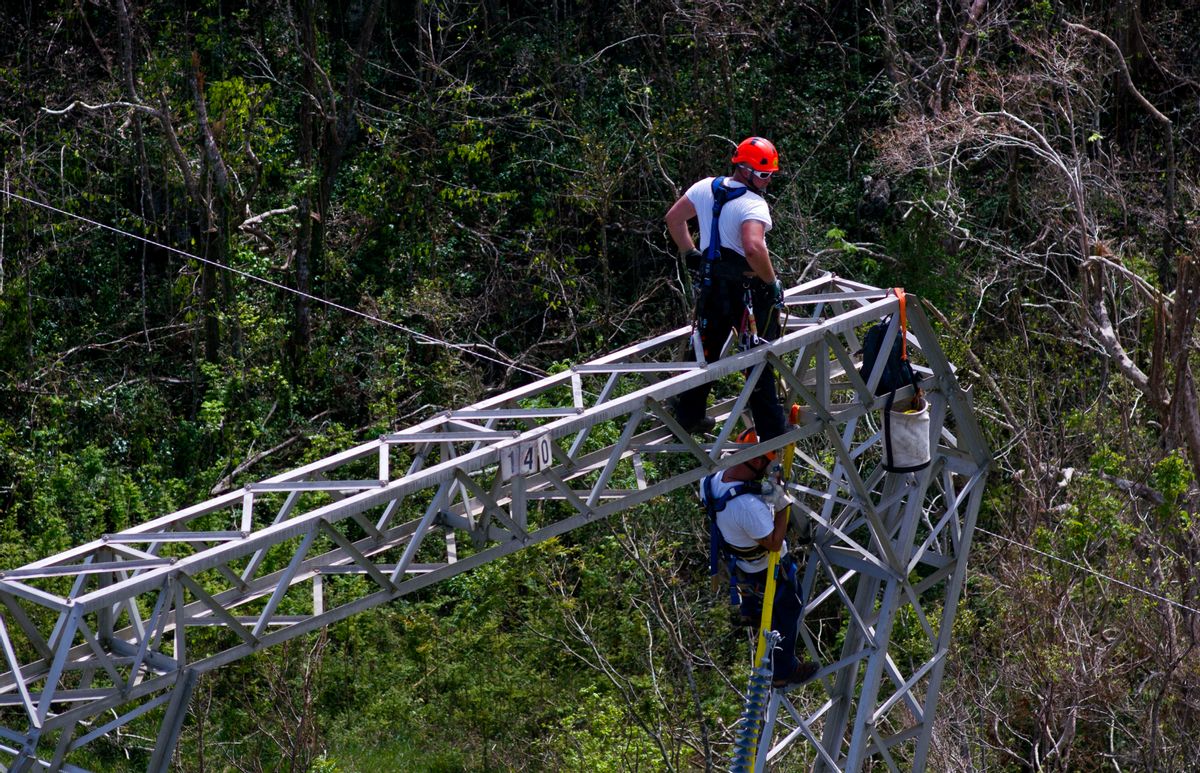 Whitefish Energy, the small Montana energy firm that was awarded a controversial $300 million contract to rebuild Puerto Rico's damaged infrastructure, is throwing the corporate equivalent of a temper tantrum.

The company has decided to stop its work on Puerto Rico's electricity grid and other necessary infrastructure projects 10 days earlier than expected, according to Bloomberg. CEO Andy Techmanski claimed that this is because Puerto Rico Electric Power Authority, or PREPA, hasn't yet paid them the $83 million they were owed under contract.

"Whitefish Energy's contract with PREPA was negotiated in good faith and it was based on PREPA asking Whitefish Energy to take on a number of additional risks and tasks that are normally not part of an emergency response," Whitefish Energy explained in a statement. "We have met the terms of the contract — including completing difficult work on time and under challenging conditions."

The statement added, "Whitefish Energy and its subcontractors, including the APPA utilities, are currently standing down on performing additional work until PREPA pays for approved work already completed. Whitefish Energy is continuing in earnest to work with PREPA so that past due invoices are paid and critical work can resume."

The Whitefish contract was controversial for a number of reasons, including the fact that Whitefish Energy only had two full-time employees when Hurricane Maria hit Puerto Rico and had no experience engaging in work on the scale of that required on the commonwealth. The company has also been accused of overcharging Puerto Rican taxpayers, with linemen being paid $319 an hour for their work — almost 17 times the amount earned by linemen in Puerto Rico itself.