In the battle against disinformation, tech solutions aren't enough 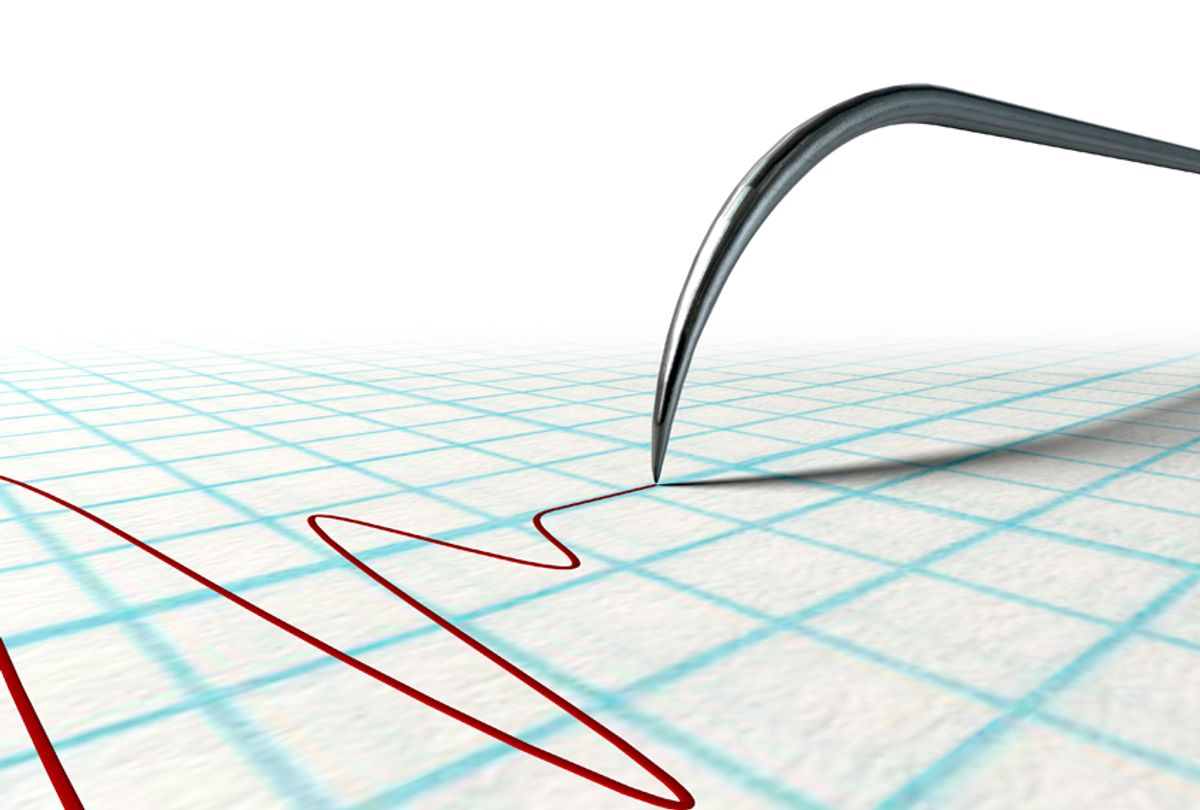 A year out from Donald Trump's astonishing and disturbing presidential win, it's become clear that the absolute sea of disinformation — much of which was Russia-funded and most of which was disseminated through the internet — was critical in helping push a know-nothing reality TV star–turned-wannabe-dictator into power. With the 2018 elections less than a year away, the pressing question now is: How we stop this from happening again?

Unfortunately, on a Tuesday press call organized by the Factual Democracy Project, an anti-propaganda political action group, the experts did not have the magic bullet. While those on the call were optimistic that social media giants like Facebook and Twitter can do more to slow the onslaught of disinformation — mostly fueled by supporters of authoritarianism, both in and outside of the U.S. — ultimately, it was hard to avoid concluding that the reason that disinformation works is because there's an audience for it.

“We see communication in this transmission model," Claire Wardle, a research fellow at the Harvard Shorenstein Center, argued. We want to believe, she said that "more quality information" is the solution.

"What we’re missing is that people’s relationship to information is entirely emotional," Wardle added. "People want to consume information that makes them feel good, because it reaffirms their worldview"; moreover, "disinformation agencies" understand that psychology.

Part of the problem is that during the campaign and beyond, the sources of right-wing disinformation have been diffuse. Some of it comes from Russian-backed sources, absolutely. But a lot comes from sleazy right-wing operators stateside. Many of these folks aren't even getting paid, but are part of a volunteer army of "alt-right" propagandists.

“People are sharing psychological, academic research" about how people develop false beliefs in "alt-right" forums, Wardle said. Much of this research was conducted with an eye towards improving people's critical thinking skills, but self-appointed Trump defenders are using it for the opposite intent. By figuring out why people believe false things, they hope to trick more people into believing more false things.

Once a false idea "gets into the water, it’s hard to get it out," explained Tom Jensen, the director of Public Policy Polling, a polling firm. As an example, he cited the "Bowling Green massacre," a nonexistent terrorist attack that was concocted by Kellyanne Conway in order to justify support for Trump's Muslim travel ban. Even though it never happened, the phrase stuck around to the extent that Public Policy Polling found that half of Americans who supported the travel ban believed that this massacre — which again, never happened — justified the ban.

The biggest disseminator of disinformation in the country now is Trump himself, a man who is completely unencumbered by moral discomfort with blatant lying in order to get his way. For instance, Trump has been running around shamelessly claiming that the Republican tax bill will raise taxes on rich people like himself, when in fact it's the opposite — the plan is to cut taxes for the rich and pay for it by hiking taxes on lower- and middle-income people. There's no tech solution, no Facebook algorithm to get around a president who simply says what he thinks sounds good and doesn't give a single crap if it's a blatant lie.

Trump gets away with this because he's figured out that his supporters don't mind believing lies, especially if those lies are flattering or tell a compelling story they really wish were true.

In Adam Serwer's feature piece at The Atlantic this week, in which he makes the compelling and still necessary argument that it was racism that won Trump the election, Serwer recounts the role that myths about immigrants were central to Trump supporters justifying their votes for the demagogue:

Some Trump voters I spoke with were convinced, for example, that undocumented immigrants had access to a generous welfare state that was denied to everyone else. “You look at all these illegal immigrants coming in who are getting services that most Americans aren’t getting as far as insurance, welfare, Medicaid, all that jazz,” Richard Jenkins, a landscaper in North Carolina, told me. Steve, a Trump supporter who runs a floor-covering business in Virginia’s Tidewater area, told me that it “seems like people coming to this country, whether it’s illegally or through a legal system of immigration, are being treated better than American veterans.” If you believe that other people are getting the assistance you deserve, you are likely to oppose that assistance. But first you have to believe this.

The internet absolutely helped spread rumors that there were secret federal assistance programs only available to non-white people and immigrants. But the fact of the matter is, those stories have been around for decades, spread by word of mouth. Russians may have pumped some money into elevating that propaganda, but it found an audience because so many people were willing to believe. And they want to believe because they are racist and want to justify their racism.

As the experts on the Factual Democracy Project call pointed out, Russian propagandists blitzed French voters before the recent election as well, but they didn't have nearly as much success as they did in the United States. Some of that was due to structural reasons, but mostly it's because a higher percentage of French voters were skeptical of right-wing propaganda, particularly if they suspected it was coming from Russian agencies.

At this point, it's arguable that many Trump supporters don't care and will blatantly deny consuming Russian propaganda, so long as it is telling them what they want to hear. As a Trump supporter told CNN recently during a voter panel, "If Jesus Christ gets down off the cross and told me Trump is with Russia, I would tell him, 'Hold on a second. I need to check with the President if it's true.'"

If liberals want to counteract the impact of propaganda, it's clearly not enough to keep quarreling about facts. The only way people build an immunity to right-wing propaganda is if they stop wanting to believe. It's time to start shifting the conversation over to values, and convincing people liberal values are better.