This is where we are. God help us 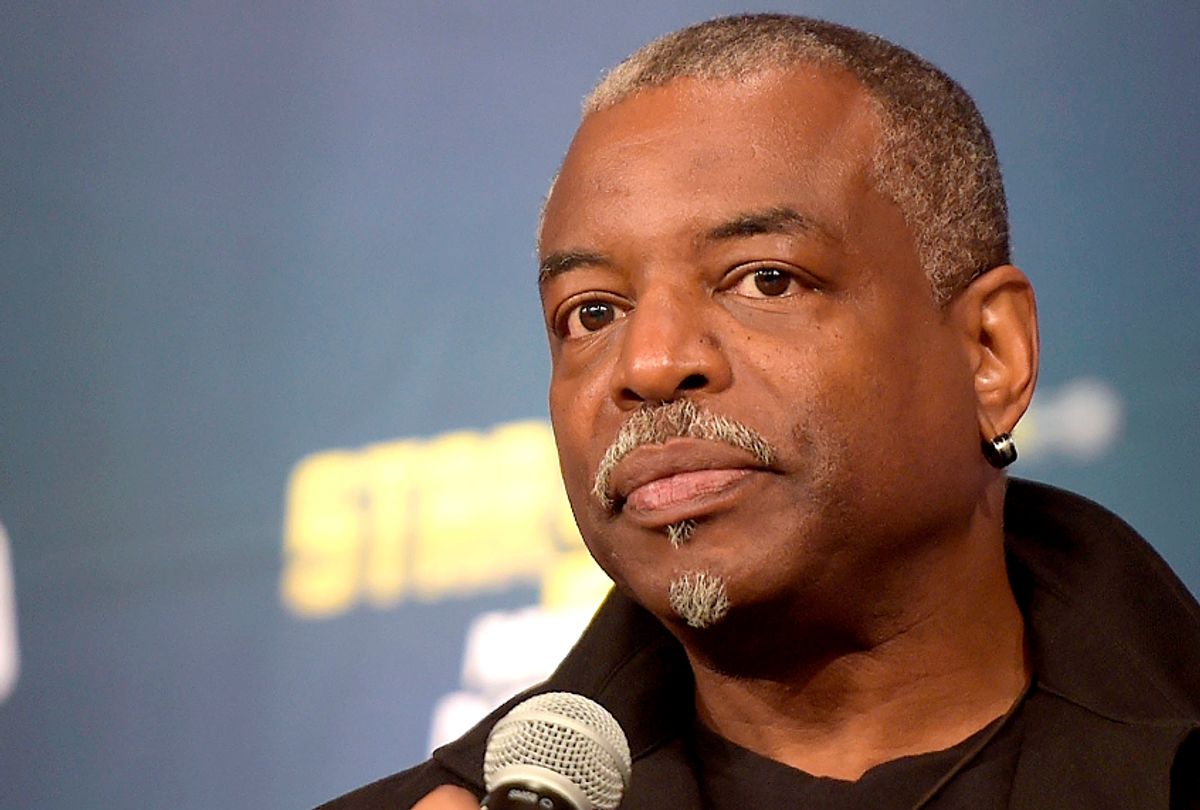 It's a collision between an unstoppable force and an immovable object, so alike in spirit that it's a wonder they aren't deeply in love with each other (though maybe Ball's racial identity would be a stumbling block for Trump).

Yet, even as Trump fired the least dignified salvo in this conflict Wednesday morning (via Twitter, of course), the most garbage aspect of this sign that perhaps the human race does indeed deserve to be obliterated by a meteor, involved the errant fire coming the way of a beloved PBS figure.

Trump supporters, who apparently cannot tell the difference between two black men who have similar first names, have been attacking "Reading Rainbow" and "Star Trek: The Next Generation" star LeVar Burton over the internet, in the false belief that he is somehow LaVar Ball.

HuffPost has dutifully collected some of the tweets sent Burton's way. Try not to cry when you read them.

LaVar Burton broke the rules of good manners. He insulted our president and the president of China. He should be ashamed that his son dishonored him by stealing.

@levarburton you sure don’t do much for the black cause with your unlawful ungrateful parenting skills.

@levarburton You're a has been actor with a thief for a son and Trump is the president of the United States. Get the picture? — markconte (@proseman) November 21, 2017

There were more such examples out there, but having realized their error, some of the users who posted them have deleted those tweets. Here is one of those.

I wonder what you did to piss off your producers that they made you sit through that shit-show of an interview with @levarburton.... what an arrogant a--hole!! -- Jamie Lenz (@Jamieboy05)

Burton, by most most accounts lovely man who — let's remember — spent a good portion of his life and career impressing upon children the joy of reading, tried to absorb it all with a sort of incredulous magnanimity.

One of many sleights I am having to endure these days. Thanks! @Lavarbigballer... #bydhttmwfihttps://t.co/uYkoDOV6yZ

"Star Trek" co-star Brent Spiner was there with the best joke of the day:

If you cared about our President, you’d change your name. — Brent Spiner (@BrentSpiner) November 21, 2017

It's a good rip, but if that doesn't restore your faith in humanity, please click on the video below to help you get through your day in Trump's America.