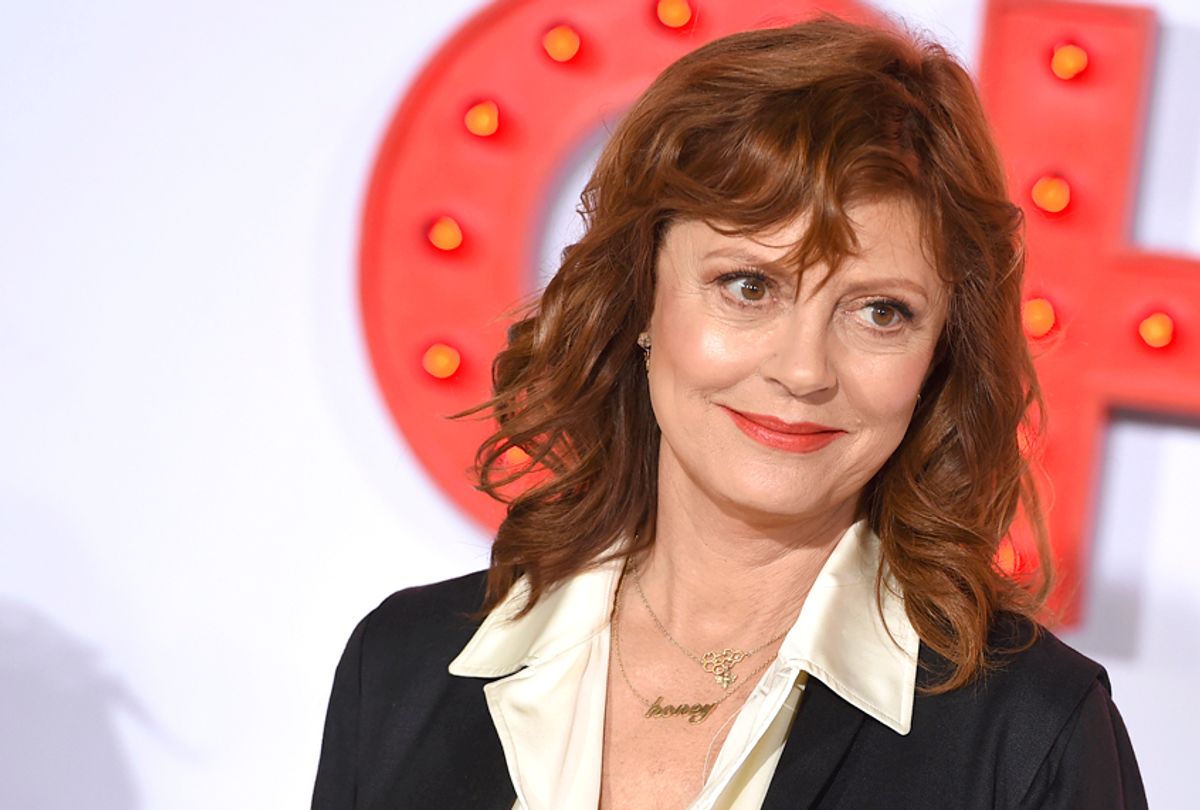 Susan Sarandon is back in the spotlight for her politics again, this time doubling down on the fervent anti-Hillary Clinton position she took during the 2016 presidential election.

In an interview with The Guardian published Sunday, Sarandon discussed feminism, her vote and backlash she's sustained from the left for speaking out against Clinton. The interview seems to suggest that, while all of Sarandon's other political perspectives and stances are rounded and nuanced, Clinton remains an inscrutably hard line for her. Seriously, she can’t admit that we would be profoundly better off with Clinton in office.

“I did think she was very, very dangerous," she said of what a Clinton presidency would look like. "We would still be fracking, we would be at war [if she was president]. It wouldn’t be much smoother."

She added, "Look what happened under Obama that we didn’t notice,” in reference to the president that even some on the left have called the “deporter in chief.”

Now, if you've noticed, Trump has only encouraged more extraction of natural resources in every way and from everywhere, whereas Clinton pushed for increased regulation across the board, fracking included.

As well, aside from the fact that the U.S. is involved in conflicts abroad — and will continue to be involved in conflicts abroad — while Donald Trump has been in office, one might reasonably suggest that not only has the current president upped the saber-rattling ante across the Middle East and the Korean peninsula, he's also launched figurative wars against immigrants, African-Americans, Muslims, the LGBT community, the lower class, the middle class, national parks, solar energy, basketball dads, Latinos, the free press, states' rights, the physically disabled, people who enjoy health insurance, football players, trans people serving in the military, the wives of fallen service members, conservation, science, consumers and anyone who thinks that politicians should work instead of golf and that adult men sleeping with 14-year-olds is maybe not okay. But this is of little concern to Sarandon.

Now, Clinton’s record on LGBT issues is not perfect, and her past holds troubling statements on black teens — but come freakin' on. The joke of it all is that during the campaign, Trump blasted Clinton for not being militaristic or pro-fracking enough.

Though Sarandon initially supported Clinton’s bid for senator of New York, she changed her tune when the politician voted for the war in Iraq. If that’s the way she acted as a senator, the actor and activist reasoned, she would be a warmonger president. Ultimately, Sarandon would vote for and advocate on the behalf of Green Party Candidate Jill Stein after her initial pick for the Democratic presidential nominee, Bernie Sanders, was voted out in the primaries.

When asked about casting in with Stein, Sarandon first denied that hers was a protest vote, then explained in clear terms that she voted for Stein in protest. She also claimed she never advocated for Stein but just shared that she would vote for her.

“I didn’t advocate people voting for anything," she said. "I said get your information, I’m going to vote for change, because I was hoping that Stein was going to get whatever percentage she needed – but I knew she wasn’t going to make the difference in the election.” Uh, okay? “Well, I knew that New York was going to go [for Hillary]. It was probably the easiest place to vote for Stein,” she added.

Yeah, so maybe at this point it's wrong of us to demand Susan Sarandon make sense. But maybe it's also wrong of her to continue to defend voting for an unworthy candidate who had no shot at winning the presidency just so she could maintain her often counterfactual hard line against a politician who was defeated anyway. It would be nice if she would at least concede that there would be a more well-run White House if Clinton were in the Oval Office, but it doesn't look like that's going to happen.

This hangup and the way she undercuts the value of feminism in the interview are just too bad because, ultimately, she is right about one vital thing. “Bringing attention to working-class issues is not a luxury," she said. "People are really hurting; that’s how this guy got in."

"What we should be discussing is not the election," she continues, "but how we got to the point where Trump was the answer." Indeed, how this man came to be a legitimate contender is the question of our age, and we shouldn't let the fact that Stein and Sarandon bear at least a small smidgen of responsibility for his election distract us from answering it.