Scaramucci says it's OK for Trump to use a racial slur about Elizabeth Warren, because she's not nice to him 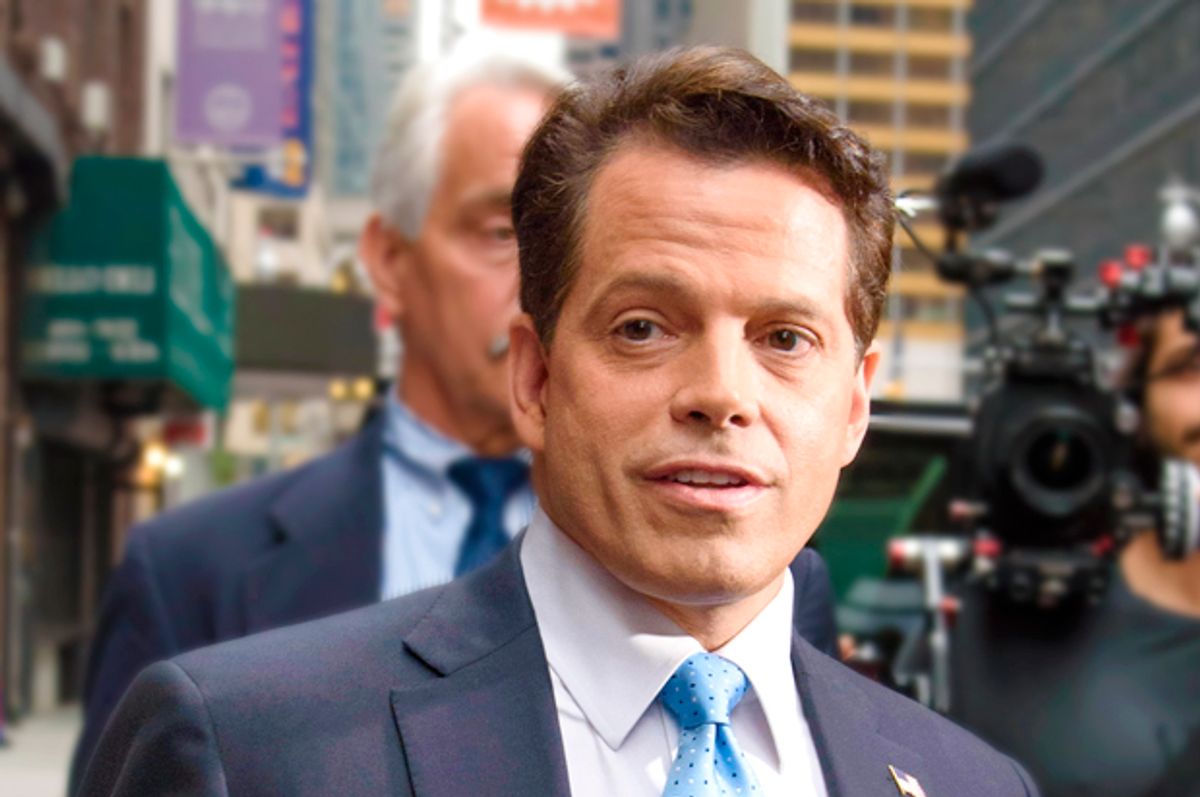 During a CNN interview on Tuesday morning, Scaramucci justified the president's remarks and said Warren has also been "nasty" to Trump.

Anthony Scaramucci defends Trump's "Pocahontas" jab at Sen. Elizabeth Warren: "She's been nasty to him and he's been concurrently nasty to her" https://t.co/nd2TDpKAKQ

"Well, I think that she's been nasty to him, and he's been concurrently nasty to her," Scaramucci told CNN's Chris Cuomo on "New Day."

Scaramucci, the week-long White House communications director, downplayed the use of racial slurs and explained that both he and Cuomo have been mistreated in the past as Italian-Americans. Cuomo told Scaramucci he wouldn't let his kids "operate that way" and asked him how that type of behavior from the president could be defensible.

The CNN host told Scaramucci he could "be honest" because he's no longer working for the Trump administration. "I'm being honest," he explained to Cuomo.

"You've been victims of racial slurring because of your ethnic heritage — so have I."

Scaramucci brushed his arms as if he were cleaning them off and said, "what do you do in a situation like that? This is what I do."

"And that's what you do, and you have to do that," Scaramucci told Cuomo.

He added that he believes "most people in general" are tired of "the whole political correctness movement" and that people are spending too much time "micromanaging" language.

The comments come after Trump referred to Warren as "Pocahontas" during a ceremony to honor members of the Navajo tribe who served in the second world war.

"You were here long before any of us were here," Trump said on Monday. "Although we have a representative in Congress who they say was here a long time ago. They call her Pocahontas."

When Press Secretary Sarah Huckabee Sanders, who is not a Native American, was asked if she was worried about the comments being racially insensitive, she said, "I think that's a ridiculous response."

But on CNN Tuesday morning, Navajo Nation president, Russell Begaye, said Trump's use of the term was "unnecessary and culturally insensitive."

Begaye added that it was good for the White House to have invited members of the tribe, which he said has "never happened before," but that it was a time to "honor these war heroes — our American war heroes in a respectful way."