Democrats walk away from Donald Trump

After Trump tweeted at Pelosi and Schumer, the top Democrats admitted working with him would be pointless 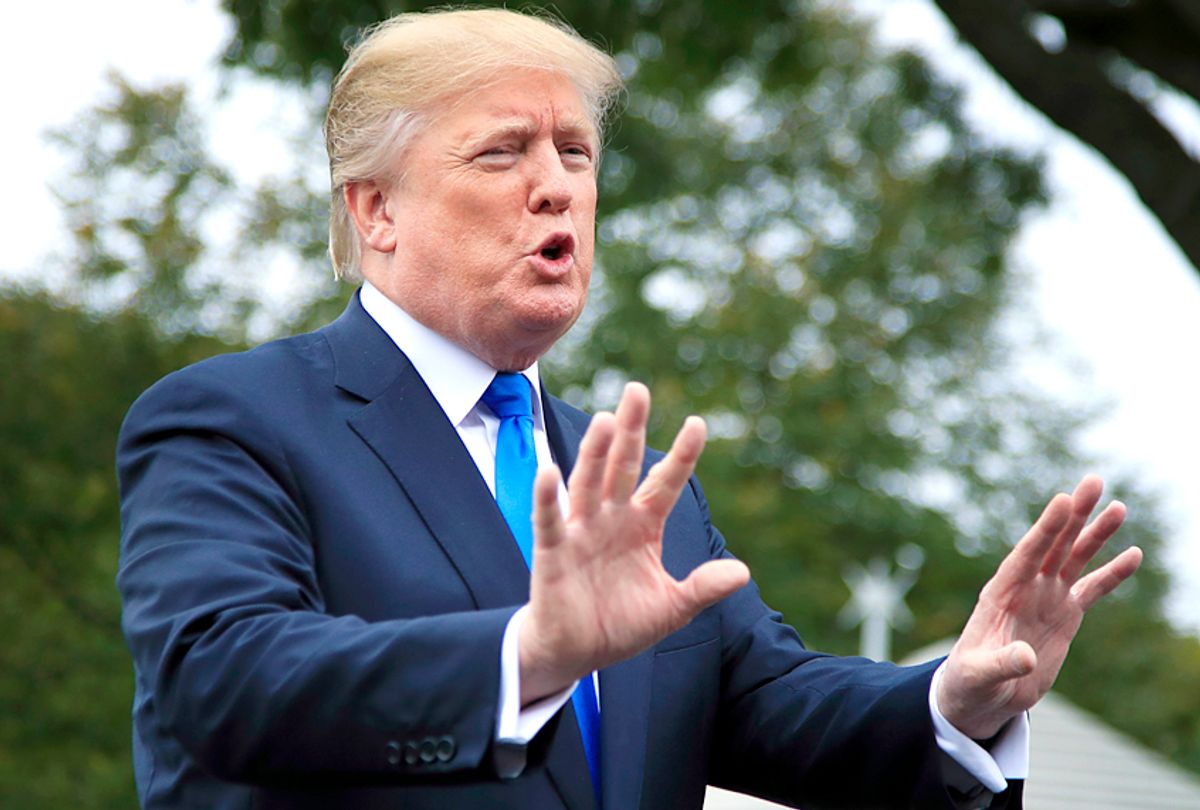 If President Donald Trump wants to pass anything with Democratic support, he will need to do a better job of convincing Democrats that he is genuine about wanting their support.

"Given that the President doesn’t see a deal between Democrats and the White House, we believe the best path forward is to continue negotiating with our Republican counterparts in Congress instead," Schumer and Pelosi said in a joint statement.

They added, "Rather than going to the White House for a show meeting that won’t result in an agreement, we’ve asked Leader McConnell and Speaker Ryan to meet this afternoon. We don’t have any time to waste in addressing the issues that confront us, so we’re going to continue to negotiate with Republican leaders who may be interested in reaching a bipartisan agreement."

It wasn't inevitable that Trump would have a falling out with Schumer and Pelosi. In September, he sided with them on a financial deal that extended government funding into December and raised the debt limit. But Trump has so far been unable to win over similar Democratic support for his tax reform bill, which has been heavily criticized as favoring the wealthy and imposing major difficulties on the health insurance situation facing low-income Americans.

The tax reform bill is also struggling among Senate Republicans, who can only afford to lose two of their own before they are unable to pass the legislation by the end of the week. Still, seven Senate Republicans have been reported to have doubts about the bill.