Dumping and shaming sexual harassers is a good thing. But more must be done to reshape a patriarchal system 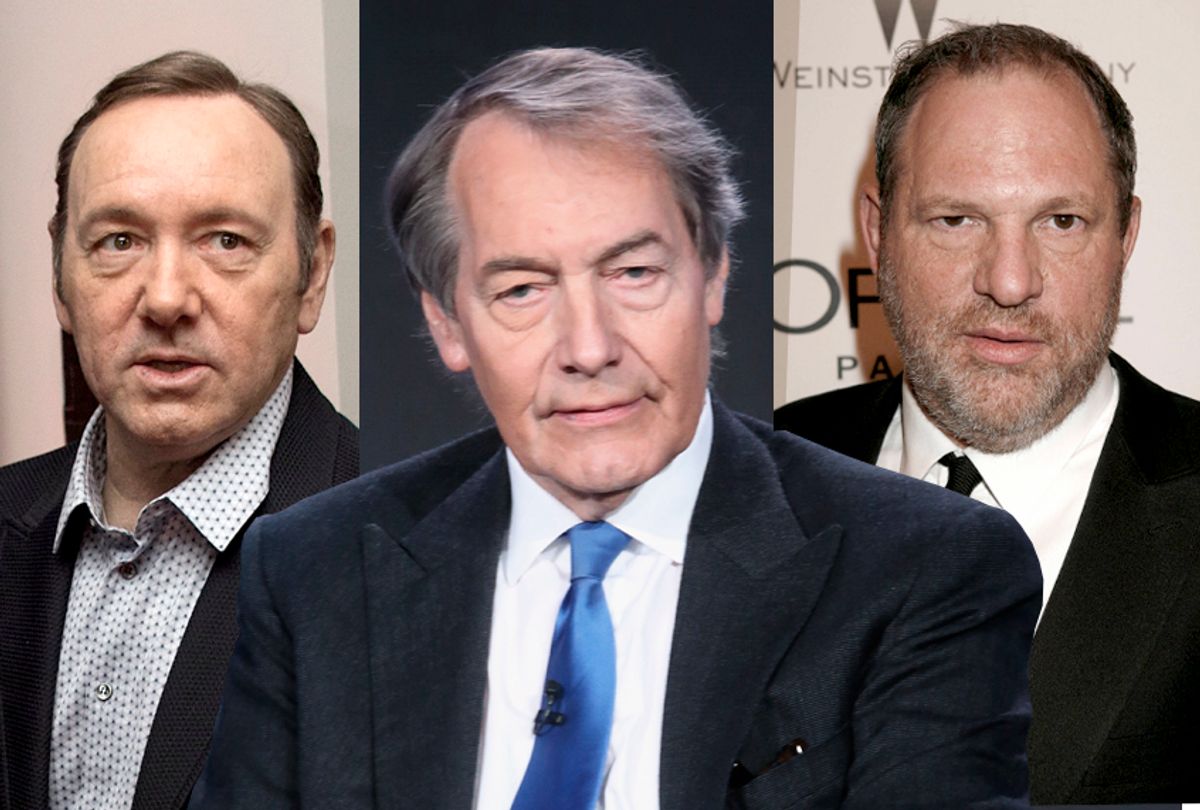 What's next in the battle against sexual harassment and abuse? It's been invigorating to watch the very public falls of so many powerful men who have gotten away with predatory behavior for so long. It's also causing an unease among many feminists — including myself — because we fear that this is a temporary moment caused by an outpouring of women's rage and that it won't result in anything approaching lasting change.

"Finally doing something about sexual harassment is, no doubt, feminist progress. Listen closely, though, and you can hear a backlash brewing," Jill Filipovic wrote recently for NBC Think. She notes that we "need to demand more than individual firings" and instead should push for a drastic overhaul of systems that continue to reserve most of the power in the workplace for men.

In New York magazine, Rebecca Traister worries that we don't have the collective guts it takes to effect real change, grimly wondering if the only thing likely to happen is that companies will "make payouts a line item in the budget, and we’ll go back to talking about how men are just men."

"We are accumulating copious evidence of wrongdoing, without looking deeper for a diagnosis," worried Rebecca Onion at Slate. "A focus on these individual incidents of harassment, and not the structure that spawns them, is a weak strategy for change."

I'm a big fan of the idea that consequences for sexual harassment constitute an effective deterrent. But I share this concern that none of this will amount to long-term, positive change. American culture, both on the left and the right, tends to frame problems in moralistic and individualistic terms — we're more worried about sorting people into "good" and "bad" categories than we are looking at systems that might be incentivizing, teaching or allowing bad behavior in the first place.

There's a very real danger that people will ascribe this problem to a few "bad apples" who need purging and then assume, once they're gone, that the trouble is over and no other change is necessary. Or maybe we'll see a few superficial changes to how sexual harassment reporting is handled, but no deeper reckoning with the way that patriarchal and capitalist systems make sexual harassment inevitable.

On Twitter, Liz Plank shared this insightful passage from "The Will to Change," a 2004 book by bell hooks:

It's an important point. It's also one that many people, both liberal and conservative, are eagerly trying to bury. Sure, many men are openly talking about how this moment is making them reconsider how they treat women, but that discussion is being handled in the most narrow way, with men thinking about whether they've ever been aggressive or threatening to women.

What's not happening is a greater discussion about why so many men get to the point where they behave like monsters in the first place. As hooks notes, it's because our society has defined manhood in terms of aggression. We aren't discussing how men still see women as shadows of themselves: Members of the same species, sure, but somehow less intelligent, less ambitious, less, you know, fully alive. 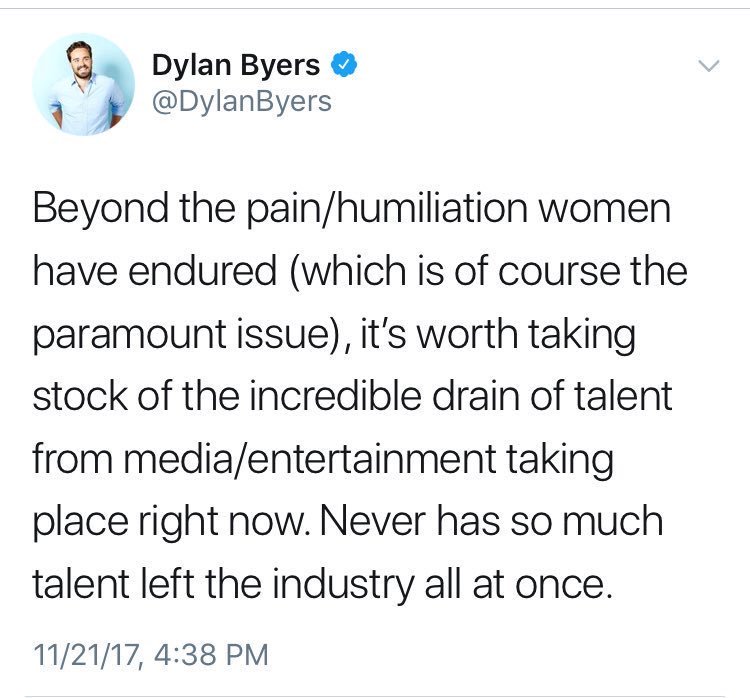 A lot of women cried foul, correctly pointing out that the number of talented women driven out of the industry by these men's harassment dwarfed the number of men who've lost jobs. Byers deleted the tweet with a note saying, "It was poorly worded and didn't properly convey my intended observation."

Byers chalking up his offense to a poor choice of words is indicative of the kind of thinking that leaves so many feminists like myself apprehensive. Because, let's face it, that wasn't the problem with what he wrote. It's more about the fact that we live in a world where men are defined by their talents and abilities, whereas women are defined as objects.

Pitying women for their injuries or their victimhood is an easy way for men to feel noble without actually letting women be equals. It's easy to see how the sexual harassment discourse becomes about damsels in distress who are in need of rescue, while the real story -- which is about how sexual harassment is part of a larger system where women are oppressed and men are privileged -- is completely abandoned.

What's driving a lot of women's red hot rage right now isn't just the unwanted grabby hands and licking tongues we've had to endure in silence. It's the fact that, as Byers' tweet shows, we're still widely considered less than people in our own right and more as accessories for men.

It's easy to see how the narrative of chivalry will work to protect the power structures that led to sexual harassment in the first place. Men will tell each other that "respect" for women isn't about seeing us as smart people who are equal to men in every way, but simply about keeping one's hands to himself. Men will continue to hire and promote each other over women who are often more talented, but congratulate themselves for refraining from dry-humping the women who have been relegated to support staff.

We'll all be glad we got rid of the "bad" guys, and the question of why men continue to have so much more power than women — at work, at home, at school, in bed, everywhere you go — will casually be dropped. People will likely forget it was being asked in the first place.