TV star Susie Meister: My reality is our tragedy

Former reality TV star, Susie Meister, watched with horror as the sausage of reality TV was made at women's expense 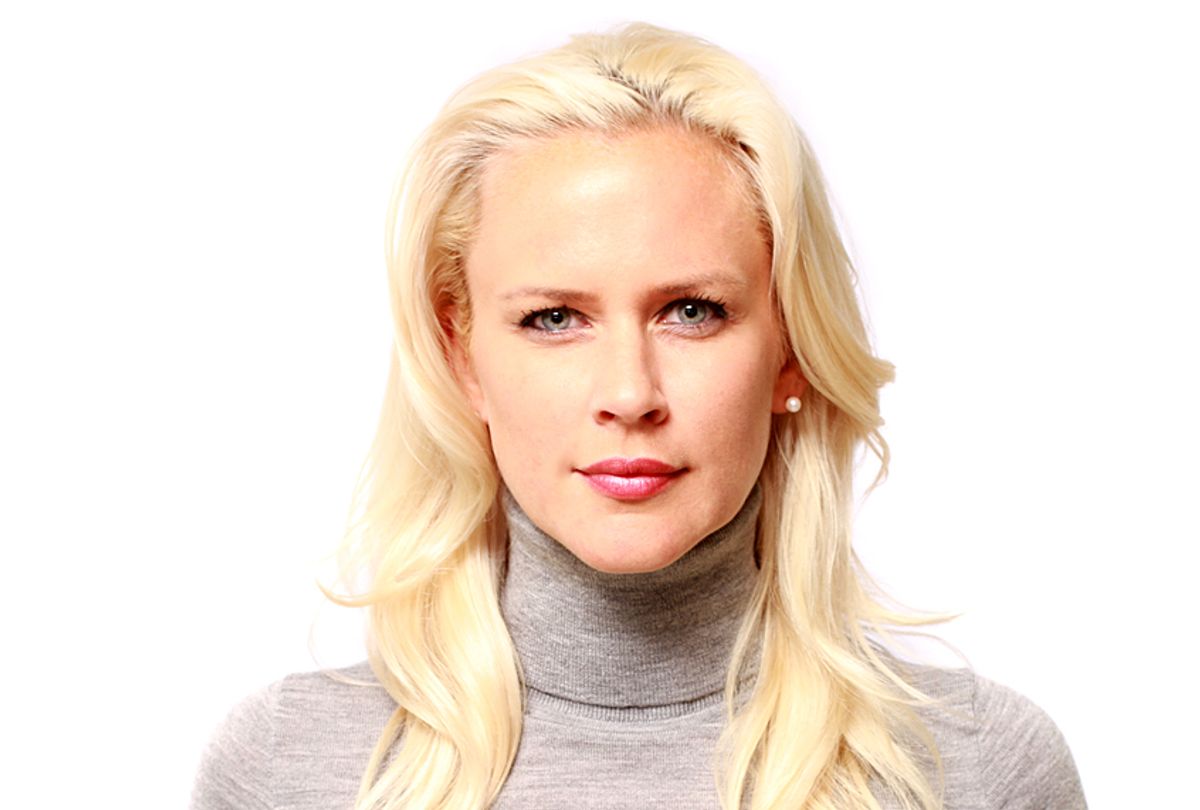 Three and a half years ago, I wrote about my participation on MTV’s hit reality shows, “Road Rules” and “The Challenge” and the misogyny portrayed on camera and hidden behind the scenes. I grappled with how appearing on the programs made me complicit in the perpetuation of the genre’s negative impact. At that time, I knew reality television had contributed to a cultural callousness and fed the appetite of the lowest common denominator, but even I couldn’t have predicted that just a few years later one of the genre’s “stars” would become President or a light would be shone on the Hollywood boys’ club that lay beneath the surface all along.

Perhaps we should have seen it coming. By the time Trump ran for office, the public had been trained to expect shocking behavior from the people on their screens. We had grown accustomed to name-calling, aggression and dishonesty from our favorite reality stars. And Trump ran a campaign straight out of the reality TV playbook, which previously would have, by popular acclamation, made him unfit for office. His leaked comments about grabbing women “by the pussy,” erratic debate performances and manic Twitter habit seemed to make Trump better suited for the WWE than the Oval Office. But the public couldn’t look away, and after the dust settled, his victory left many asking, “How did this happen?”

While there is no simple answer, part of it surely is reality television.

I appeared on seven seasons of MTV reality shows, and often refer to my relationship with the genre as an abusive one. I knew I was participating in something unsavory, but I kept coming back for more. I focused on the positive aspects of participation like financial gain and free travel, and I convinced myself the good outweighed the bad. I loved the adrenaline rush from the competitions, the ability to meet people from all walks of life and, of course, the attention I received for being a part of a pop culture phenomenon. But I watched as producers consistently favored, coddled and excused male cast members’ behavior. They were treated with a wink of the boys-will-be-boys variety, and to complain meant being marginalized, at risk of receiving a “bad edit” and almost certainly relegated to the where-are-they now category of the Hollywood Z-list.

Women on “The Challenge” are routinely subjected to sexual aggression, unwelcome nudity and unwanted touching by their male cast mates. I certainly was, but complainers are reminded that if you don’t like it, there is a long line of people who would gladly take your place in the house. The prevalence of alcohol, and the way its consumption is encouraged by producers, creates an environment that is ripe for abusive behavior. The men who binge drink and engage in bloody brawls are rewarded with invitations to return as “all-stars,” while women who behave similarly are referred to as “crazy.” When a male cast member drunkenly climbed into my bed and refused to leave, I struck him, and while I was allowed to remain on the show, several cast members told me I should not come on these shows if I don’t want to “party.” I was seen as the problem rather than the inebriated, overzealous man who got into my bed without an invitation. But the moment I truly realized the misogyny was pervasive was while filming “The Ruins” season of the show.

Many of the men in the house referred to female cast and crew members as sluts and whores (in place traditional of terms of endearment), would routinely smack our behinds, place their faces in our crotches as a “joke” and mercilessly mock us for any perceived inadequacies. Several cast members were sent home due to violence, but all the men who were dismissed have since returned for subsequent seasons. The gender-based abuse was constant and made worse by the show’s insistence that the bedrooms and bathrooms be co-ed. Demanding that the high jinks stop would squelch your reality career (however limited it may be) and the entire purpose of the show: creating drama. Play the game or hit the showers.

On “The Challenge,” women are often merely accessories to the heroes (usually white, straight men). We are used for fodder, hook-ups and tension while the men get the glory. We are essentially the cheerleaders to the male cast members. We are there to look cute, provide spirit and prop up the bro stars. We are the soul of the show, while it steals ours. On set (which is also our house), male cast members walk around naked, pull off bikini tops and critique the women’s bodies. However, objecting to the mistreatment is seen as a betrayal of an unspoken agreement. The cast is expected to subject themselves to abuse in return for fifteen minutes of fame, sixteen if you’re lucky.

You tolerate microaggressions and macroaggressions as a normal condition of employment, to the delight of millions of viewers — and you wonder why we have problems behind closed doors, in board rooms or congressional offices? Like a frog slowly being boiled, I tolerated behavior I wouldn’t normally because it grew subtly over time. Reality television producers have been forced to up the ante to continuously provide increasingly scandalous content, which worsened the conditions for the cast over the years. The longer I participated, the more toxic behavior and egregious practices I endured. And instead of being punished for their transgressions, male cast members, in particular, reaped rewards. Shock jock-style sexual harassment didn’t earn male cast members a red card or penalty flag; it got their clips on shows like “The Soup” and helped them build their Instagram followings.

Fear of retribution for blowing the whistle and guilt for being a part of the genre to begin with contributed to my sense that this relationship was unhealthy. Despite these misgivings, I spent fifteen years in the cycle of shows, tolerating what can only be described as a hostile work environment in the name of entertainment and convincing myself this was the price of making it in show business. I wanted to be a star, or at least a semi-star, and the price of semi-stardom was complicity. I was treated like crap at times, but I felt that was my part of the bargain: shut up and take it.

It’s been seven years since my last show, and throughout that time I have been open about the ugly side of reality TV. While I did not receive the fanfare (or the scorn) that many of the #MeToo accusers have received, my message is the same. I feel connected to the stories revealed recently by women (and some men) who were silenced as men abused their positions of power and notoriety — particularly in the entertainment industry. The victims’ feelings of guilt, shame and frustration ring true for me as well. I wonder what might be different if I had protested louder as the show’s conditions worsened or if I had refused to return unless changes were implemented.

But I am intimately familiar with the choice these people were forced to make between keeping the peace (and their careers) and standing up to a system where boys-being-boys meant men being abusive. I tried to make this point before, first in my Salon article and later in a detailed piece for Jezebel, but the news cycle wasn’t ready for that kind of harsh reality check. I spoke out, trying in my measured way to draw attention to the systems of power responsible for much of this sexual abuse, but I wasn’t the voice for these ears — not back in 2014, anyway. Perhaps the Trump presidency was the catalyst necessary to convince the public that enough was enough. Or maybe the chorus of dozens of accusers made the sexual assault and harassment claims across industries impossible to ignore. But maybe the public isn’t quite ready, even now, to see the way the consumption of reality TV might be part of the problem.

People often dismiss reality TV as their “guilty pleasure,” but the ratings reflect a lot of “guilty” viewers. Millions of people are watching these shows and using them as a lens through which they see the world. Unfortunately, using the edited, soundtrack-ed lives of real people for entertainment has muddied viewers’ sense of (real) reality and virtue. Reality TV is a world where bad behavior is rewarded, hostility is encouraged, and aggression is incentivized. I realize now that it is also a reflection of a quiet, but pervasive cultural impulse. Brash, arrogant people like media kingpin Harvey Weinstein play to win, while the most vulnerable among us just get played — stuck with deep emotional and physical wounds to remind us that life isn’t a game.

In 2016, as Trump was elected and the Oxford dictionary declared “post-truth” the Word of the Year, it was clear that reality culture had permeated the boundary of our screens. Our collective preference to be entertained skewed our moral compass. Viewers were taught to value emotion, entertainment and exposure over rationality, reality and reticence. I spent nearly half of my life playing a heavily edited version of myself, never able to tell viewers the whole truth. I’m done with that; I now live and work in the sunshine, no longer willing to put fleeting celluloid popularity before my principles. There wasn’t a viral hashtag and social media campaign when I detailed the toxic nature of reality TV three and a half years ago, but the story is still the same. If we look closely, I suspect we’ll find other moments when women tried to tell us what was happening, and maybe we didn’t really grasp the pervasive and troubling nature of the boys club. And as women bravely come forward in Hollywood and elsewhere with accusations of assault, harassment and bullying, I stand with them, saying #MeToo.