On this episode of "Memory Motel," a man who beats cancer turns to a psilocybin treatment trial 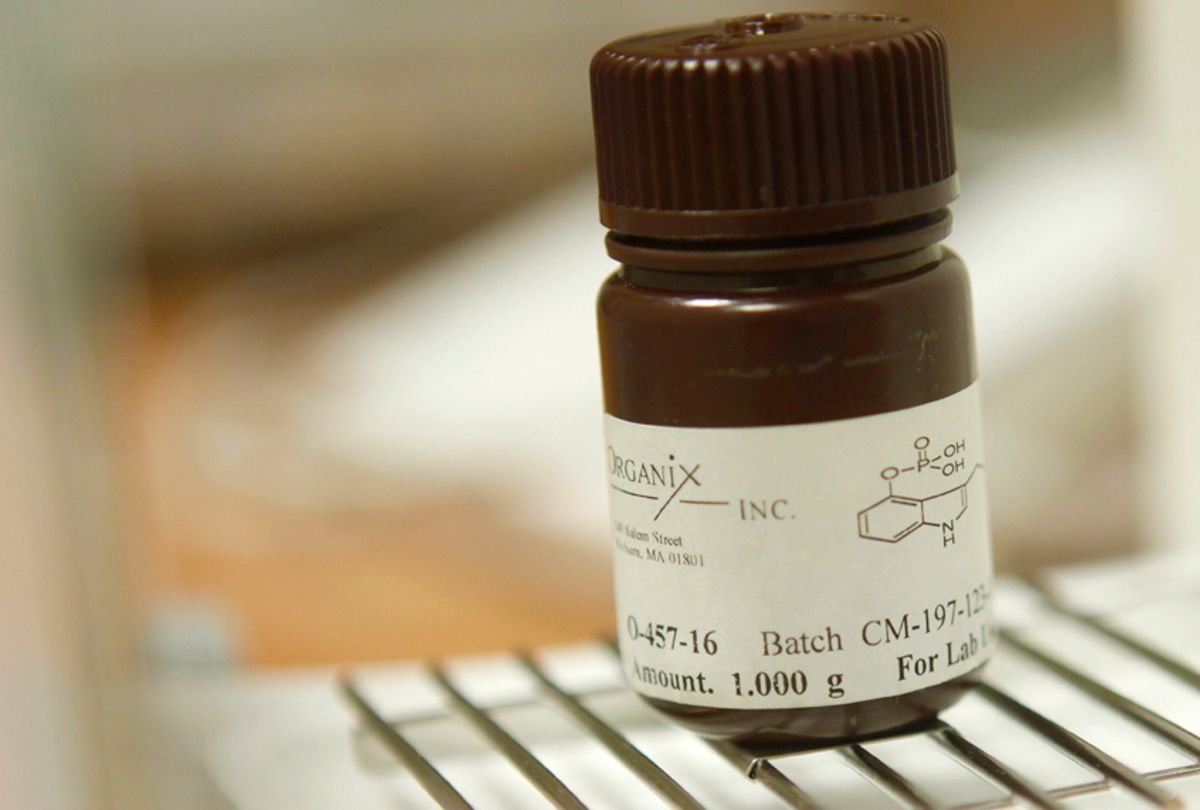 When Eddie Marritz was diagnosed with small cell carcinoma, which is the type of cancer typically found in lungs, he thought it was a death sentence.

He was with his wife Hannah when he got the news. “We were on the six train,” Marritz recalls. “I was holding onto a pole and not feeling too steady emotionally. I said to her, ‘This is the day I've been waiting for all my life. This is the day where the delusion that I'm going to live forever meets the reality of I'm going to get something and die.’”

Eddie eventually beat cancer. “In the spring of 2013, I had done four rounds of chemotherapy and in late June I was operated on and it was a bit to recover from,” says Marritz. “I mean, it was a four-hour operation. I have a new bladder. They took out my prostate.”

The chemo and operation were successful for Eddie, but he couldn't shake the anxiety of having come so close to dying. So he entered New York University's psilocybin cancer anxiety study, where he met Dr. Jeffrey Gus, a co-principal investigator in the study and Eddie's guide through the psychedelic experience.

During the Summer of Love in 1967, Dr. Jeffrey Gus was a teenager. “Life Magazine came into our home,” he says, “and when I read about LSD on college campuses I said, 'that is for me.' I wasn't able to actually become involved with it. So we passed each other. And it wasn't until the late '90s that I saw the return of psychedelics in psychiatry.”

In early 2007, Gus and his colleagues at NYU received an investigational drug license from the FDA and the DEA, as well as approval from the university to start the study. As part of the research they administered to cancer survivors the drug psilocybin, which is the technical term for the active ingredient found in what's commonly known as magic mushrooms.

“When people came to our study and they took psilocybin,” said Gus, “it was such a vastly different experience than a 22 year old who took mushrooms to go to a rave. The sense of being assaulted by noise and loudness and people versus being quiet and the expectation of reviewing your life to find meaning. Same medicine, right? Same molecule. But a very, very different meaning, context and intention.”

“When you're diagnosed with cancer, or anything that you know pretty much spells the potential for life to be finite, you can get pretty wrapped up in yourself," said Marritz. "I certainly did.”

“Some of the people in our study were cured of cancer, but they still had tremendous existential distress around having had cancer, the fear of relapsing with their cancer, and it still haunted them," said Gus. "So even though it was somehow gone from their body, it was still part of their psychic landscape. We saw people who had existential distress in reaction to cancer as having, in some ways, lost meaning in life. When you lose meaning in life, life is meaningless. It’s a kind of death and it leads to a quicker death. To find meaning is to be alive.”

To hear how Dr. Jeffrey Gus guided Eddie through the psychedelic experience to help treat his anxiety, listen to “The Bigger Picture.”