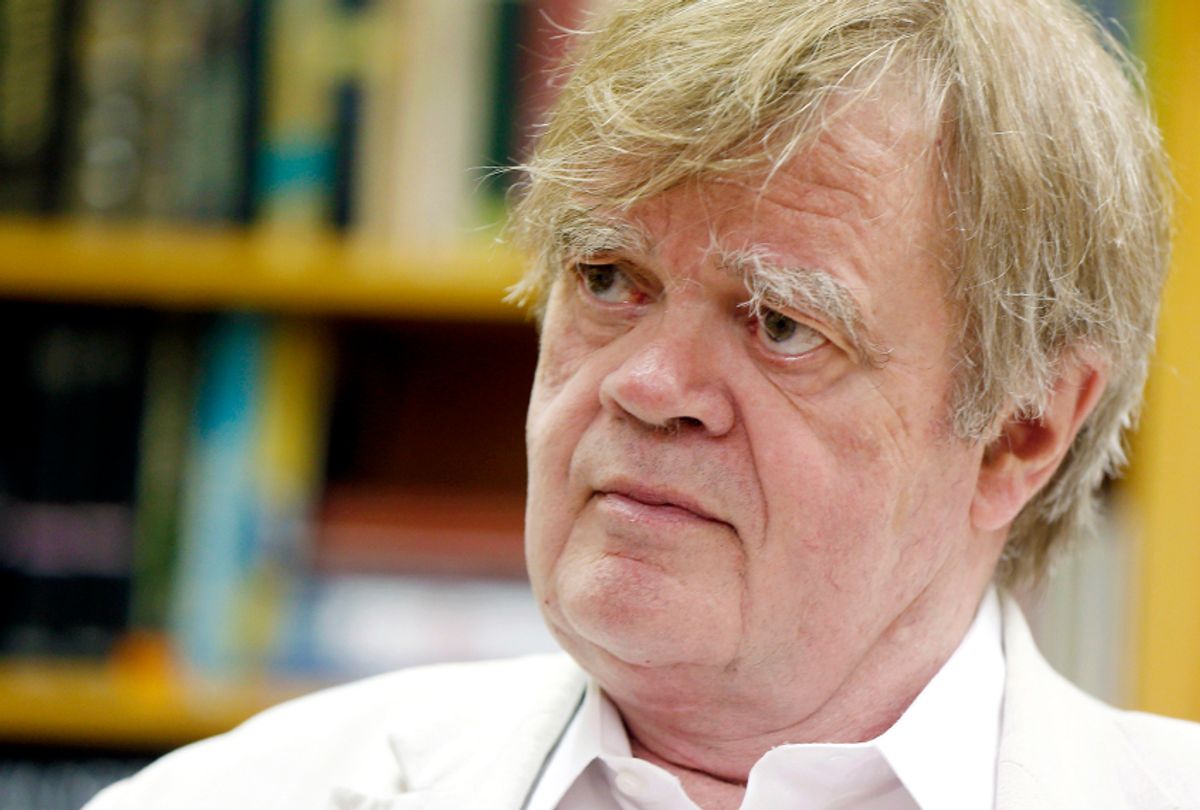 Garrison Keillor, writer, syndicated columnist and former host of the classic public radio program "A Prairie Home Companion," was fired from his position at Minnesota Public Radio, according to an official announcement Wednesday. Minnesota Public Radio confirmed Keillor had been terminated in connection to a single allegation of “inappropriate behavior with an individual who worked with him.”

A statement from the organization read: "Last month, MPR was notified of the allegations which relate to Mr. Keillor's conduct while he was responsible for the production of A Prairie Home Companion (APHC)." Specific details about the accusation were not available from the network.

The statement added, "MPR takes these allegations seriously and we are committed to maintaining a safe, respectful and supportive work environment for all employees and everyone associated with MPR. We want a workplace where anyone who experiences unwanted behavior feels comfortable in reporting concerns to MPR. Discrimination, harassment, retaliation or other inappropriate behaviors will not be tolerated."

MPR went on to note that it would no longer produce or distribute Keillor's current program, "The Writer's Almanac," nor rebroadcast compendiums of past episodes of "A Prairie Home Companion" — the show he created and hosted from 1974 to 1987 and again from 1992 to 2016. As well, the current iteration of "A Prairie Home Companion," hosted by Chris Thile, will be retitled and all of Keillor's various websites and properties will now neither be linked to or promoted by any Minnesota Public Radio property.

The network said that, "MPR and APM [American Public Media] will work closely with public radio stations to help make the programming transitions as seamless as possible," meaning that these changes above, the absence of Keillor from the airwaves, will soon be seen across the entirety of the large web of publicly supported broadcasting that has, for so long, depended on the host's content.

Keillor himself spoke to the Associated Press, saying that he would not fight the decision. “It’s some sort of poetic irony to be knocked off the air by a story," he said, "having told so many of them myself, but I’m 75 and don’t have any interest in arguing about this. And I cannot in conscience bring danger to a great organization I’ve worked hard for since 1969.” Indeed, in distinction from the many men who have been ousted from their high-profile positions following similar allegations, Keillor was the first to announce his termination, his interview with the AP preceding MPR's statement.

As many have noted, Keillor last made minor headlines for himself just yesterday, thanks to a Washington Post column commenting on the calls for now-embattled Minnesota senator Al Franken to resign following his own sex-harassment scandal.

In the piece, titled "The absurdity of judging past actions by present standards," Keillor wrote that Franken accuser and USO tour mate Leeann Tweeden, "knew what the game was and played her role and on the flight home, in a spirit of low comedy, Al ogled her and pretended to grab her and a picture was taken." He added, "Eleven years later, a talk show host in L.A., she goes public with her embarrassment, and there is talk of resignation. This is pure absurdity and the atrocity it leads to is a code of public deadliness. No kidding."

A portrait of disingenuous, "slippery slope" fear mongering about the possible costs of holding men accountable for their actions, Keillor's piece earned him a quick flash of criticism, but little more. Today, the words take on a different kind of gravity.

Throughout his long career — he's worked with MPR on and off since 1969 — Keillor was able to splice homespun storytelling, regional folk music and a blithe, sweet, yet intriguingly cynical approach to life and commentary unique to Midwesterners into a considerable media empire whose crown jewel was "A Prairie Home Companion." Keillor's syndicated columns appeared on Salon periodically from the '00s until 2010.

One of the most influential and commercially successful public-radio shows of its time — indeed, the most successful public radio variety show ever — "A Prairie Home Companion" enjoyed a 43-year-long run, spinning out associated books, tours, specials and even a semi-fictional film of the same name directed by Robert Altman. For many Americans of several generations, it and Keillor's droll, folksy humor and deep, mellifluous, North-Central-accented voice became cultural touchstones. At 74, he retired from the show in 2016, though his work on it lived on through syndicated rebroadcasts.

News of Keillor's firing comes on the same day as that of Matt Lauer, the long-serving NBC host terminated for similar allegations. As well today, details about the alleged misconduct of John Lasseter, head of Pixar and Disney Animation, have surfaced and Andrew Kreisberg, producer of The CW's various DC Comics-based shows, was fired over accusations of sexual harassment. It is, in all, somewhat of a day of reckoning for bad men in what has become a three-month stretch of various similar moments of reckoning.