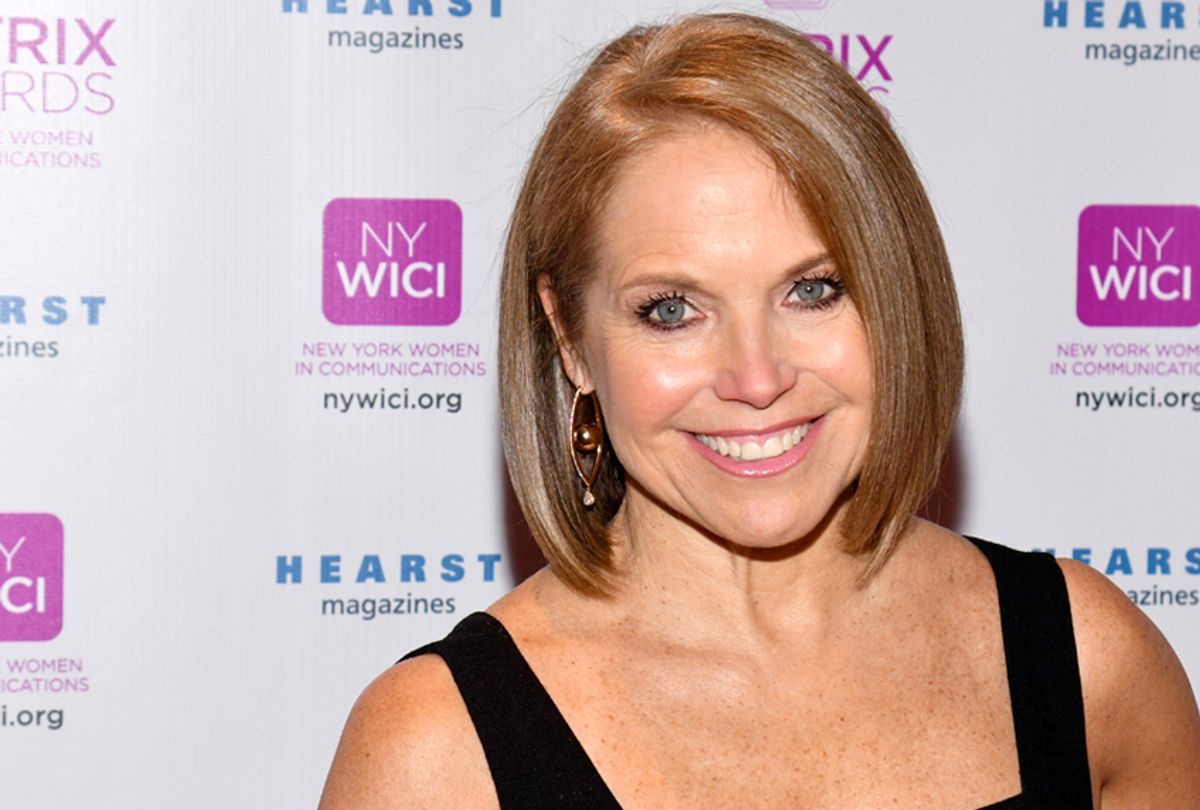 During a 2012 appearance on Andy Cohen's "Watch What Happens Live," Cohen asked Katie Couric what colleague Matt Lauer's most annoying habit was. She told him that the most grating part of working with her "Today Show" co-host of over a decade was that "he pinches me on the ass a lot."

In TMZ's words, Couric's "answer came and went" with no substantial attention or backlash for Lauer. Today, however, these statements are resurfacing with new meaning following NBC's Wednesday termination of Lauer.

According to a memo to employees written by NBC News chairman Andrew Lack, the network fired the longtime host following a "detailed complaint" from a colleague alleging that Lauer had engaged in "inappropriate sexual behavior in the workplace."

"While it is the first complaint about his behavior in the over 20 years he’s been at NBC News," the memo read, "we were also presented with reason to believe this may not have been an isolated incident."

Given the footage of Couric's statement, many on social media are taking issue with NBC's claim that this week's complaint was the first against Lauer.

Funny that it took 20 years and sexual misconduct to fire Matt Lauer, but for Ann Curry and Katie Couric it just took turning 50...#TodayShow pic.twitter.com/joO7qECVaE

Not true. NBC had complaints on Lauer many times before now. Look up Ann Curry and Katie Couric. Why is NBC just now firing him?

It's unclear whether either of those women — or any others for that matter — ever lodged formal complaints with NBC (rumors of Lauer's behavior have long swirled in media circles).

What is clear, however, is that the downfall of Harvey Weinstein has seriously altered the handling and repercussions of sexual misconduct allegations in the workplace. Employers, particularly ones in high-profile fields, seem increasingly less inclined to shrug off complaints or accusations. More and more, networks, studios and other media outlets appear less apt to blindly protect their most powerful players.

As well, it's possible here that Couric is offering this as a wry rejoinder, something to laugh at or make fun of. It's unclear. That said, it's highly doubtful she would frame it that way today or, perhaps, even bring it up. Not only have the ways employers deal with accusations changed, but the way women process and talk about their own experiences has shifted as well. Couric has offered no statement on the matter as of publishing.

Whether NBC is being truthful that this week's allegation against Lauer is the first they've received during his tenure there is debatable. What's less so is the idea that, if Couric offered the same description of Lauer's most annoying habit today, her statements would have gone viral and caused at least some alarm for the network.