Republican senators know this tax bill will be disastrous. They've been hypnotized by Trump and can't wake up 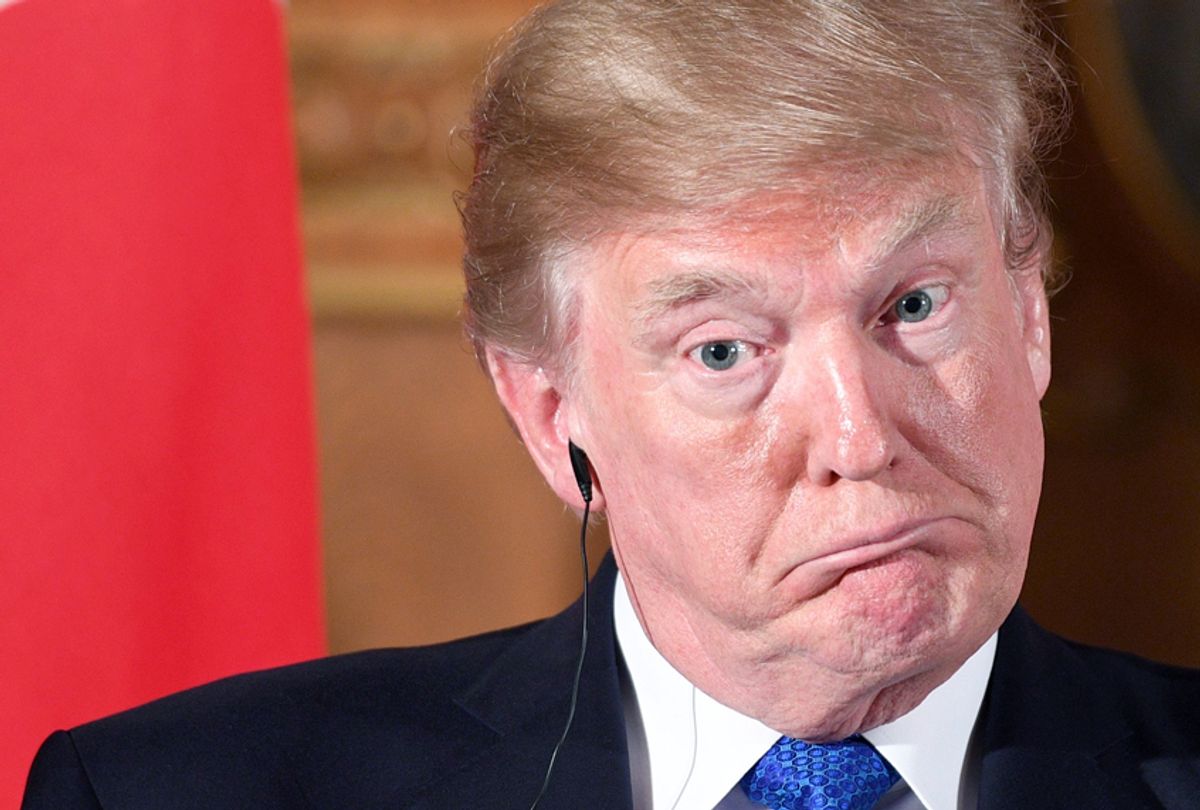 When Barack Obama became president in 2009, he called together all the opinion leaders in Washington and announced that he was planning to propose a Grand Bargain that would include a cut in "entitlement" spending in exchange for the Republicans agreeing to allow the Bush tax cuts on the wealthiest Americans to expire. It had progressive Democrats in a state of agitation, feeling that the president was selling out the signature achievement of the New Deal for a temporary tax hike.

The Tea Party right refused to take yes for an answer. The Democrats were offering to take the heat and cut those hated "entitlements," yet the far right couldn't bear raising taxes on rich people. Silly Tea Partyers, didn't they realize that they were walking away from a great deal?

It turns out they were biding their time until they held all the levers of power again so they could slash taxes for the wealthy, raise taxes on everyone else and institute "triggers" to cut vital programs as soon as their deep cuts start to raise the deficit, as they inevitably will. Why take half a loaf when you can hold out and get the whole bakery?

They even did a trial run in one of the "laboratories of democracy" to prove to everyone how slashing taxes on the wealthy and cutting all those "entitlements" that encourage dependency will boost growth dramatically and make everybody richer, happier and more successful. This was what we might call Sam Brownback's "Make Kansas Great Again" plan, which he literally sold to his constituents by saying their state was going to be the "Petri dish" for all the supply-side economic lunacy the right has been trying to enact for decades.

He did it, too. And it didn't work out very well. As one Kansas Republican lawmaker told the Atlantic:

“It was supposed to increase the GDP, and it didn’t. The feds will have that same problem,” said state Senator Jim Denning, a conservative who originally supported the tax cuts. In a phone interview, Denning told me he had done his own economic modeling in 2012 and “proved to myself that the tax cut would work.” But the new policy did not prevent a rural recession in Kansas or a dip in its oil-and-gas business. “It generated hardly any measurable economic activity,” Denning said. By the beginning of this year, he had changed course and voted along with Democrats and a coalition of Republicans to reverse most of the cuts, erasing Brownback’s economic legacy.

Donald Trump generously relieved Kansans of Brownback himself, by nominating him to be the ambassador-at-large for "international religious freedom." He has not yet been confirmed.

Sen. Jerry Moran, a Kansas Republican, has been getting an earful from his constituents who are gobsmacked that he is planning to vote to do to the whole country what they did to their state. The Kansas City Star editorial board recounted a conversation the senator had with one of his voters who asked him: “Why would you take this failed experiment nationwide? Our members of Congress should be the ones leading the way for tax reform that actually affects normal people, not just millionaires and billionaires.”

Sadly, that's unlikely. Certainly Sam Brownback won't be issuing the warning. He's in Washington this week trying to push through his confirmation -- and telling outrageous lies, as Salon's Sophia Tesfaye wrote earlier. Apparently, Donald Trump shared with Brownback some of that strange brew that makes people believe that up is down and black is white:

Surely the Republicans all know this. Moran even admitted that Kansas is "discussed" in Washington, one assumes as a cautionary tale. And yes, the federal government is not like a state for a hundred different reasons, which makes it unlikely that the consequences would be exactly the same. Nonetheless, it's patently obvious that this tax plan will be a disaster on a national scale, probably resulting in some kind of crisis these same Republicans will then insist requires deep austerity measures to fix. That's the game as it's been played for 30 years, and it's always worked out fine for them. They cut taxes on the rich and the economy eventually goes to hell, at which point Democrats are voted in to clean up the mess, and the GOP insists on spending cuts to vital programs to pay off the debt they incurred with their tax-cutting spree.

Unlike in the past, these tax cuts are extremely unpopular. According to FiveThirtyEight's Harry Enten, this bill is more unpopular than most tax hike bills are. Why? Because everyone knows it's a giveaway to the rich at the expense of the middle class. The GOP Congress could take its time and fashion a bill where the numbers add up. That could at least pass muster with most Republican voters. So why are they in such a frenzy to pass this monstrosity?

It's hard to know. It's almost as if congressional Republicans are on autopilot, unable to exercise free will. Many of them, like Moran of Kansas, know very well that this plan is an utter disaster that will result in higher taxes for everyone but the top 1 percent, along with the degradation of important programs like Medicare, all of which will be used against them in upcoming elections. If I had to guess, I'd say they are simply mesmerized by what Trump has been able to do.

All week long we've been reading stories about how he is creating his own reality, unmoored from facts and truth. People are whispering about the 25th Amendment and wondering if the president of the United States might actually have a breakdown. But these GOP officials watched Trump give a speech in Missouri on Wednesday, where the crowd cheered wildly while he claimed that his plan has wealthy people like himself complaining about having their taxes increased so ordinary people can have a big tax cut.

Republican senators all know that's a brazen lie. It is literally the opposite of the truth. But they see those Trump voters believing every word he says, and they understand that the truth is now irrelevant to the Republican base. All Trump's supporters want is to see their hero win. If he loses yet again because the Republican Congress fails to deliver a bill for him to sign, members of that Congress know there will be hell to pay.

Republicans are happy to pass a tax cut, of course. It's what they live for. But this is a Kansas-level economic debacle in the making, and they are not stupid enough not to understand that. They're betting that their seats are safer if they go along with Trump's magical thinking than if they stay in the real world. After all, the Republicans have been lying almost as much as Trump -- about almost as many things -- for a long time. This time they've decided to hold their collective breath and dive down the rabbit hole with him. Maybe some of that Trump Teflon will rub off on them.