Feeling jealous during the holidays? That can be a good thing 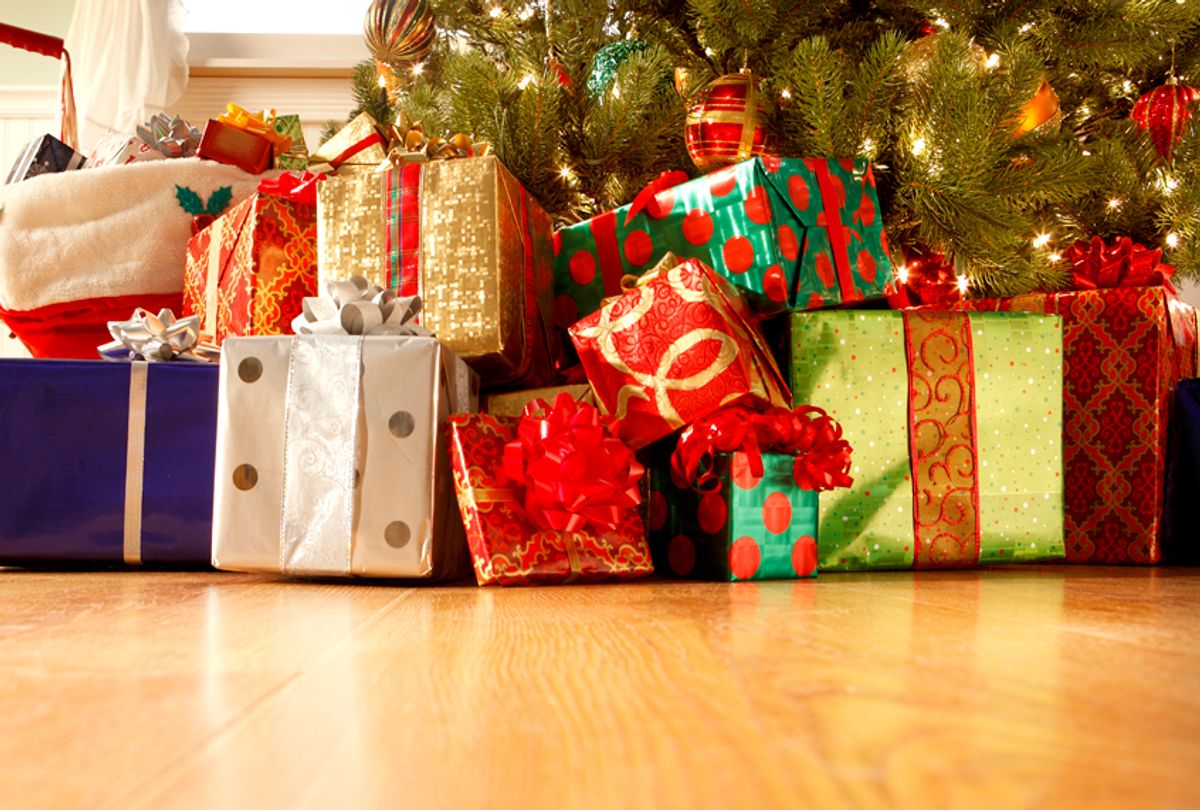 Ostentatious gifts and over-the-top celebrations can inspire distinctly unseasonal feelings of resentment, jealousy and envy during the holiday season. 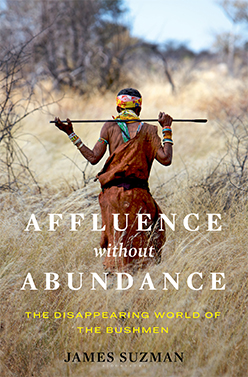 If these feelings make some of us feel decidedly Grinch-like, then at least we can take some comfort from the fact that we are genetically hard-wired to respond this way. And if the role they played in hunter-gatherer societies is anything to go by, then socially corrosive traits like envy and jealousy were instrumental in molding the strong, highly cooperative communities that ultimately enabled our species’ extraordinary evolutionary success.

Evolutionary psychologists agree that traits that have run the mill of natural selection must ultimately be advantageous, or at the very least, benign. Unsurprisingly, they struggle to reconcile our more altruistic social virtues like generosity with our more selfish traits like envy, jealousy and greed.

The evolutionary benefits of our selfish traits at an individual level are obvious. They form part of a jigsaw of behavioral adaptations that energize individuals in the competition for resources and sexual partners, so enhancing our chances of finding a quality mate and successfully passing on our genes. We see this play out among other species all the time.

But Homo sapiens’ evolutionary success was a group effort. Our species would not be anywhere near as dominant as it is today had our ancestors spent all their energy strutting and fighting like stags in rut or if they cheerfully stole food from their neighbors’ plates the minute their backs were turned. Homo sapiens’ ascendance came about because we discovered how to bind ourselves to one another by forming successful co-operative groups and occasionally even “taking a hit for the team.” We all know from bitter experience that the short-term benefits of acting explicitly in one’s self-interest are almost always outweighed by the longer-term social costs of doing so.

Proponents of the famous “selfish gene” hypothesis take the view that that there is no such thing as altruism and that all apparently altruistic behaviors are at least indirectly self-interested. Other evolutionary psychologists like E.O Wilson suggest that we are simultaneously driven by selfish instincts to ensure the reproduction of our own genes and social instincts to support and protect broader groups that we identify with. The fact that these imperatives are sometimes at odds with each other, he argues, gives rise to the eternal inner conflict that is the “human condition” — itself one of the greatest spurs to ingenuity, artistry and ambition.

But there may be a simpler way to account for the endurance of these two contradictory evolutionary traits. We now know that our species has been around for at least 200,000 years, and that for 95 percent of that time we were hunter-gatherers, and almost certainly as socially capable and thoughtful as we are now. This means that we can infer how our prehistoric ancestors lived from anthropological studies of communities like the Ju/’hoansi Bushmen of the Kalahari, who continued to hunt and gather through much of the 20th century and whose encounter with modernity I have been documenting for the past 25 years.

Ju/’hoansi in the Kalahari occasionally have white Christmases too. In years when the November “little rain season” does not come, hot dry winds pick up the fine Kalahari sands and paint every tree, bush and shrub in a ghostly shade of white. This is the toughest time of year in the Kalahari. Temperatures soar upward of 100 degrees, forcing even the best heat-adapted animals to seek refuge under thinning trees while waiting for the “big rains,” which usually come in late January.

Yet even in this apparently bleak environment, the Ju/’hoansi hunter-gatherers were able to enjoy a form of affluence at this time of year, albeit one that is very different from that which we enjoy in our tinsel-decorated homes at Christmas.

Ju/’hoansi were once famous for turning established views of social evolution on their head. The first rigorous research into their economic behavior revealed that far from enduring a constant struggle to survive in this harsh environment, they were well-nourished, and healthy adults only worked around 15-17 hours per week. It was as a result of this that Marshall Sahlins, arguably the most influential American anthropologist of the last century, famously redubbed hunter-gatherers “the original affluent society.”

This research also revealed that Ju/’hoansi were able to do this because they were, in the words of the anthropologist Richard Lee, “fiercely egalitarian”: They had no formalized leadership institutions or governance structures, afforded no individuals any special status and were intolerant of show-offs. Consequently, no one bothered accumulating wealth or power, resources were shared and disputes over status never interfered with the general harmony of day-to-day life.

And there is no question that this system worked. The Ju/’hoansi’s ancestors hunted and gathered continuously in southern Africa for at least 150,000 years without enduring the kinds of catastrophic population bottlenecks as a result of famine, disease or war that shaped human history elsewhere. If we measure a civilization’s success by its endurance over time, this makes them the most enduring civilization in human history by a considerable margin.

But in a society with no formalized leaders, how did they enforce this egalitarianism?

The Ju/’hoansi are unequivocal in their answer to this question. Their egalitarianism was maintained not in spite of self-interest, but because of it.

This was best demonstrated by their treatment of good hunters. They were never praised for their successes, even if meat was by far the most valued of foods and even if the hunter had made a particularly spectacular kill. Instead, those due to share in the meat would mock the hunter’s skill and insult the meat he returned with, claiming it was rotten or old or foul tasting or insufficient.

For his part, the hunter was expected to be humble and self-deprecating whenever he presented a kill, even if it was something as magnificent as a giraffe.

During the 1960s, a Ju/'hoan man provided the anthropologist Richard B Lee with a particularly eloquent explanation of why they did this.

"When a young man kills much meat he comes to think of himself as a chief or a big man and he thinks of the rest of us as his servants or inferiors,” the man explained to Lee, “ we can't accept this. . . . So we always speak of his meat as worthless. This way we cool his heart and make him gentle."

This behavior was not limited to hunters. Similar insults and mockery were meted out to anyone who got too big for their leather sandals or encountered a sudden material windfall. Everyone in Ju/’hoan bands jealously scrutinized everybody else all the time. They took careful note of what others ate, what they owned, and most crucially of all, whether they had received a fair share.

And what in turn motivated them to “gentle” others in this way? Ju/’hoansi are unequivocal about this, too. Because whenever they imagine that someone had claimed more than their fair share or exercised too much influence, they became consumed by the negative emotions we associate with “envy” and “jealousy.”

The net result of this is that while Ju/’hoansi were as upset as we all are by the negative emotions we associate with traits like envy, they did not view them as negative traits. After all, if it wasn’t for traits like envy, then people wouldn’t share whatever they had or conduct themselves with the humility, self-awareness and empathy that binds us into strong, loyal and enduring communities.

Traits like envy were the “invisible hand” of the Ju/’hoan social economy. Yet it exerted its influence differently from the “invisible hand” famously imagined by Adam Smith in “The Wealth of Nations” that is invoked with such solemnity by the fiercest libertarians. For Smith, man “intends only his own gain,” but in doing so he is guided by an invisible hand “to promote an end which was no part of his intention.” And this end, according to Smith, is to “promote the interests of society” more effectively than “man” could, even if he had intended to. Smith believed that trade and enterprise in pursuit of personal enrichment and unburdened by regulatory interference ensured the fairest and most effective “distribution of the necessaries of life” and so advanced “the interests of society.”

Being a socially minded fellow, Adam Smith would be among the first to acknowledge that the contemporary economic world is a very different creature to the simple “merchants and mongers” he had in mind when he mused on the unintended benefits of self-interested commerce.

But ironically, even though Smith’s hidden hand does not apply particularly well to late capitalism, his belief that the sum of individual self-interests might enable the equitable “distribution of the necessaries of life” does apply well to hunter-gatherers. Except in hunter-gatherer societies "the hidden hand" manifested in jealousy and envy and the sum of individual self interests was a “fierce egalitarianism”.

Traits like envy still shape how we behave today in our complex highly networked societies because for most of human history they were evolutionarily advantageous.

This is why we still admire and respect humility, why we take such pleasure in seeing the mighty fall, why our children are so obsessively diligent when they are required to share a treat and why many of us feel awkward and uncomfortable when confronted by gold-plated ostentation. It is also why we respond so viscerally to inequality, why we regard narcissists as sociopaths and why demagogues are able to persuade us that elites — both real and imagined — must be brought to heel.

So if displays of excess during the holiday season put you in a foul mood, rather than suppressing your emotions, insult the turkey, mock the neighbors’ life-size animatronic Santa and scowl volubly if your gifts are not up to scratch, safe in the knowledge that even if it may not feel like it, if it wasn’t for behavior like this, we almost wouldn’t be celebrating the holidays in the first place.

James Suzman is an anthropologist specializing in the Khoisan/Bushmen peoples of southern Africa. He has lived and worked with every major Bushman group. His new book “Affluence Without Abundance: The Disappearing World of the Bushmen,” is out now from Bloomsbury.