Reagan adviser Bruce Bartlett: "Trump is clearly the most incompetent president we’ve ever had" 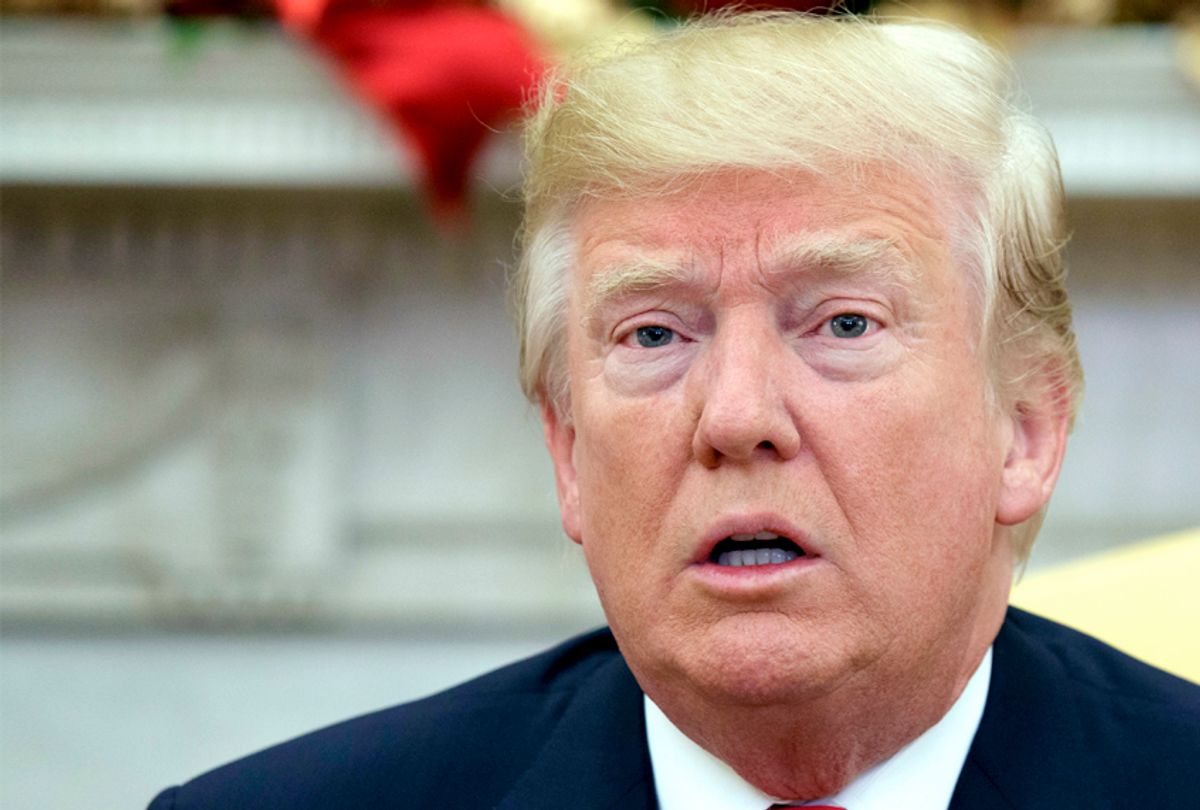 In a healthy democracy, journalists and reporters are supposed to be watchdogs, holding government and elected officials accountable to the people. Unfortunately, media consolidation, the allure of access to the powerful over truth-telling, and a transition from a semi-independent press to a corporate business model has weakened the Fourth Estate in America. This trend reached a low point with the 2016 presidential race and the election of Donald Trump as president.

In that moment, the American corporate news media was obsessed with "balance" and "fairness," instead of holding Donald Trump and his campaign (and subsequent administration) accountable for their almost unprecedented maelstrom of lies. The American corporate news media also continued to use outdated models of reporting that emphasized the "horse race" aspect of the election and how Trump would have to "pivot" and become a "normal" candidate, as opposed to highlighting how he was an autocrat and a petite-fascist who repeatedly demonstrated a deep disdain for democratic norms and traditions.

And of course, the skillful deployment of "fake news" — another tool of autocrats around the world — was central to Donald Trump's ability to outmaneuver and manipulate the American corporate news media as well as the millions of people who voted for him.

What can be done to rehabilitate the American corporate news media? How did a decline in civic and media literacy enable Trump to win the White House? Is there a way for the public to insulate itself against Trump's lies and strategic use of "fake news" to distract and manipulate the public? Can today's Republican Party be salvaged from the political extremism and rigid ideology that helped to birth the crisis that is Donald Trump's presidency?

In an effort to answer these questions, I recently spoke with Bruce Bartlett. He was a former adviser in the Reagan White House and also served under George H.W. Bush. Bartlett is a regular contributor to The New York Times and has appeared on CNN, MSNBC and other major news networks. He is the author of the new book "The Truth Matters: A Citizen's Guide to Separating Facts from Lies and Stopping Fake News in Its Tracks."

In our conversation, Bartlett explains some of the trends which led to a weakened American news media that was unprepared to confront Donald Trump and the Republican Party's onslaught:

When the mainstream media began to downsize to cope with the loss of revenue from advertising and subscribers, the first thing they did was lay off their most senior reporters. They were able to save a lot of money that way. The problem is that a lot of journalistic training takes place informally in the newsroom where young reporters learn from the old veterans who have been around for a long time. One of the things that you learn in that way that can't be taught in the university is how to tell when somebody is lying.

There is also “he said-she said” journalism, where in order to gain access to a source that can now go around the traditional news media through Twitter and other methods, you have to give them whatever they want.

Your source has to be convinced that you’re going to be good to them and get their message out the way they want it to be gotten out, so reporters are now almost forced to be stenographers. Now obviously the reporters can't just do that, but neither can they inject themselves into the story and say, “Okay here’s what my source inside the campaign is saying, my reporting in examination of the fact says this is all bullshit, that it’s a lie." They can't do that because then they burn their source, the source will never talk to them again if they tell the truth.

The crisis facing American democracy under Donald Trump's presidency is made worse by extreme political polarization, and how, like him, the Republican Party and movement conservatives also have a deep disdain for democracy as well.

On this point, Bartlett is extremely direct. "The Republican Party needs to die," he said. "It’s already a zombie, it’s brain dead."

During this episode of the podcast, I also reflect on Roy Moore's sex scandal and why conservatives are so enamored with a racist alleged pedophile.