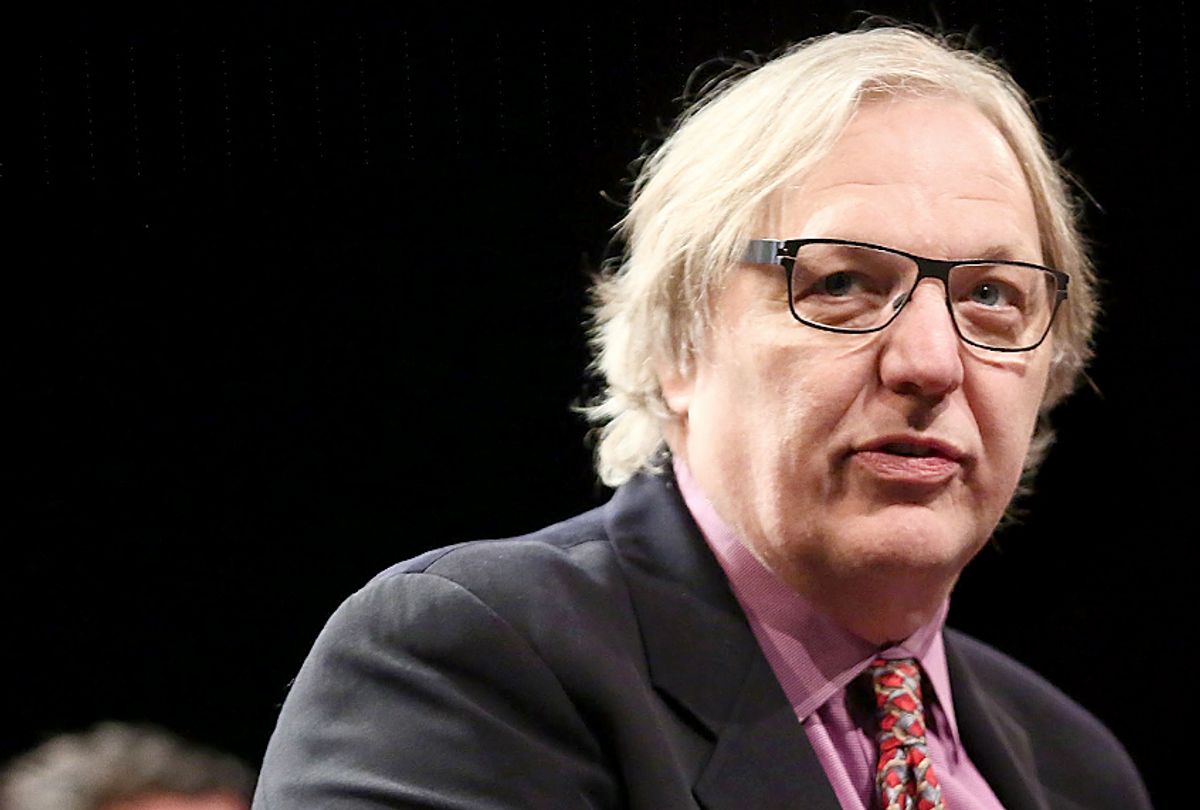 After New York Magazine’s “The Cut” broke a story detailing sexual harassment and bullying allegations against former host of WNYC’s “The Takeaway,” John Hockenberry, WNYC followed up with a self-reported piece in an effort to come clean about the accusations. Notable for its candor, the piece did leave several questions unanswered, however.

According to the piece, Hockenberry’s inappropriate, unpredictable and discriminatory behavior created “a hostile work environment,” specifically for women and especially women of color. The report was published on Monday, nearly four months after Hockenberry left the radio show for reasons that were unclear. At the time, company executives had been faced with Hockenberry’s declining performance as a radio host, WNYC reported, and one allegation of harassment that later turned into several.

The allegations, according to WNYC, included several unwanted sexual advances or moments of misconduct with female coworkers: forced kisses in 2011 and 2014, a hotel room invitation in 2012, constant and unwanted suggestive messages in 2017. Suki Kim, a journalist who had been a guest on the show, wrote for "The Cut" that Hockenberry’s messages persisted for over a year — well after she stopped responding. She reported he'd text her things such as “let’s do a date” and “miss you,” despite their entirely professional, short relationship.

He would also question the marital status of his female colleagues, asking questions like “Are you single yet?” WNYC reported, and a former producer recalled, “You never knew when you got up in the morning or went to bed at night whether there’d be some kind of ‘u up?’ message from Hock.”

It appears that Hockenberry’s conduct was not limited to sexual behavior and insinuations; he also reportedly made racist or insensitive remarks toward people of color, gay people and other minorities, even though “The Takeaway” touted itself as a progressive, inclusive show that sought “new voices.”

He reportedly told one fill-in co-host, a black woman named Farai Chideya, that she was a “diversity hire” and “should go lose weight.” Rebecca Carroll, another black female producer told WNYC that Hockenberry told her, “If it feels like a slave plantation mentality here at WNYC, that’s because it is.”

Hockenberry, though disabled due to a car accident when he was a teenager, is a straight, white male. Given that, and his alleged subsequent actions, his position at the helm of the show did not seem to align with its original message of diversity. Of course, by the time he left, “The Takeaway” was essentially the John Hockenberry show and not a platform for “new voices.”

Hockenberry's departure from "The Takeaway" was announced in late July, but the move was left largely unexplained to the staff, said WNYC. As far as the harassment claims, an email was sent by Laura Walker, President and CEO of New York Public Radio to the staff, saying that WNYC has appointed a third-party advisor to “undertake a full review of our policies and procedures.”

In another email, Walker confronted the issue of Hockenberry’s departure by citing the behaviors mentioned in Kim’s piece and an investigation that was undertaken at the time the allegations first came to light, according to WNYC.

In a statement through a spokesperson, Hockenberry admitted to his inappropriate conduct, saying: “I’ve always had a reputation for being tough, and certainly I’ve been rude, aggressive and impolite. Looking back, my behavior was not always appropriate and I’m sorry.” He added, “I have no excuses.”

Though WNYC’s self-reporting on their on host seems partially like a sincere attempt at transparency, it also makes one wonder why they didn’t then publish a piece before being exposed by "The Cut" — and didn't make the reason for Hockenberry's departure clear to the staff from the start.

“There’s still frustration with the fact that station management has not really come clean,” one producer told WNYC. After four months, the piece comes off as too little, too late and the station's commitment to its employees and the ethical liberalism it espouses too compromised.