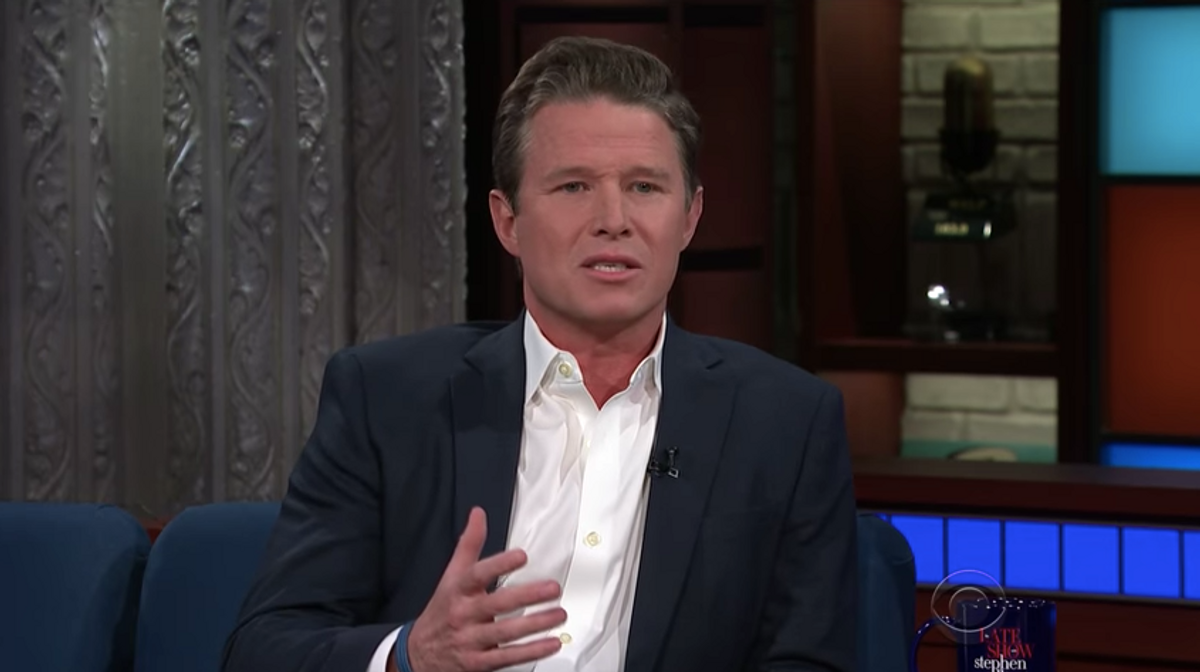 Billy Bush sat down with Stephen Colbert on "The Late Show" Monday night to discuss the infamous "Access Hollywood" tape, as President Donald Trump has recently told others in private that it was not his voice on the recording.

"By the way, I would also like to say that’s not me on the bus," Bush jokingly told Colbert at the beginning of the interview. "You don’t get to say that, because I was there, and the last 14 months of my life I have been dealing with it. You dealt with it for 14 minutes and went on to be the president."

Bush went on to say, "Like I said, you can't say that. I was there, you were there, that's your voice."

"All right, don’t give away the ending," Colbert replied.

The interview came after Bush penned an op-ed in The New York Times in which he reiterated that the tape is real.

Bush also discussed the impact the tape likely had on the numerous women who have accused the president of sexual harassment, or otherwise misconduct, before he was in office.

"20 women don't get together and say, Hey you know what would be really fun, let's take down a powerful guy together," Bush said. "No they don't! They're re-opening wounds on them too; enough is enough, stop playing around with people's lives."

Bush continued, "That upset me, so I wrote."

So far, at least 16 women have accused Trump of some variation of groping or sexual misconduct.

But Colbert didn't let Bush off easy for encouraging Trump during their conversation on the 2005 tape, and asked him to explain what he thought of it now. Bush explained that it seemed to be a crass stand-up comedy routine, but Colbert pressed him and asked why it seemed like a comedy routine if the camera wasn't rolling.

Bush said Trump was entertaining the other men on the bus "and doing his bit."

"If I had thought there was a man detailing a sexual assault strategy to me, I would have called the F.B.I., not just reported it to my executive producer. So you know, that was it for me," Bush explained.