After employee complaints, an investigation was conducted into Dylan Howard's behavior in 2012 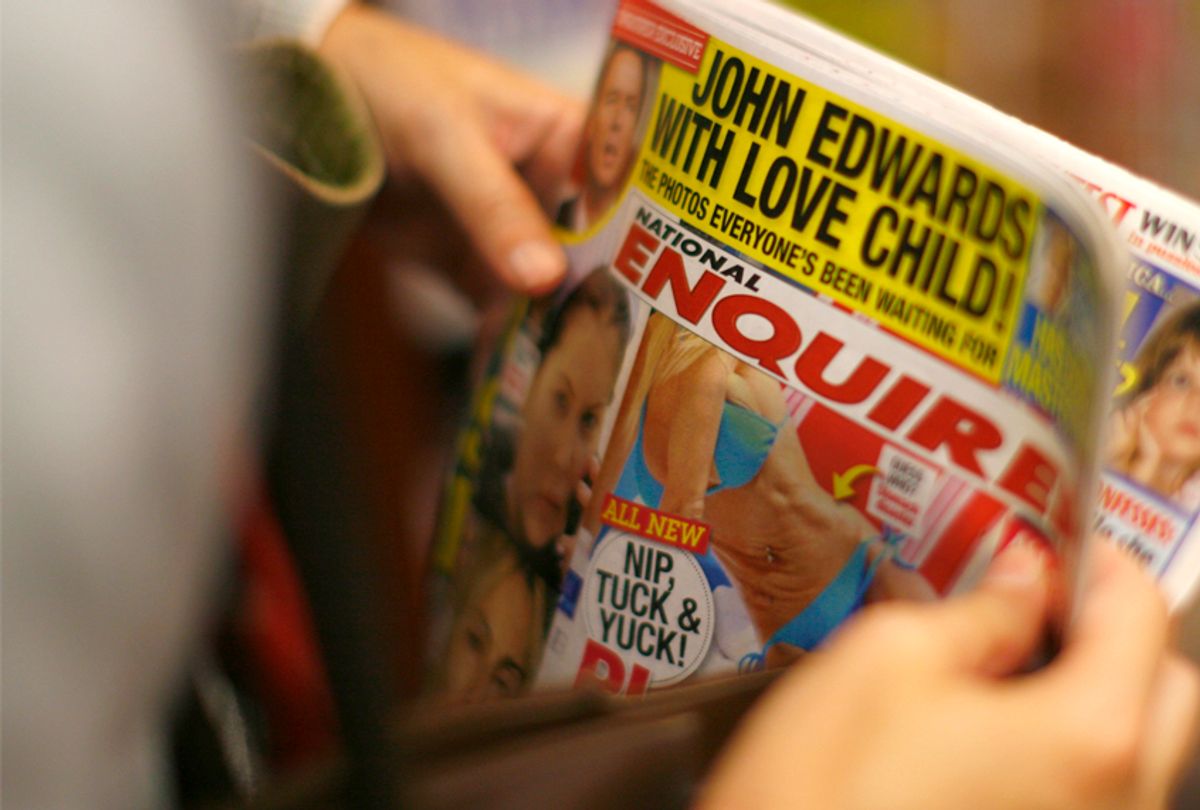 Dylan Howard, chief content officer of American Media Inc., which publishes prominent gossip and tabloid publications like The National Enquirer, Us Weekly and Star, is the latest power figure to be accused of sexual misconduct, according to the Associated Press. Former employees told AP that Howard encouraged women to have sex with sources for information, described his sexual escapades and forced women to watch or listen to non-newsworthy celebrity sex tapes.

The AP obtained a copy of an invitation for Howard's 30th birthday party in January 2012 where he invited a dozen employees to Las Vegas for an three-day party called "Dildo’s Dirty 30." A week later, the investigation began, AP said.

A lawyer for American Media told AP that an investigation into Howard's behavior did take place after employee complaints, "but none of it rose to the level of harassment that would require termination," attorney Cam Stracher said.

The author of the report also confirmed its validity, and that it included interviews with close to 20 employees, and recommendations for how to proceed. But Stratcher refused to release the findings to AP.

Howard left the company after the report, yet was rehired a year later to work in the New York office. Stracher told AP that Howard was "cautioned when he returned that what I would characterize as horsing around was not appropriate."

Former senior editor at RadarOnline, Maxine “Max” Page, said she complained to human resources about Howard on behalf of two women colleagues. "Howard told employees in the newsroom he wanted to create a Facebook account on behalf of the woman’s vagina, commented on her sex life and forced her and other female employees to either watch or listen to graphic recordings of sex involving celebrities despite there being no professional rationale for doing so, they said," the AP wrote. Other employees under the condition of anonymity told AP that Howard repeatedly made inappropriate comments to women and would graphically describe his own sex life in the newsroom.

Many of the former employees said they were inclined to speak out about Howard's behavior after a New Yorker article published emails that showed Howard coordinating with Harvey Weinstein to undermine women accusing the movie producer of sexual assault.

Howard told the AP that the allegations from former employees were "baseless."